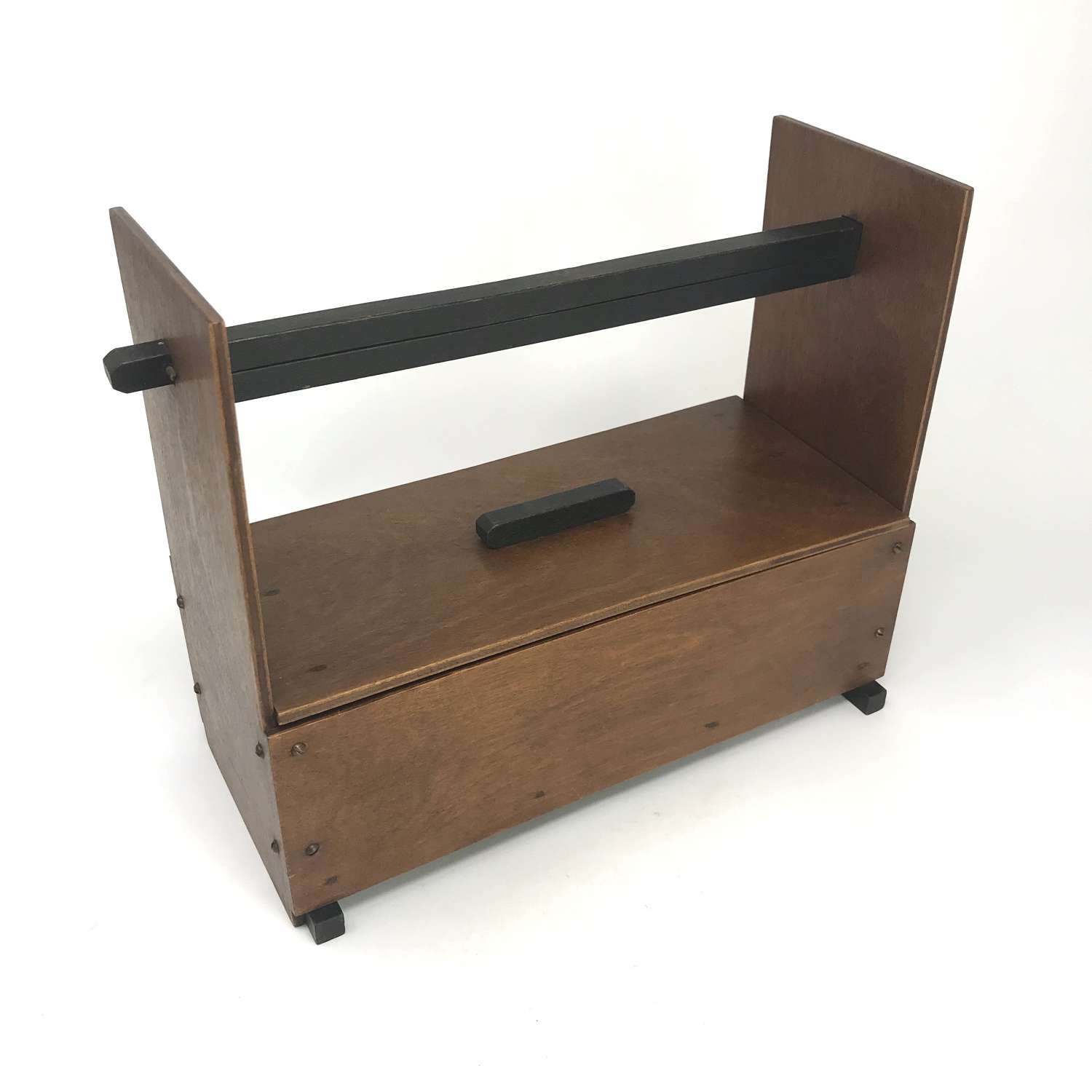 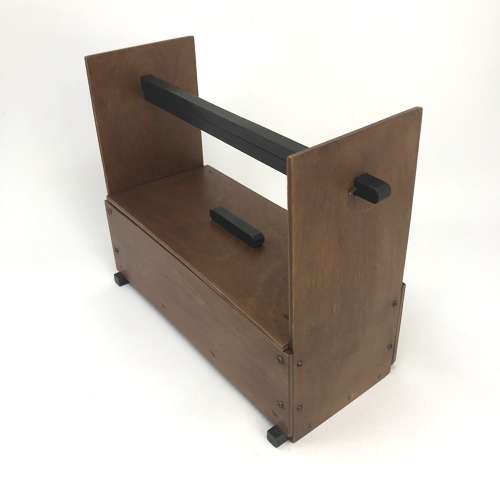 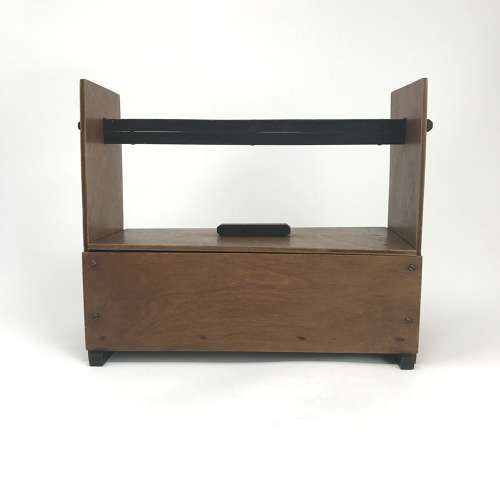 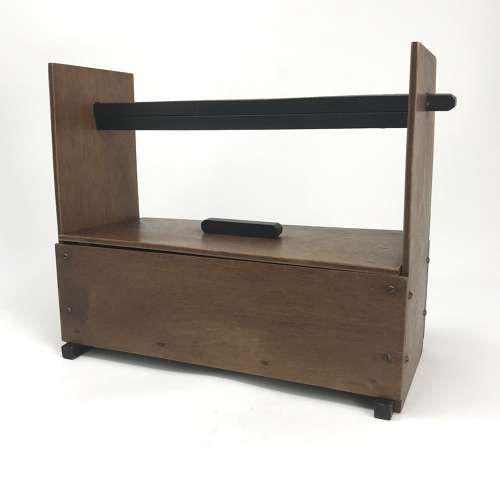 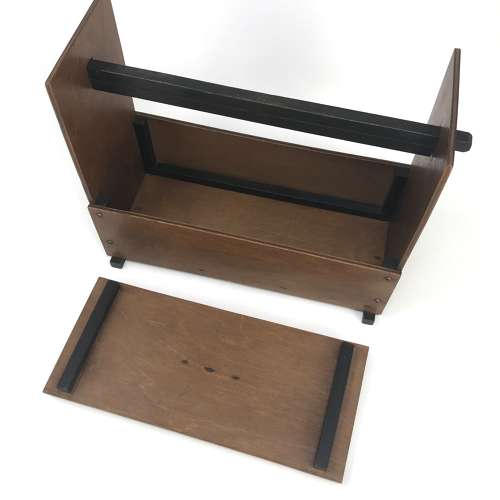 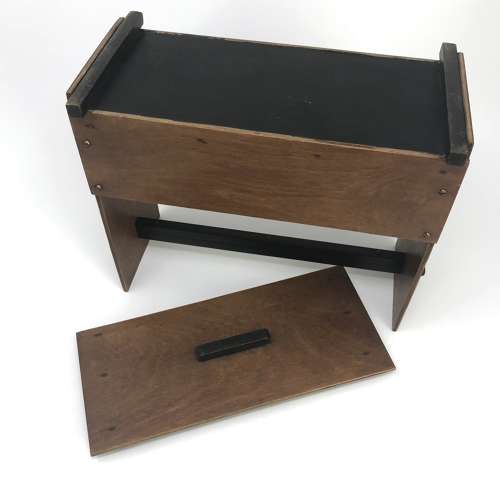 Amsterdam School lidded wooden box with handle in a modernist style. Probably from the Deventer region of the Netherlands c1930. With original brass screws.

Excellent used condition. Lid slighly raised on one side.