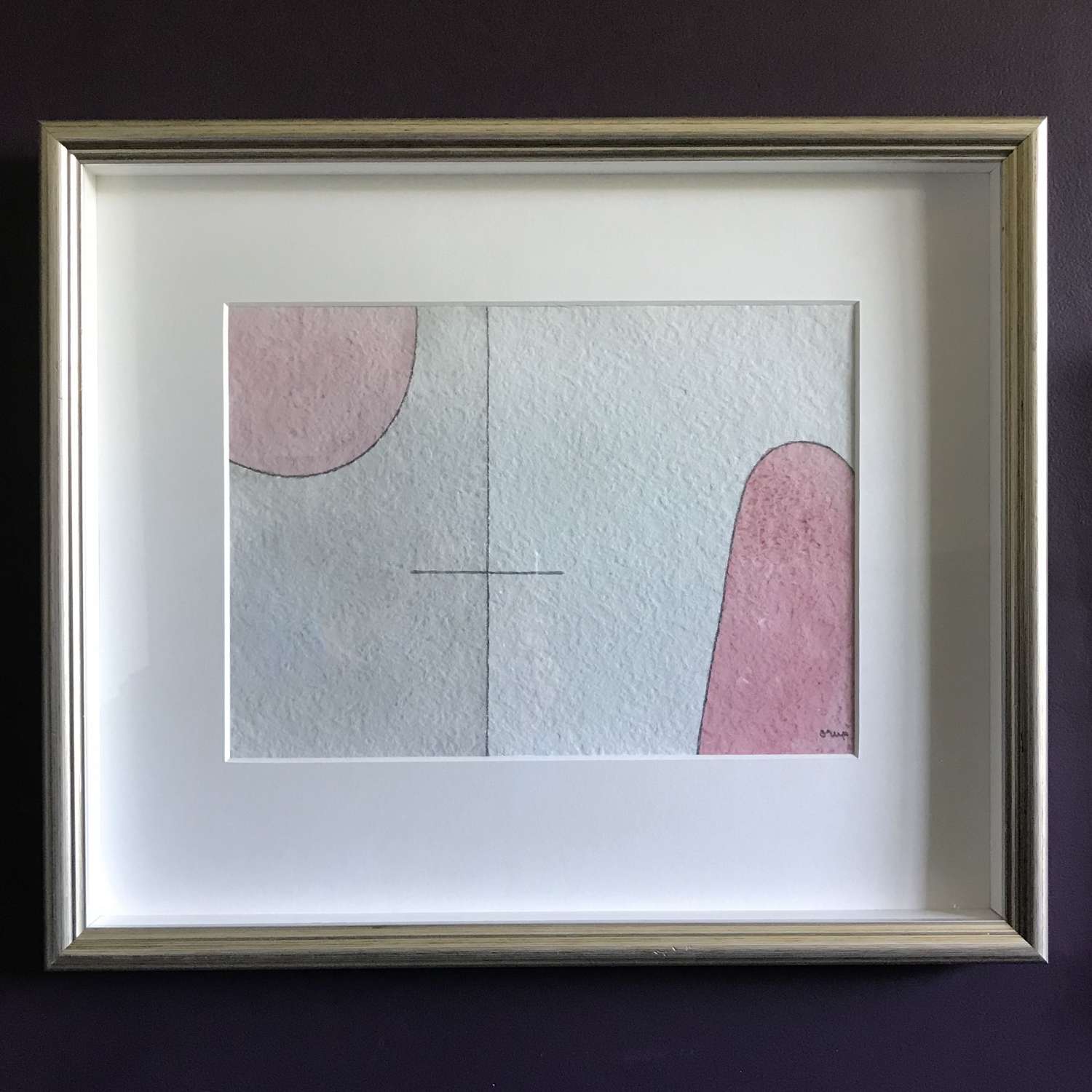 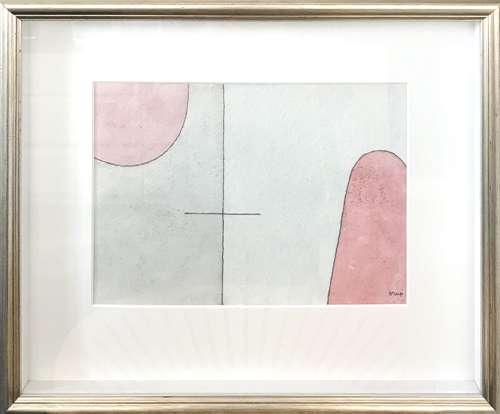 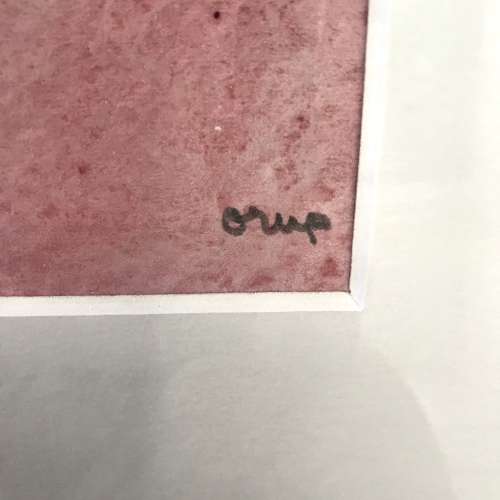 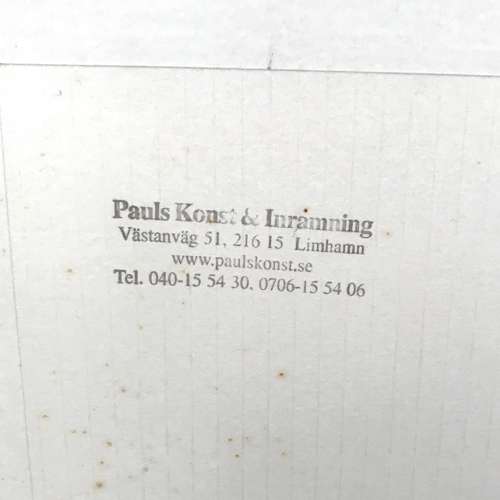 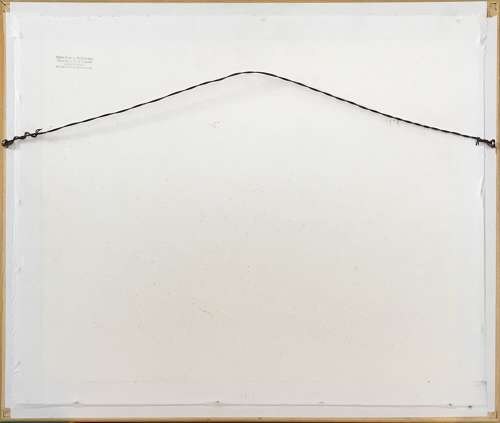 Abstract Watercolour in pink and grey on paper. Framed. Signed. 2 of 2 listed.

Bengt Orup (1916-96) was a leading Swedish modernist artist and glass designer. He studied art in Stockholm in the 1930s and spent some time in Paris in 1938 and again after the war. He was influenced by the post-war move to abstraction in art. He also became a glass designer for Johanasfors and is best known as one of Sweden's leading post-war glass designers. He continued to paint and exhibit his work. He was Visiting Professor at the Royal College of Art in London in 1968. After retiring from glass design in the 1970s he continued as an artist. His work is held in museums worldwide including MOMA, New York, Victoria and Albert Museum, London and the National Museum in Stockholm.