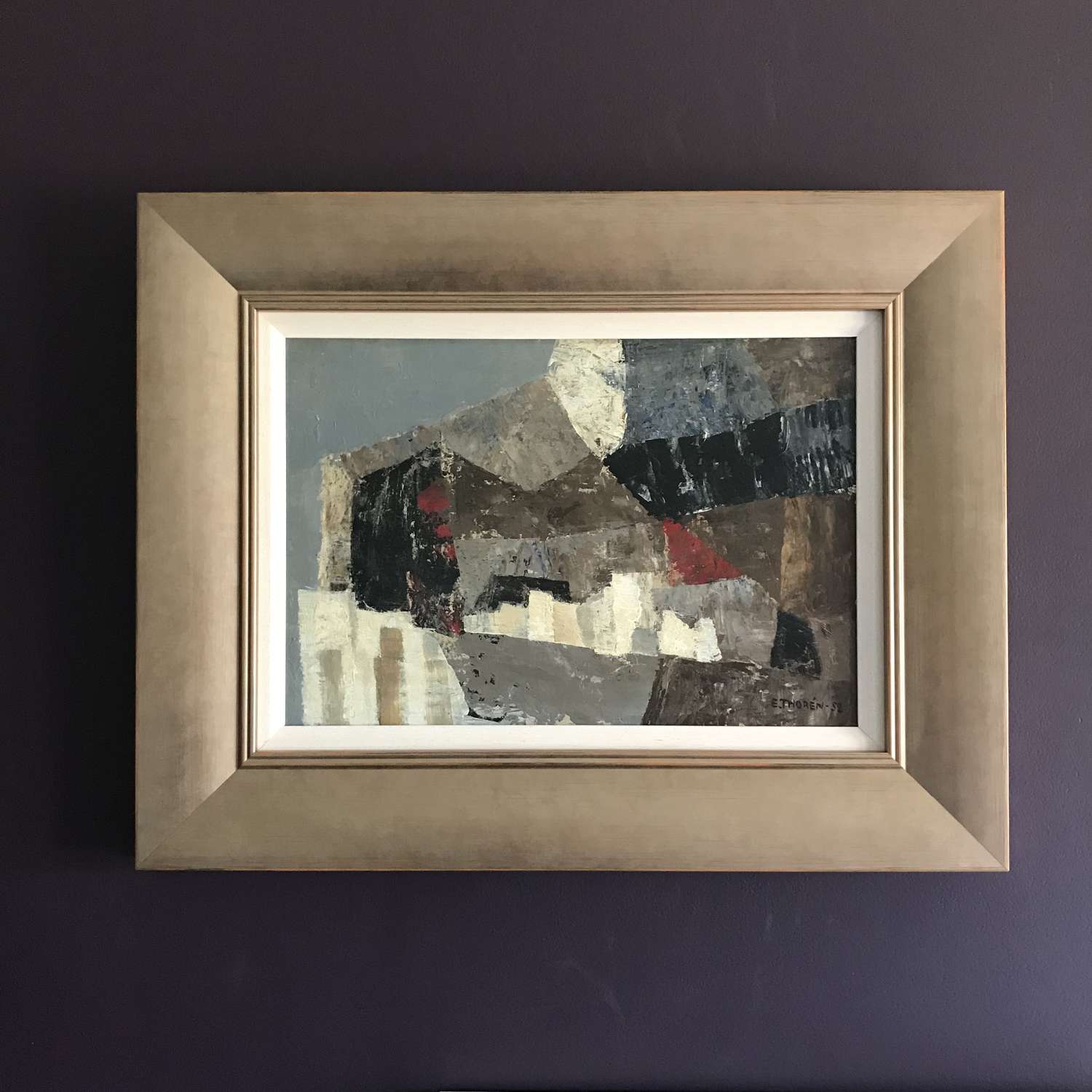 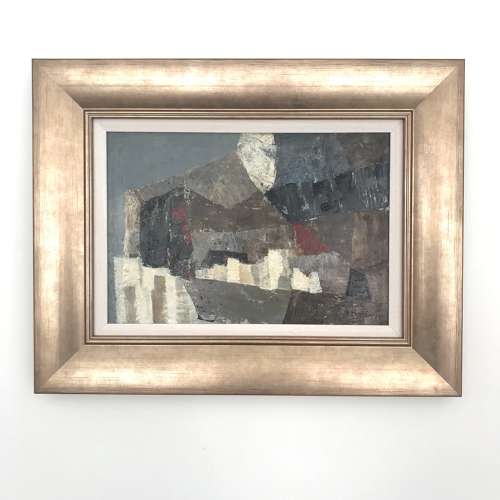 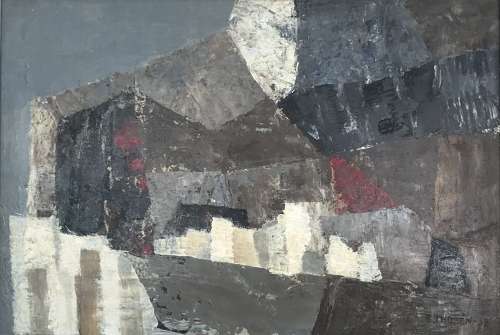 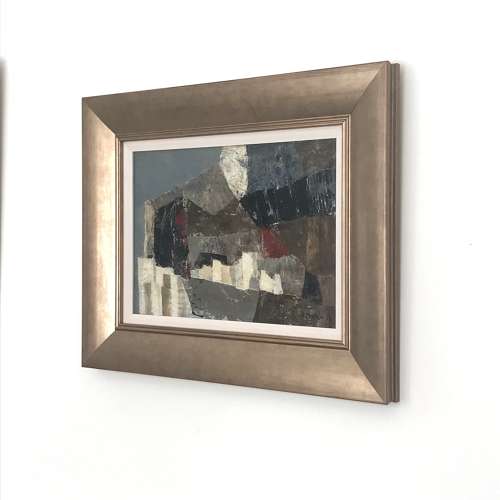 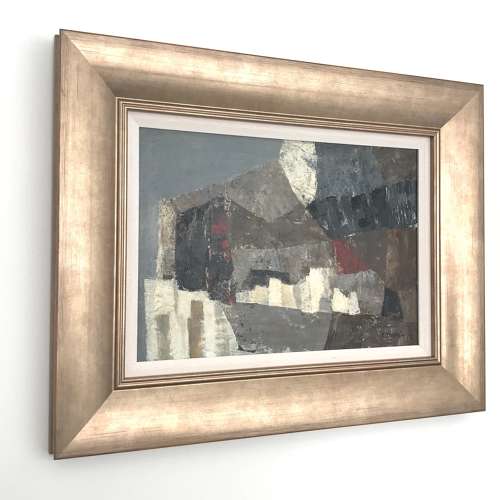 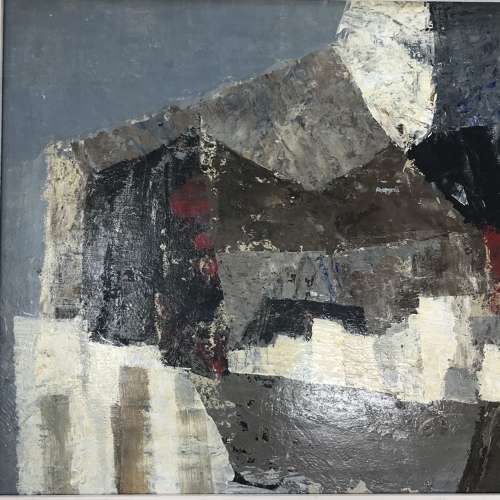 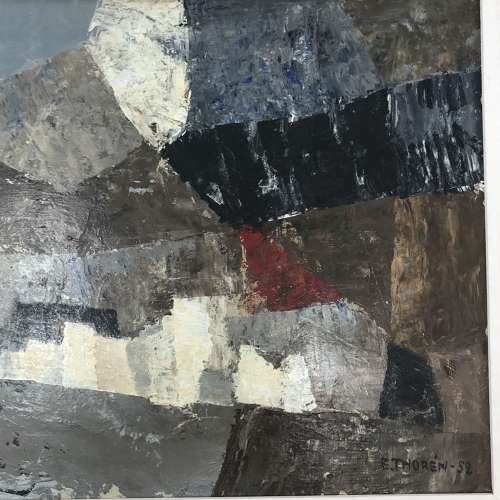 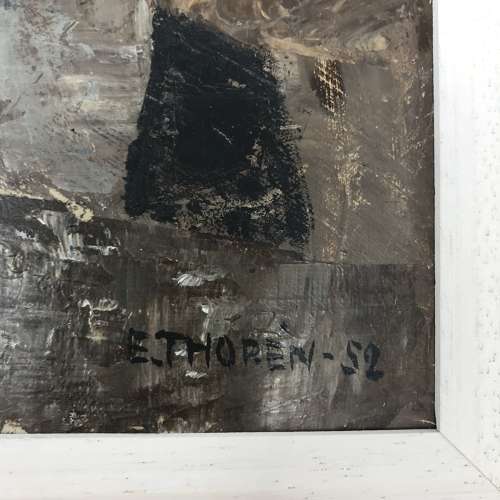 Esaias Thorén (1901-81) was a leading Swedish artist who studied in Paris in the 1920s with Carl Wilhelmson. While there he visited Fernand Léger's studio and was influenced by his approach.  Initially inspired by cubism he later developed more as a surrealist artist in the 1930s and was part of a group of artists in Halmstad group who followed that approach including Waldemar Lorentzon, Axel and Eric Olson each of whom went on to become notable artists in their own right. He exhibited widely in Sweden where is is well-known and collected as a leading Swedish modernist. His work is represented in the Museum of Modern art in Stockholm, Gothenburg Art Museum and the Malmo Museum.