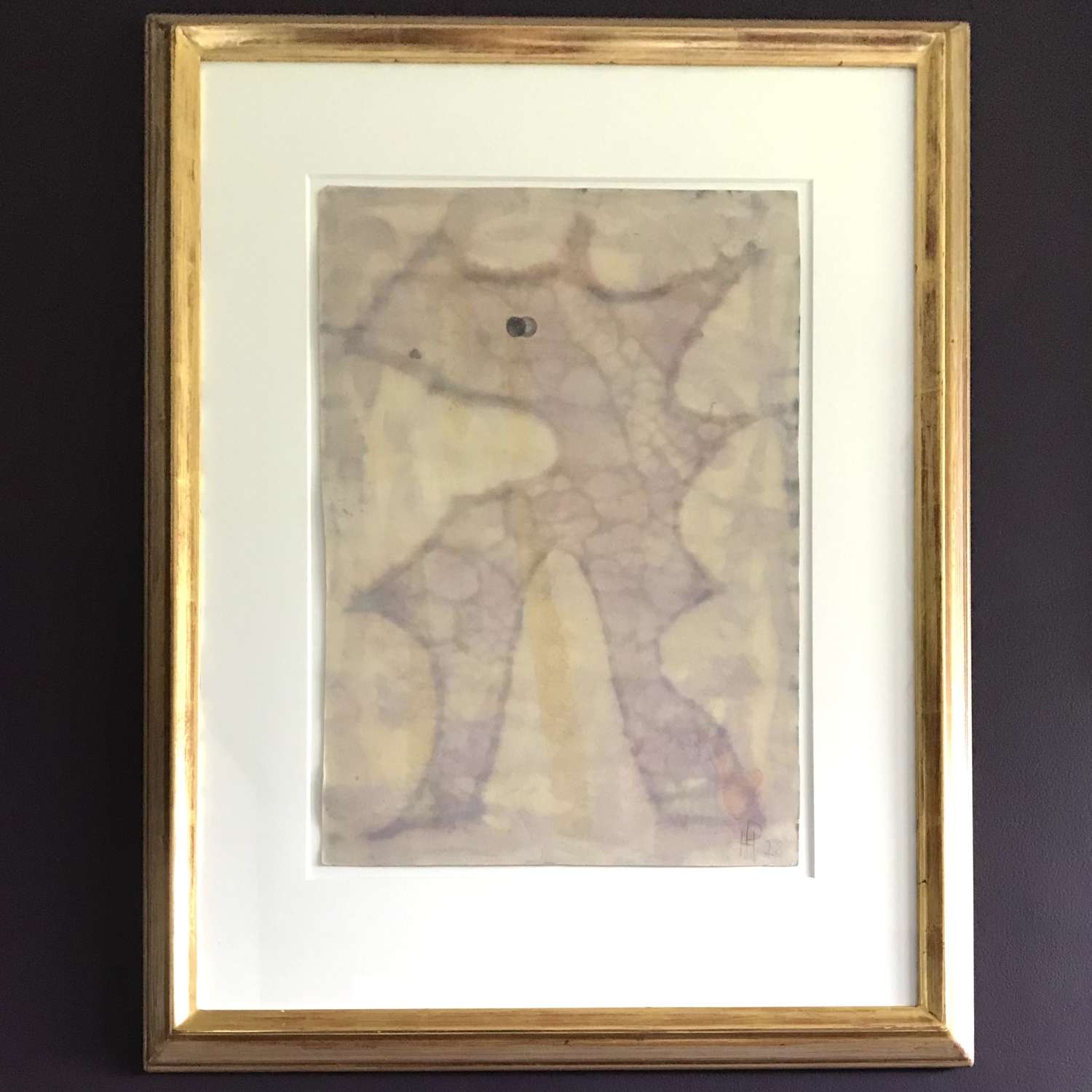 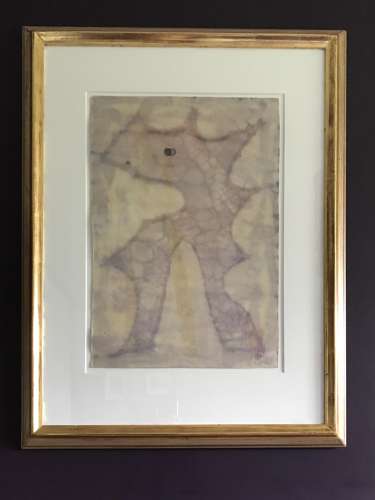 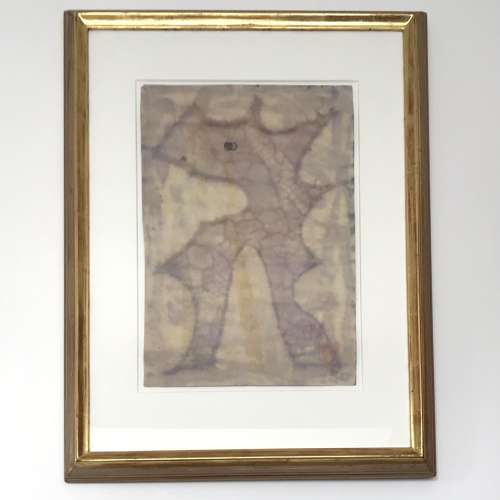 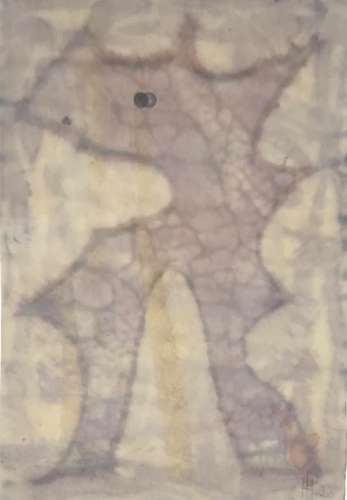 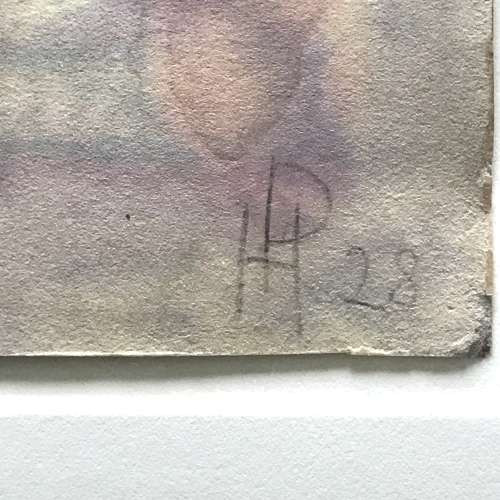 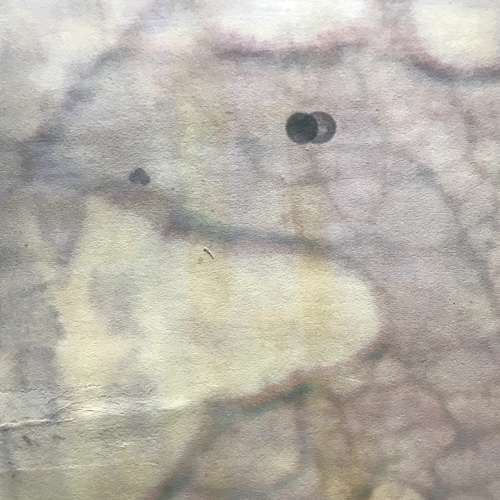 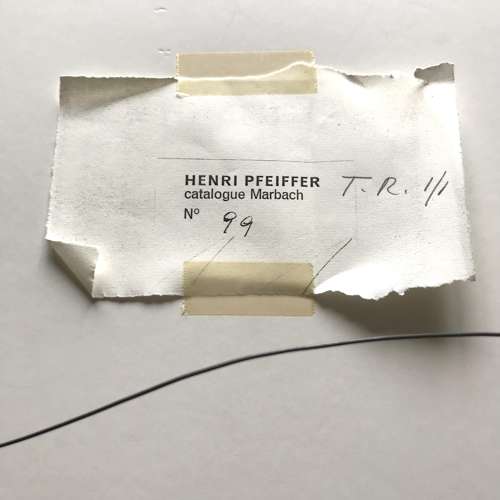 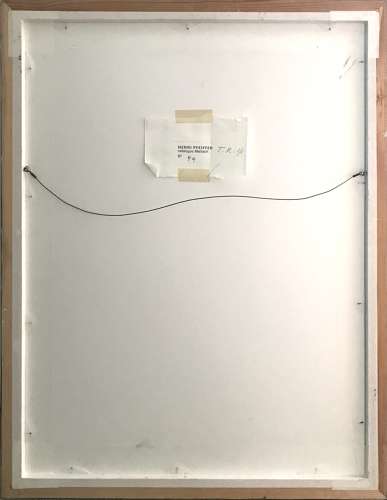 Painted by Pfeiffer, who was a student at the Bauhaus, who worked closely with Paul Klee. Klee's influence can be seen strongly on his work, including on this image.

Please enquire on postage costs if you wish to purchase this item.

Henri Pfeiffer (1907-94) began his studies in art, focused on colour theory, at the University of Bonn in 1921. In 1924 he enrolled as an apprentice at the Bauhaus where he was taught art by Paul Klee and Wassily Kandinsky, two of the giants of European modernism. After the Bauhaus closed in Weimar he went on to study at the University of Cologne and continued to paint. He resumed his studies at the Bauhaus in 1929 after it relocated to Dessau. He continued his association with Klee after the closure of the Bauhaus but in 1933, after the Nazis had seized power, he was forbidden by the authorities from producing any more art as it was deemed degenerate. He went on to become a respected opthalmologist who specialised on sight, chromatography and colour. After the war he took on French citizenship and lived in France until his death in 1994. Exhibitions of his early watercolours associated with his time at the Bauhaus were held in Paris in 1959 and 61.