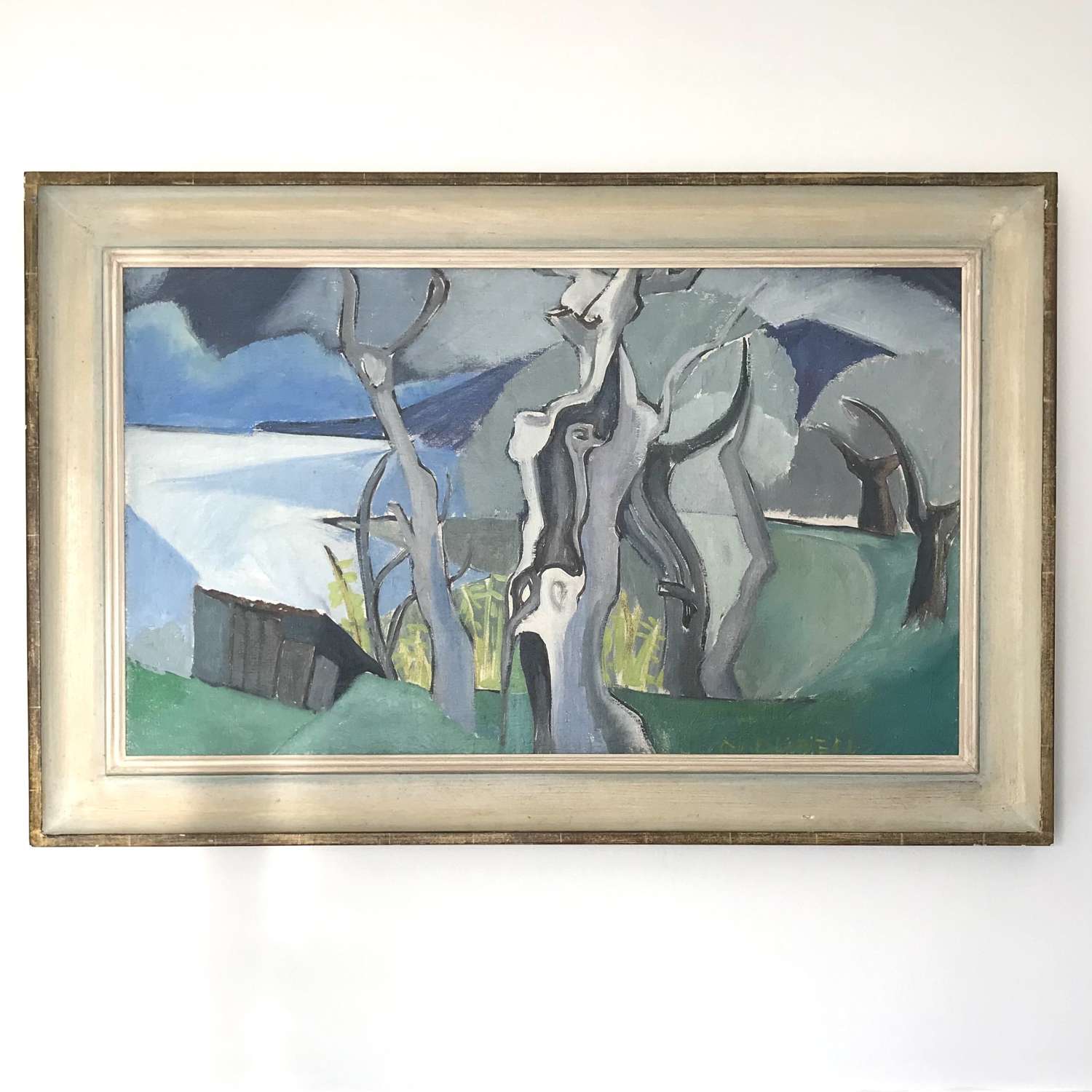 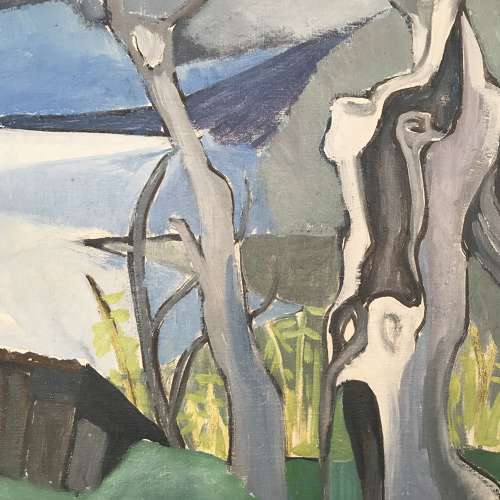 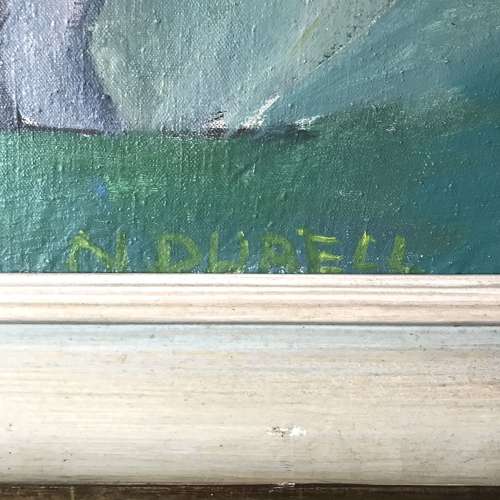 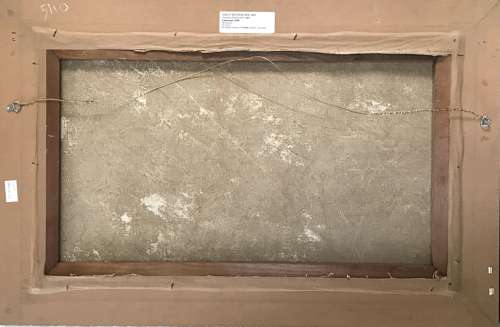 Exhibited Sally Hunter Fine Art Gallery April 2005 as no 2 in the catalogue.

Please enquire. An individual postage quotation will need to be given because of the size of this work.

Nommie Durrell (1905-89) was born Mary Louise Lasenby and was related to the family that owned the Liberty's store in London. She studied at Rodean and The Slade before moving into teaching with her husband Harry Durell. Progressive in their teaching methods and conscientious objectors, they worked at Dartington Hall during the war. Post-war she also taught at the progressive independent school Bedales for some time. Before the war she exhibited widely including at the New English Art Club (NEAC). Her work slipped into relative obscurity post-war as she devoted most of her time to running a boarding house in Hampstead and spending the summers painting on the Riviera. Her work was re-discovered after her death by London based gallery owner Sally Hunter who organised retrospective exhibitions of her work in 1992, 1994 and 2005. Her work is now receiving greater recogntion for its significance and contribution to modern British art.