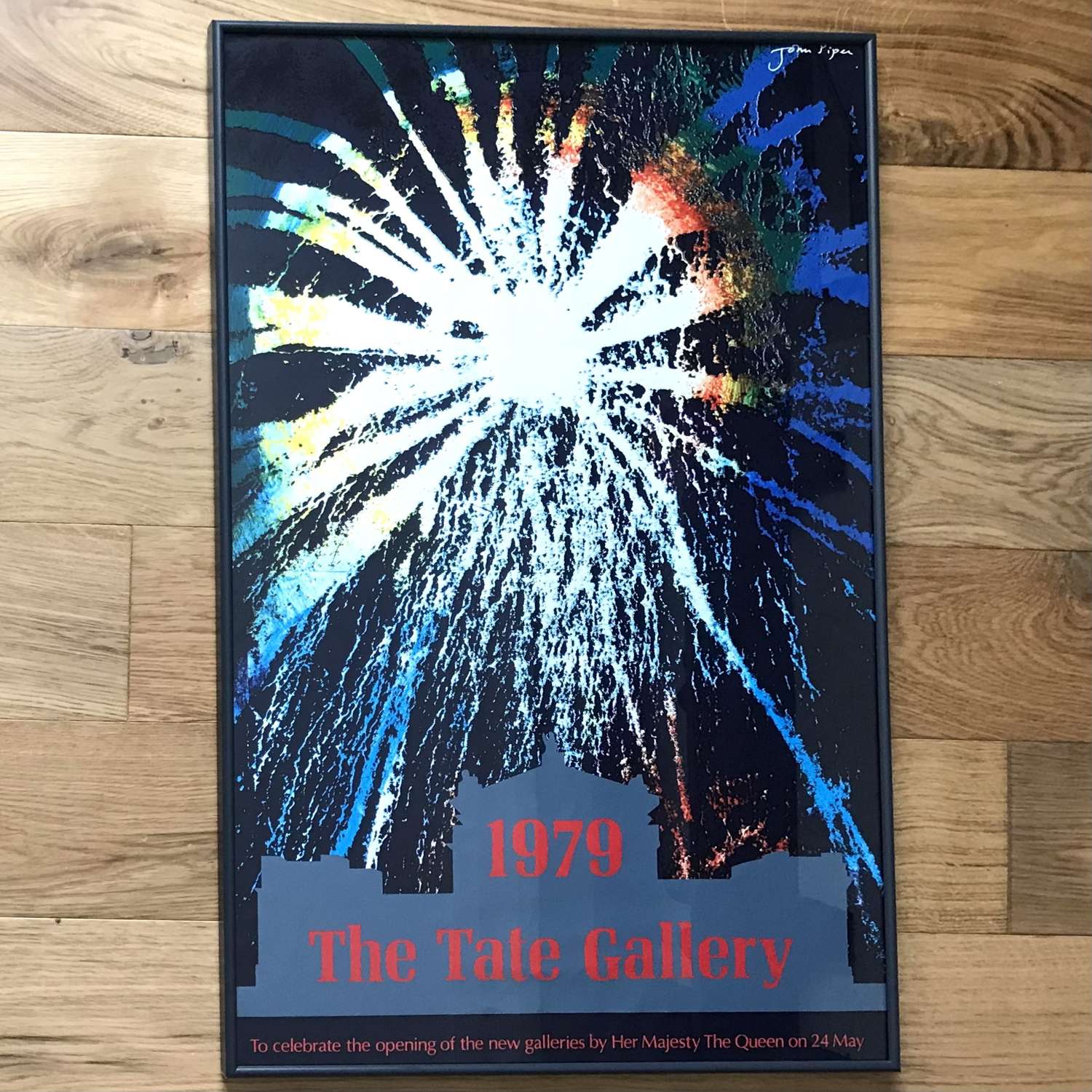 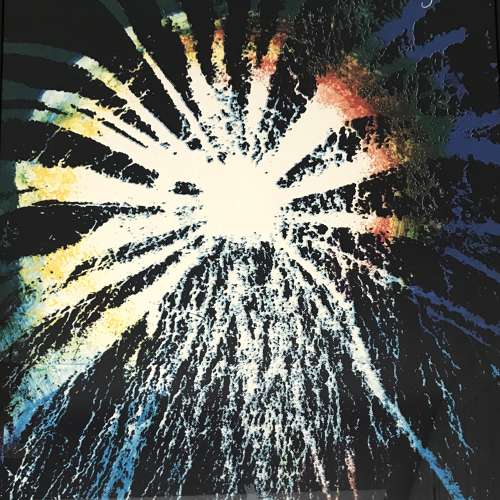 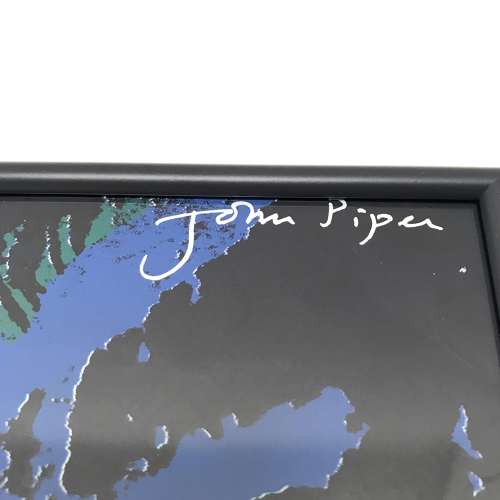 John Piper exhibition poster for open of new galleries of Tate Gallery, London 1979. Signed in the print top right. The image of fireworks for this poster was designed by Piper. Newly framed.

John Piper (1903-1992) was a major figure in Twentieth Century British art. He studies at Richmond School of Art and the Royal College of Art. Early on in his career, before the Second World War, he developed an abstract style influenced by European Modernism. During the war he was an official war artist often depicting bomb damage, most notably of the destruction of Coventry Cathedral. After the war he became one of the leading figures in the Neo-Romantic school alongside Graham Sutherland, John Minton and Keith Vaughan, often depicting scenes from the English Landscape, historic buildings. foliate heads and other themes from an idealisted or lost pastoral past but in a modernist style. Major commissions incuded designing the baptistry stained glass window for the new Coventry Cathedral which opened in 1962. His work is held in collections worldwide including the Tate Gallery, Victoria and Albert Museum, National Galleries of Scotland, Philadelphia Museum of Art, Indianapolis Museum of Art.