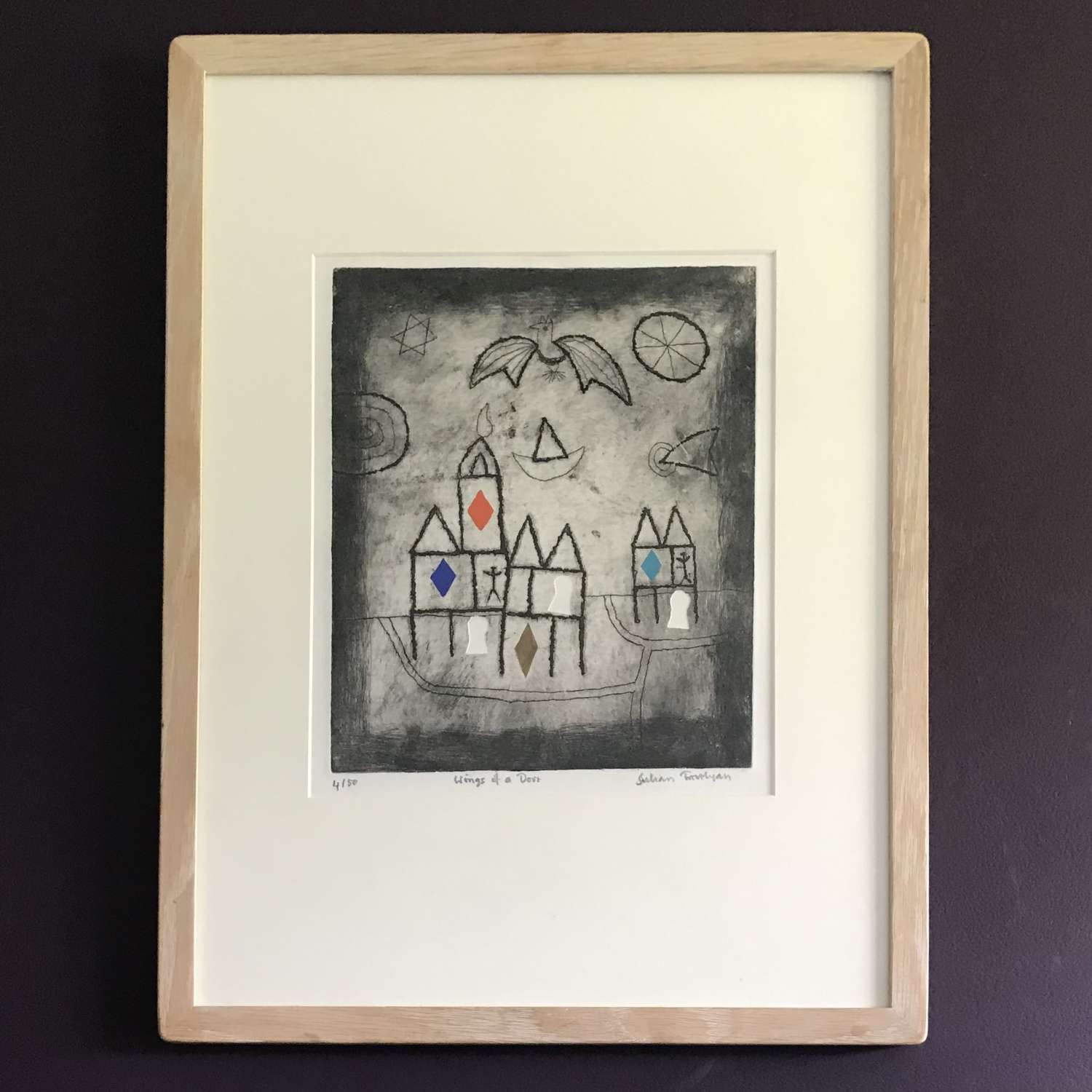 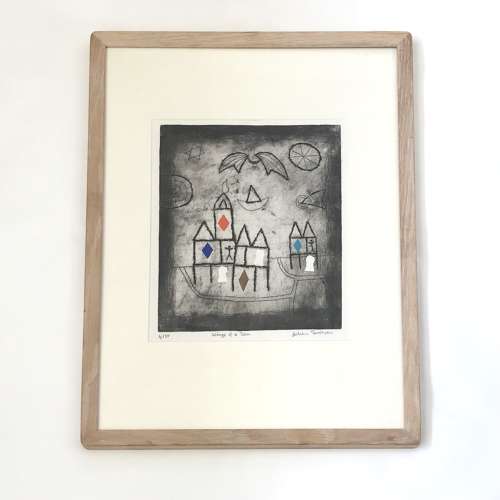 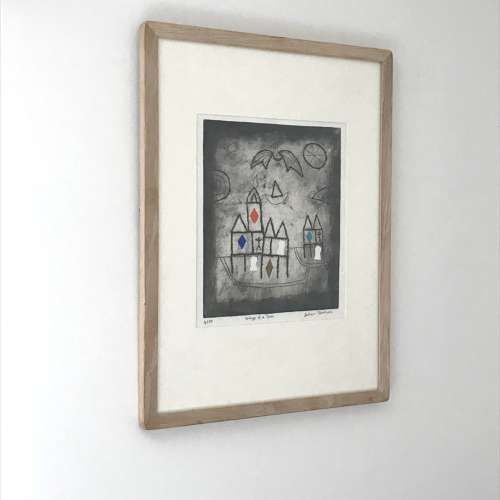 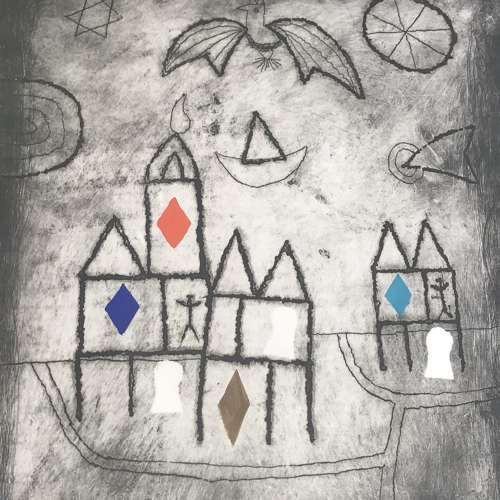 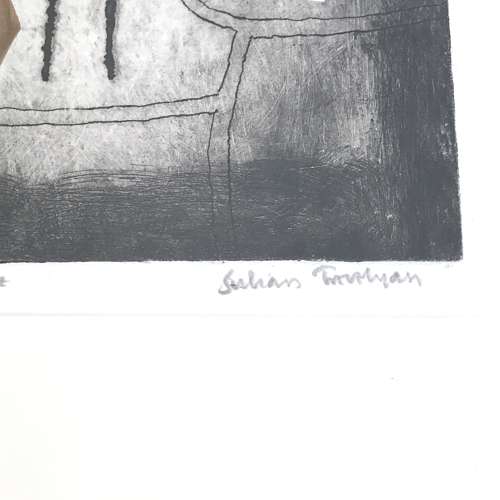 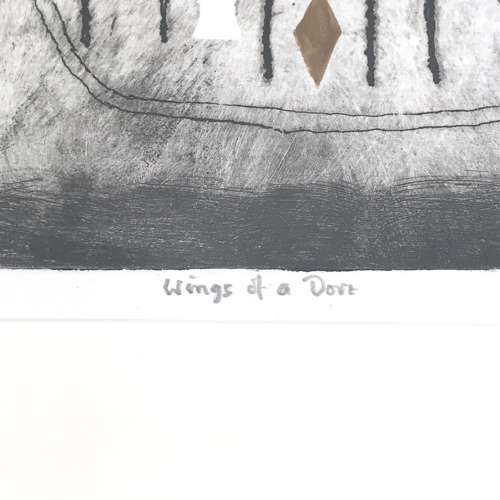 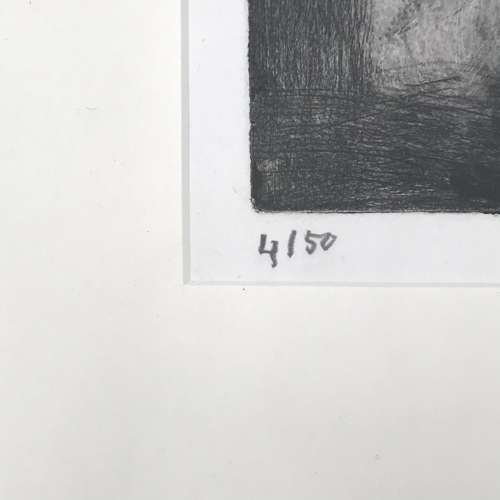 Julian Trevelyan Wings of a Dove etching with hand colouring 1983

Julian Trevelyan RA (1910-88) was a leading British artist and printmaker. After studying literature at Cambridge he moved to Paris to become an artist studying printing and etching with Stanley Hayter where he worked alongside leading artists such as Miro and Picasso. He returned to London and set up a studio in 1935. His early work was influenced by Surrealism but he later turned to a more realist style with a strong emphasis on bold shape and colour combinations. As well as producing his own paintings and etchings he also taught etching, first at the Chelsea School of Art and, from 1955-63, at the Royal College of Art. His students included David Hockney, Ron Kitaj, and Norman Ackroyd. He was hugely influential on the print and etching movement that developed in Britain in the 1950s and 60s. He was appointed a Royal Academician and was married to the artist Mary Fedden. A posthumous exhibition of his work was held at the Pallant House Gallery, Chichester in 2010. The Tate Gallery in London holds over 100 examples of his work.