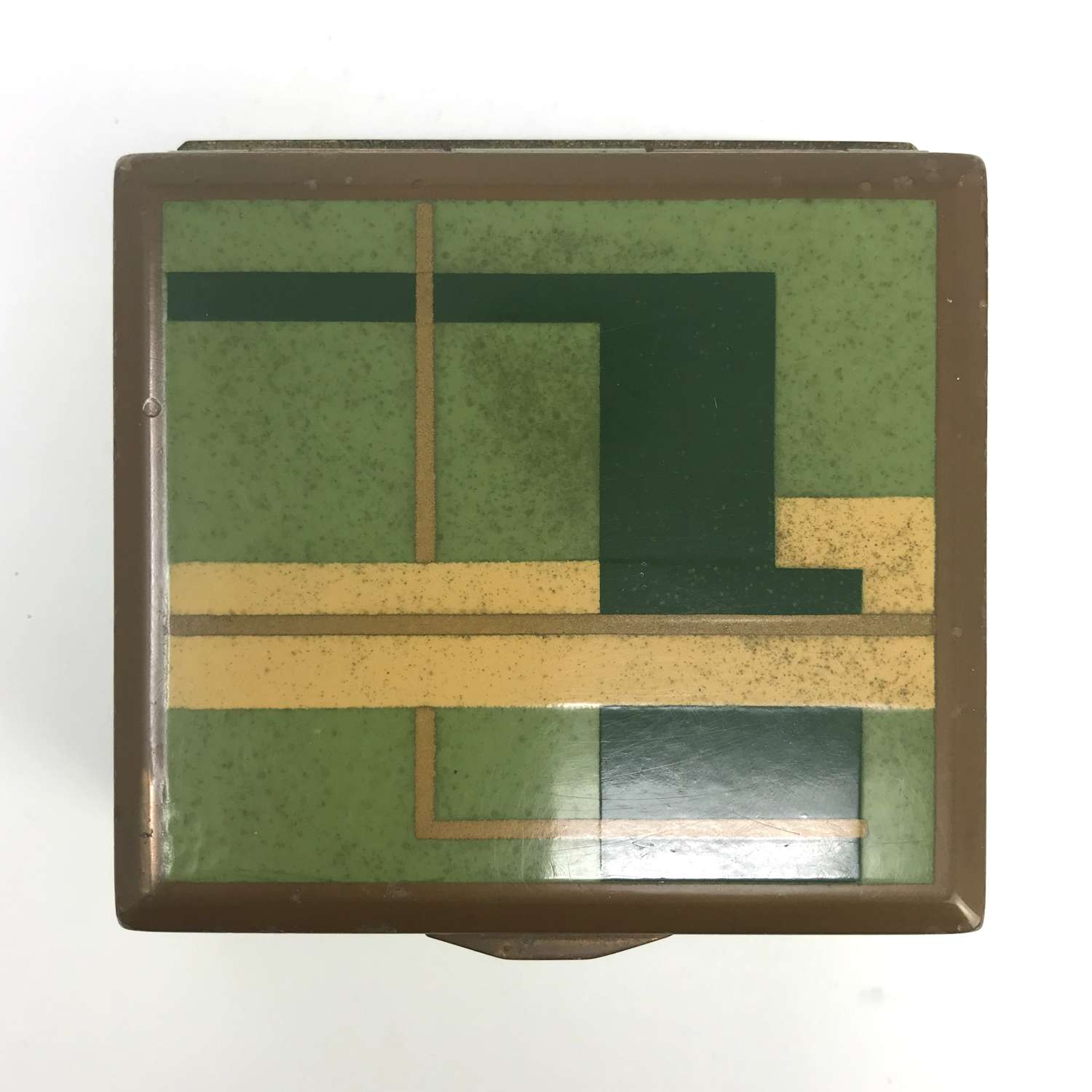 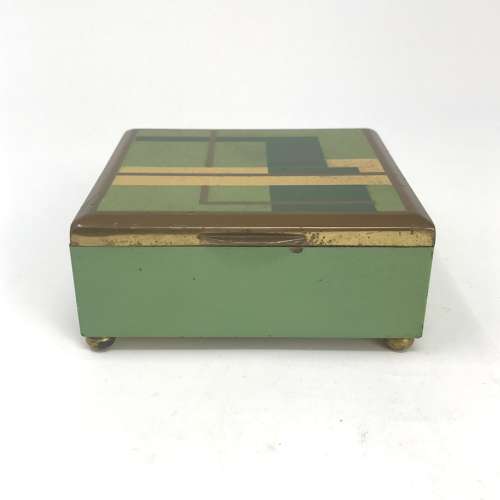 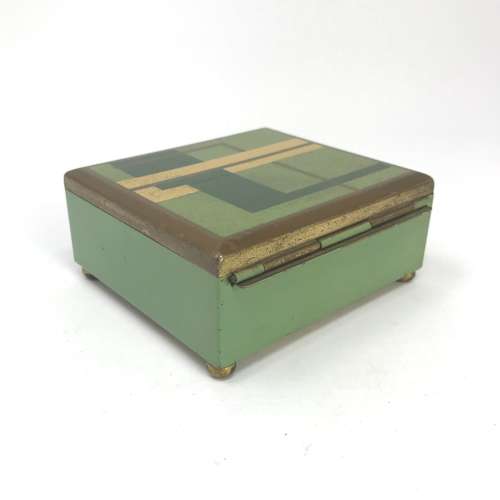 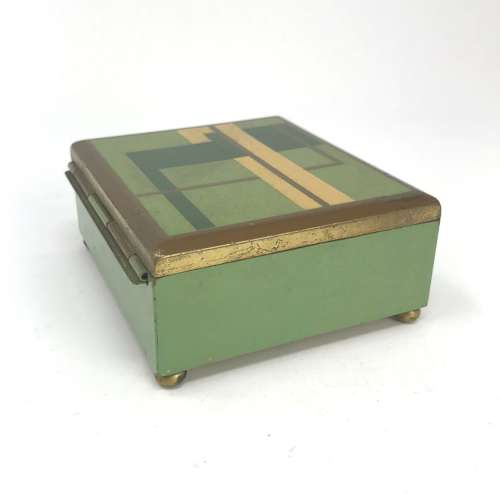 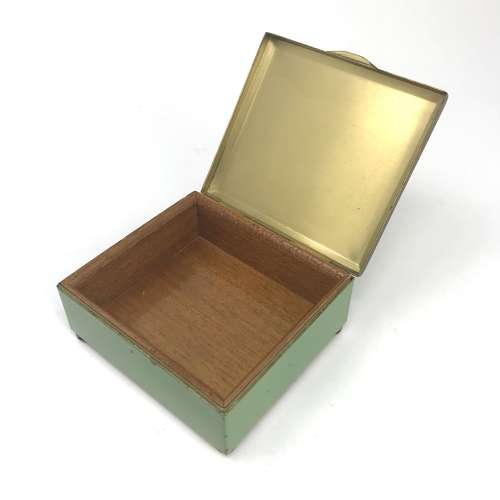 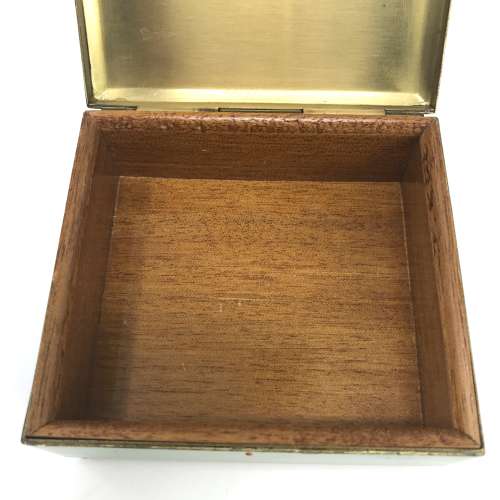 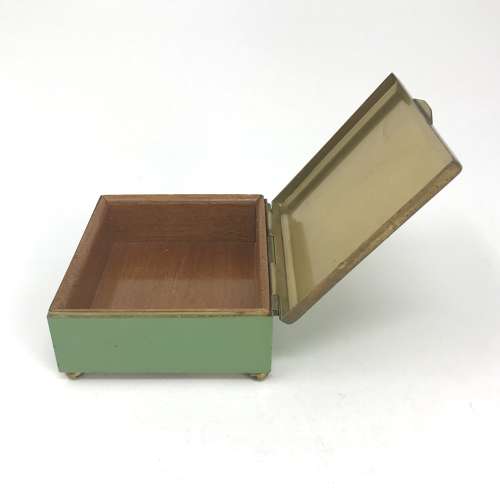 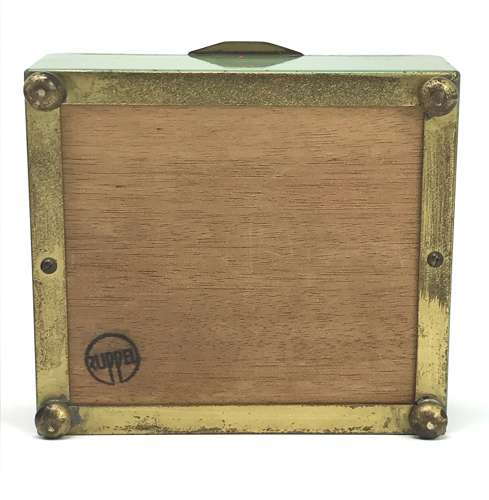 A wooden and metal hinged and lidded box with geometric pattern in green and yellow designed by Marianne Brandt for Ruppel Werke, Gotha, Germany in c1930.