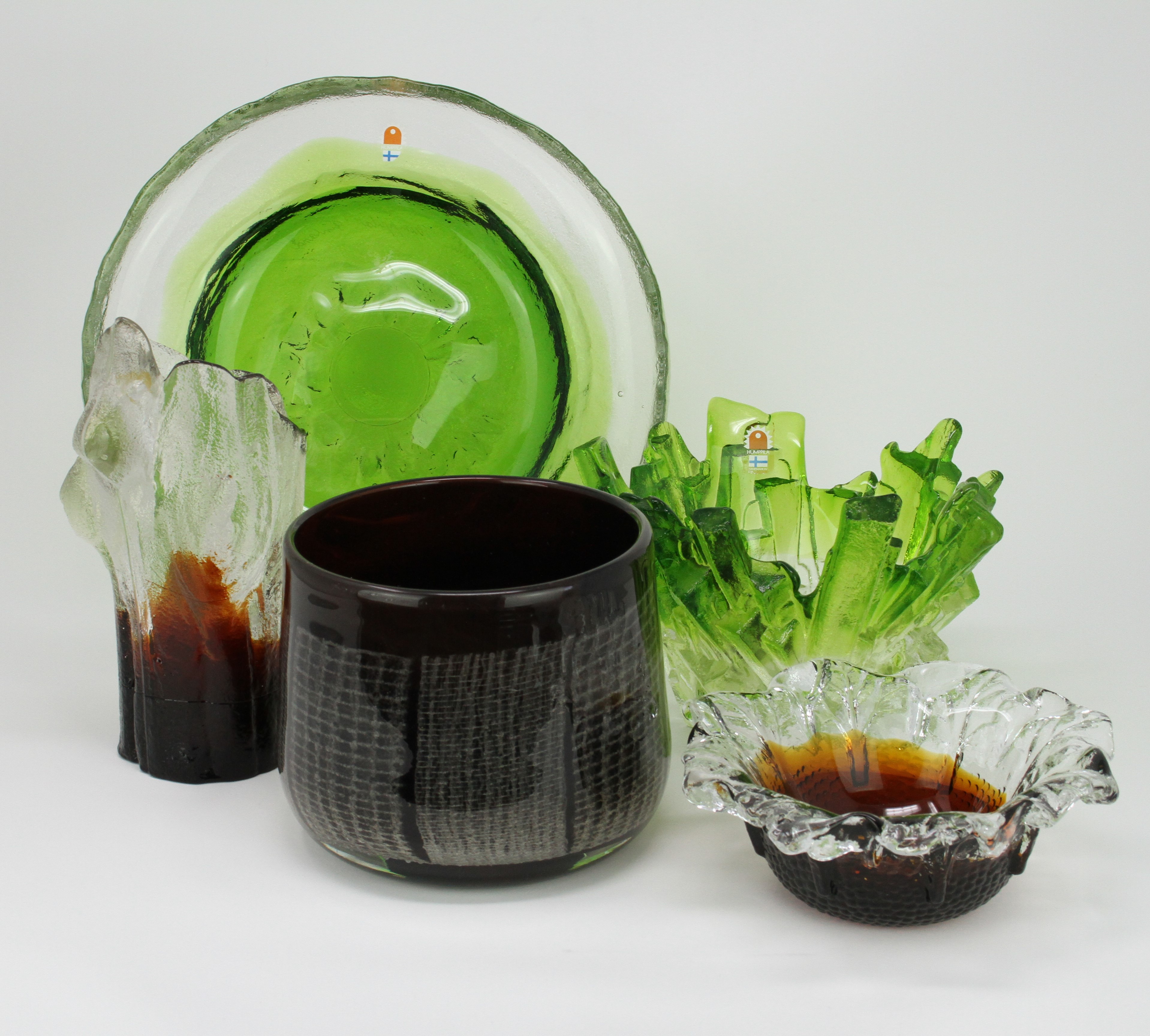 During November 2019 we are showcasing 13 items of Humppila glass designed by Pertti Santalahti. Humppila were set up in Finland in 1952 by the Helender brothers. From the outset they made both table wares and art glass. During their years in production they had a number of leading Finnish glass designers working for them including Henrik Koivula, Pertti Santalahti, Tauno Wirkkala and Kaj Blomqvist. As with many Scandinavian factories they bought other glassworks and were in turn bought by others. For example, they bought the Kumela glassworks in 1979 and were bought by Nuutajarvi in 1986. The Humppila name was used in production until the late 1980s. Today the factory is run as a giftware shop and is part of the iittala group. 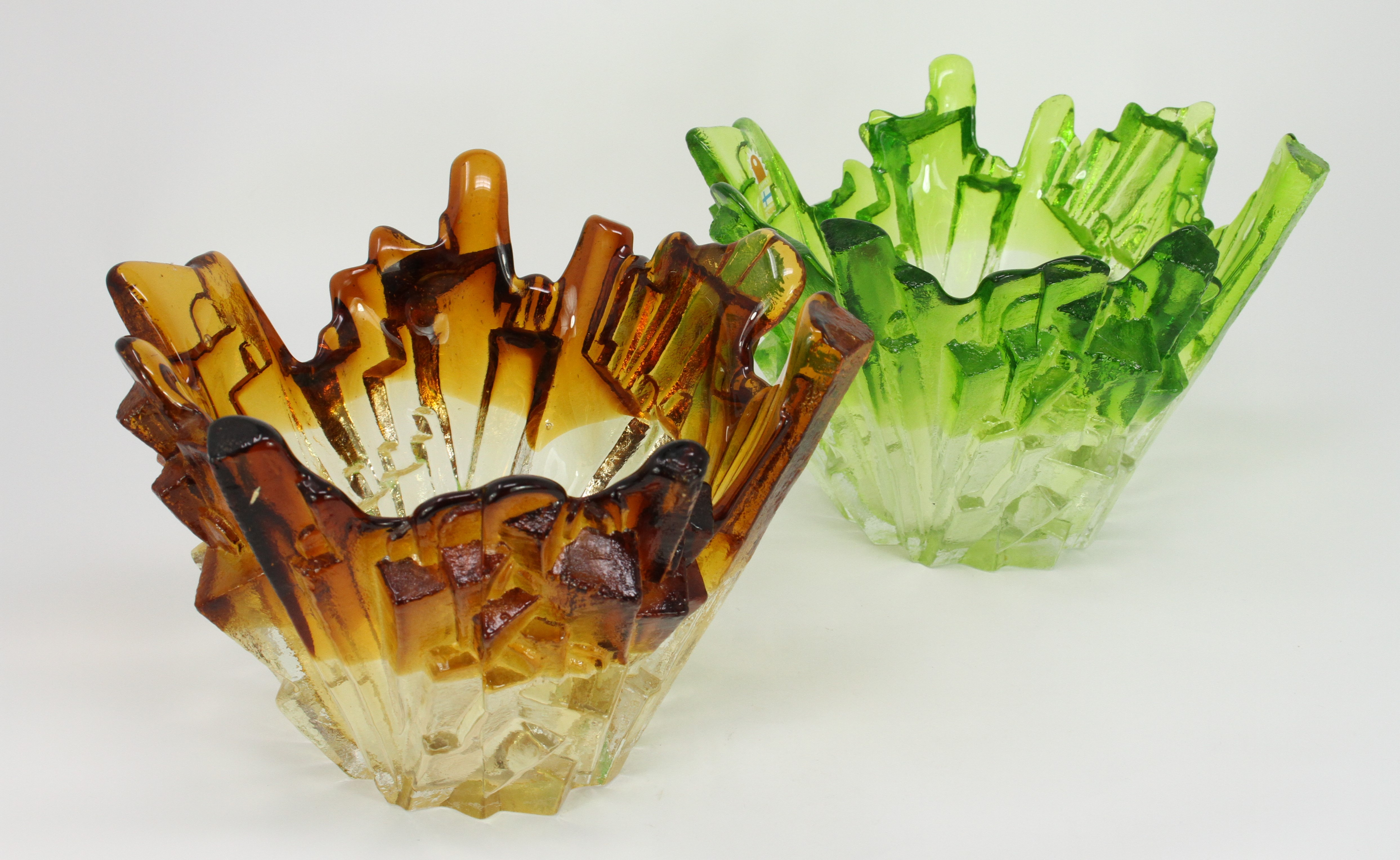 Pertti Santalahti (1941-2015) worked as a designer of both glass and ceramics. He studies at the School of Art and Design, Helsinki graduating in 1962. He then went on to work for many Finnish glass and ceramics companies including Kupittaan Savi, Nuutajarvi, Alsterfors (in Sweden), Arabia and iittala. His time at Humppila (from 1971-81) was particularly productive and saw him become artistic director there in 1974. In 1981 he left and later went freelance. Santalahti died in 2015.

While at Humppila he designed a number of mass produced ranges, the best known of which are Kivi-Set (stone set) and Kasvimaalla (vegetable garden). Like much of the post-war glass designed in Finland motifs from nature such as stone, ice, and vegetation were typically used as inspiration. 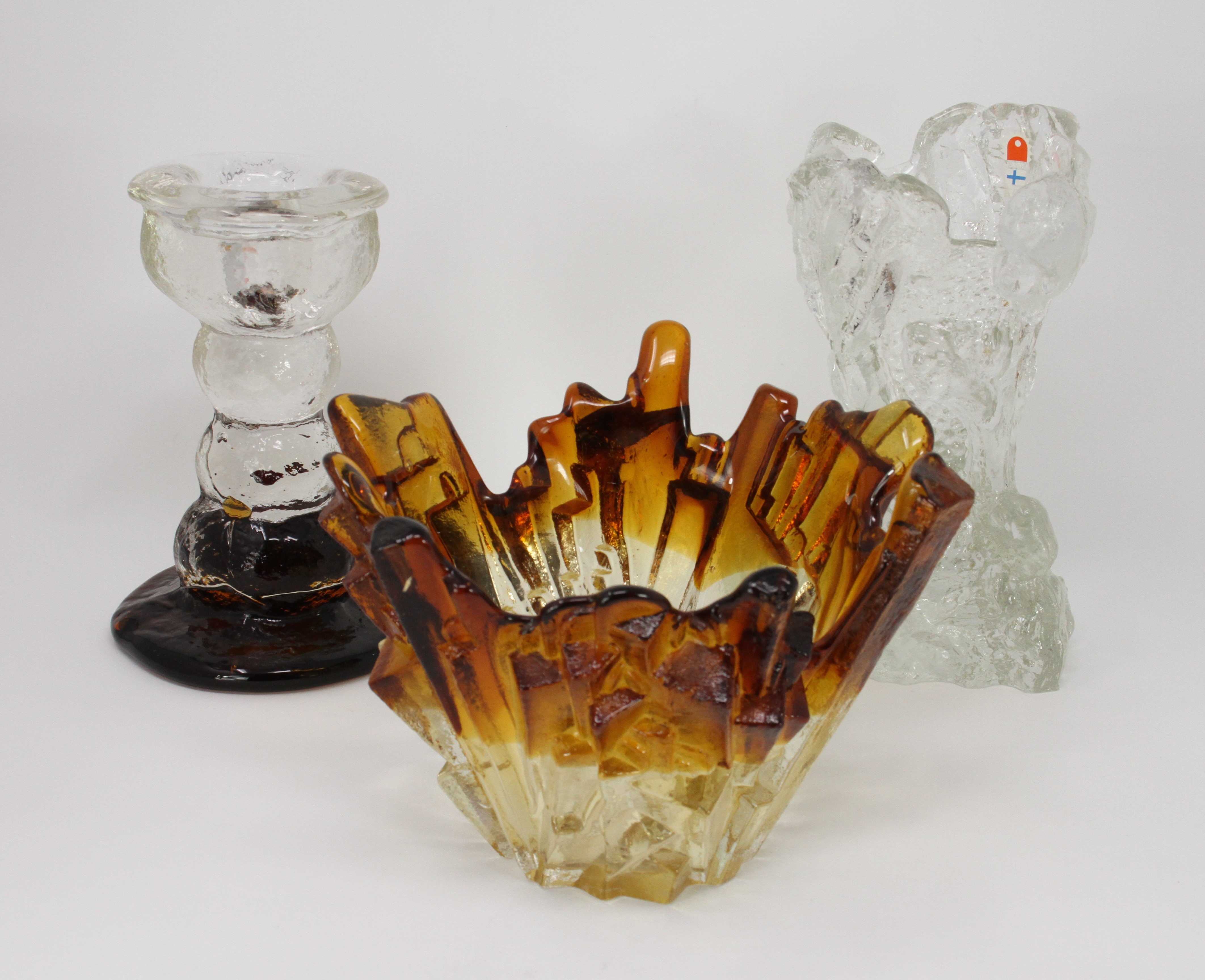 Humppila glass is often signed to the base with the factory name and the name of the designer. All of the pieces in our exhibition were designed by Pentti Santalahti. Where we know the series we describe this with the item. The exhibition also includes a rare limited edition piece that is individually numbered.

These are both stylish and affordable pieces of glass that were designed in the late 1970s and were in production until the mid-1980s. The exhibition will run on our website during November 2019. We will also be taking items to the National Glass Fair on Sunday November 10th at the National Motorcycle Museum off the M42 near Birmingham.