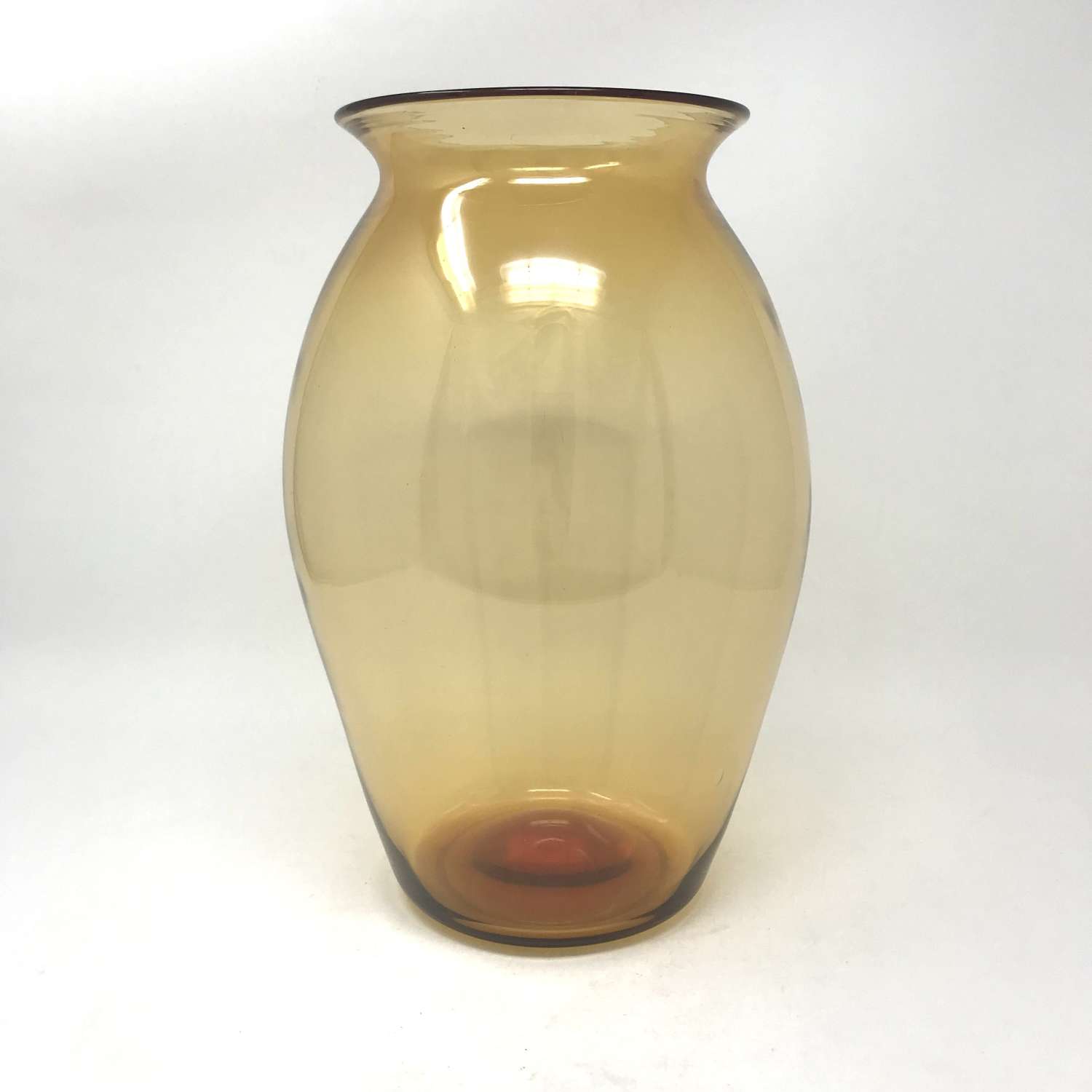 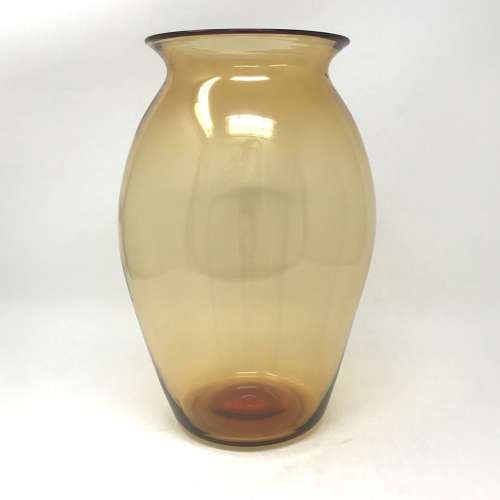 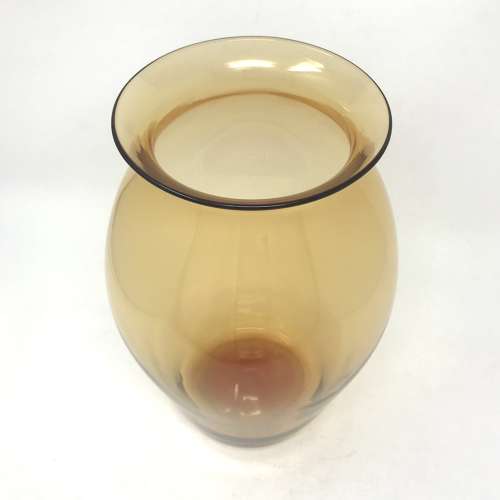 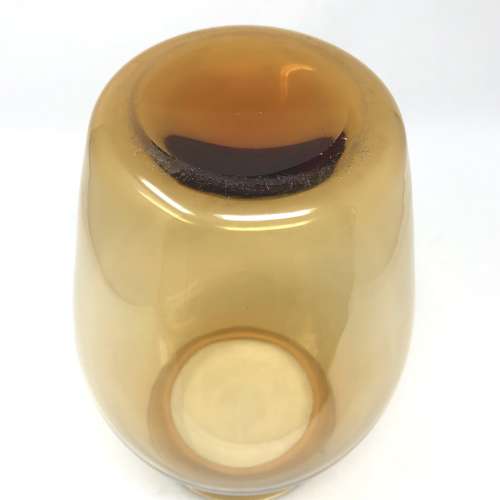 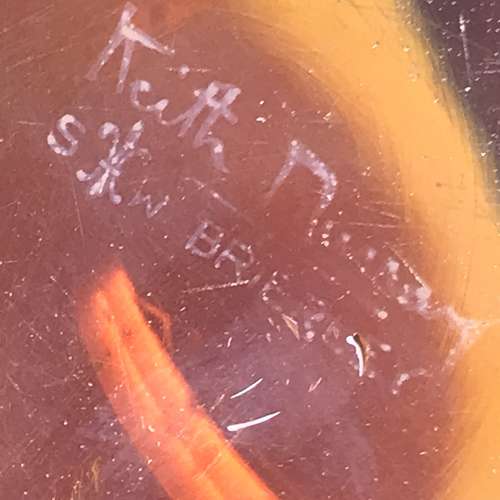 Keith Murray Large amber "Royal Brierley" Stevens and Williams glass vase, 1930s. Etched signature and factory marks to the base. A classic example of British Art-Deco glass from the period.

Keith Murray (1892-1981) was a New Zealand born architect and designer. Following his university studies he began work in a design office working on early aeroplane designs. Following distinguished service in the Royal Flying Corps in World War One, he trained as an architect in London. A visit to the Paris exhibition in 1925 got him interested in design. This, combined with little architectural work in the depression years of the 1930s, meant he sought work as a modernist-inspired industrial designer. He is best know for his ceramic designs for Wedgwood. He also designed in glass for Stevens and Williams and in silver for Mappin and Webb. He continued to work after World War Two but is best known as one of the leading proponents of the Art-Deco style in Britain in the 1930s. His work is widely represented in museums.