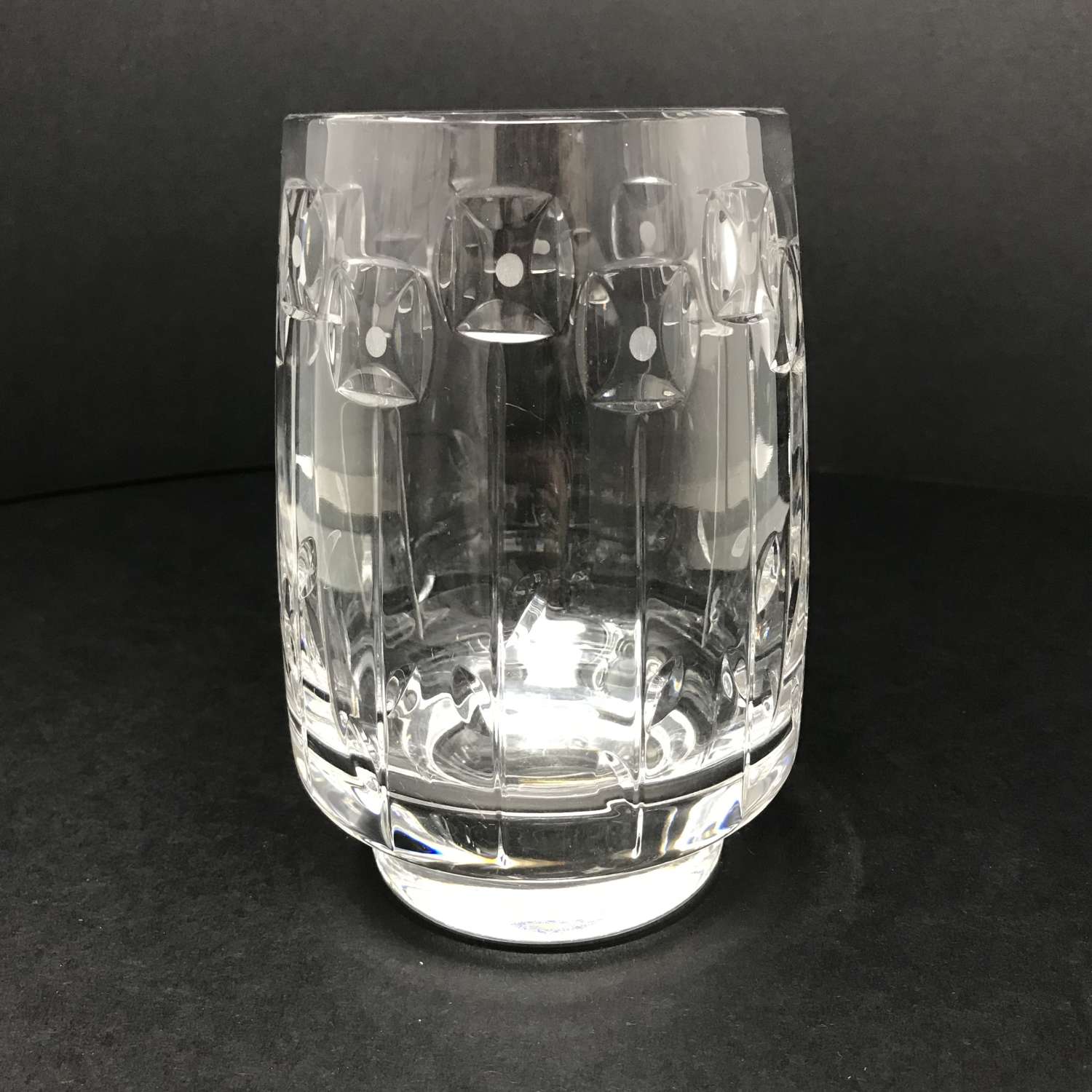 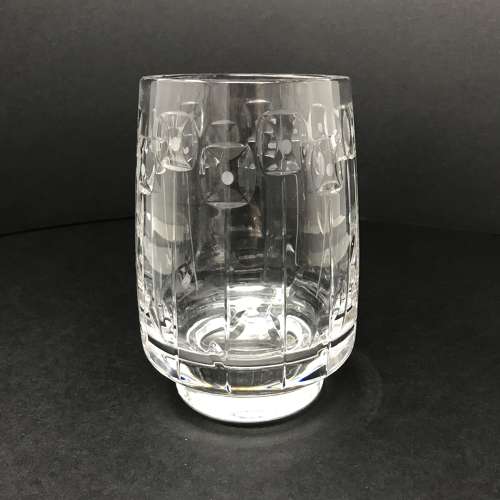 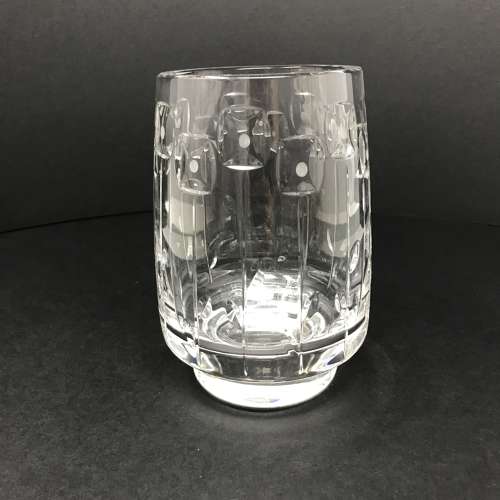 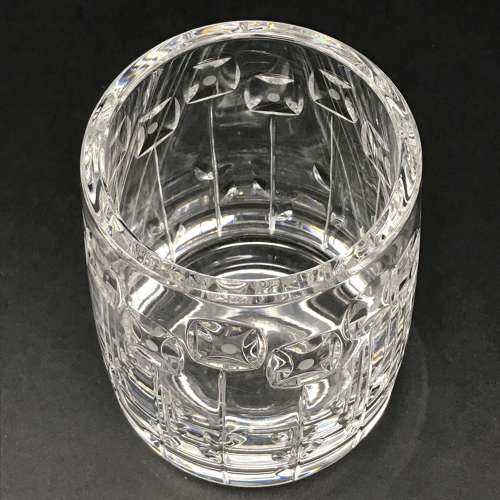 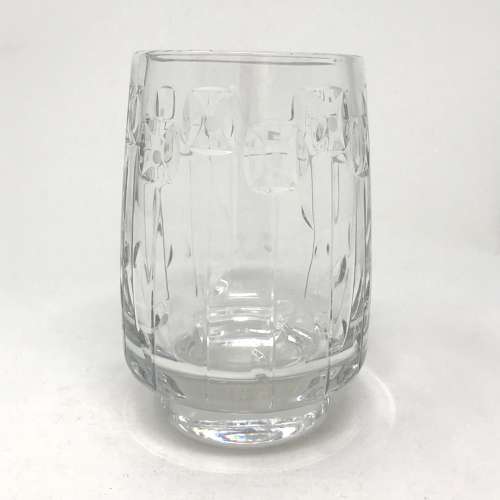 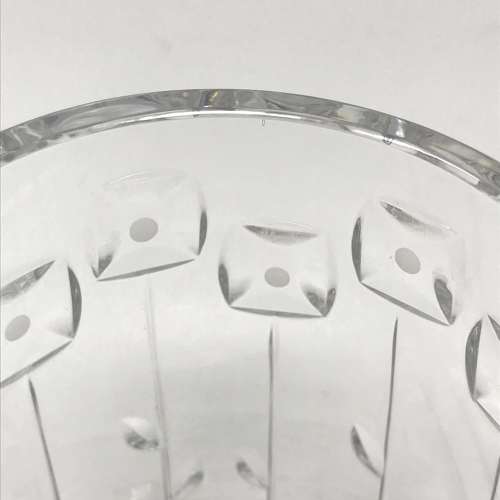 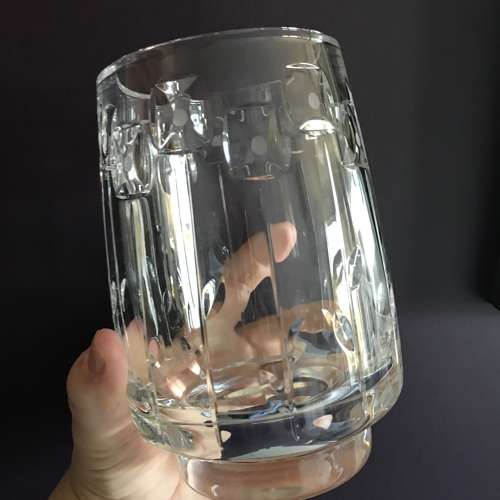 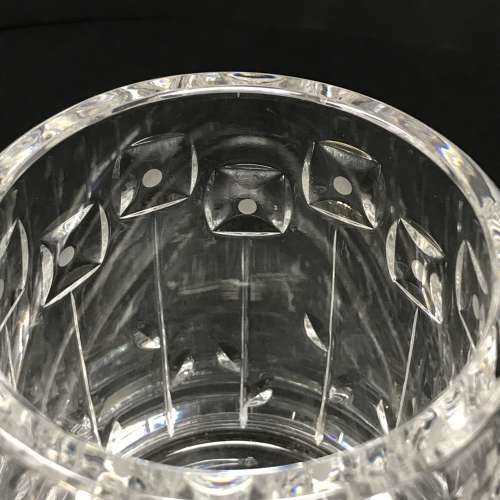 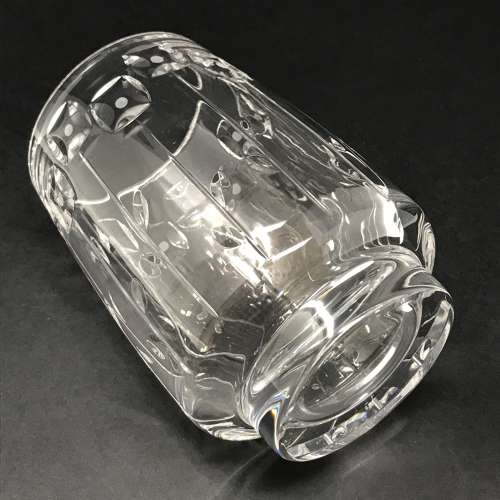 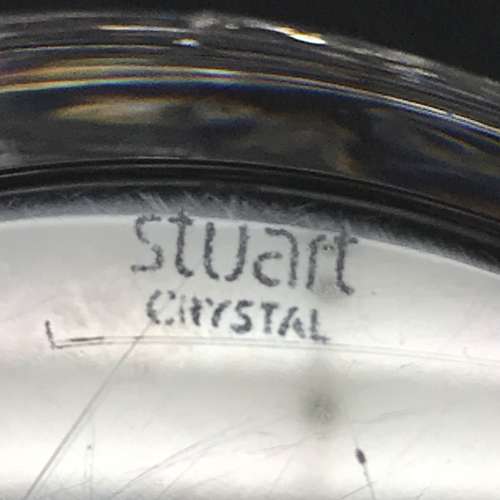 Medium cut glass vase with flower pattern. Stuart Crystal mark to the base. Attributed to John Luxton. Luxton did not sign his pieces but the cut circles and lenses are consistent with his style.

This piece is reminiscent of the earlier style of Charles Rennie Macintosh. His work became popular again and was much copied in Britain in the 1980s and 90s. We would date this piece to then.