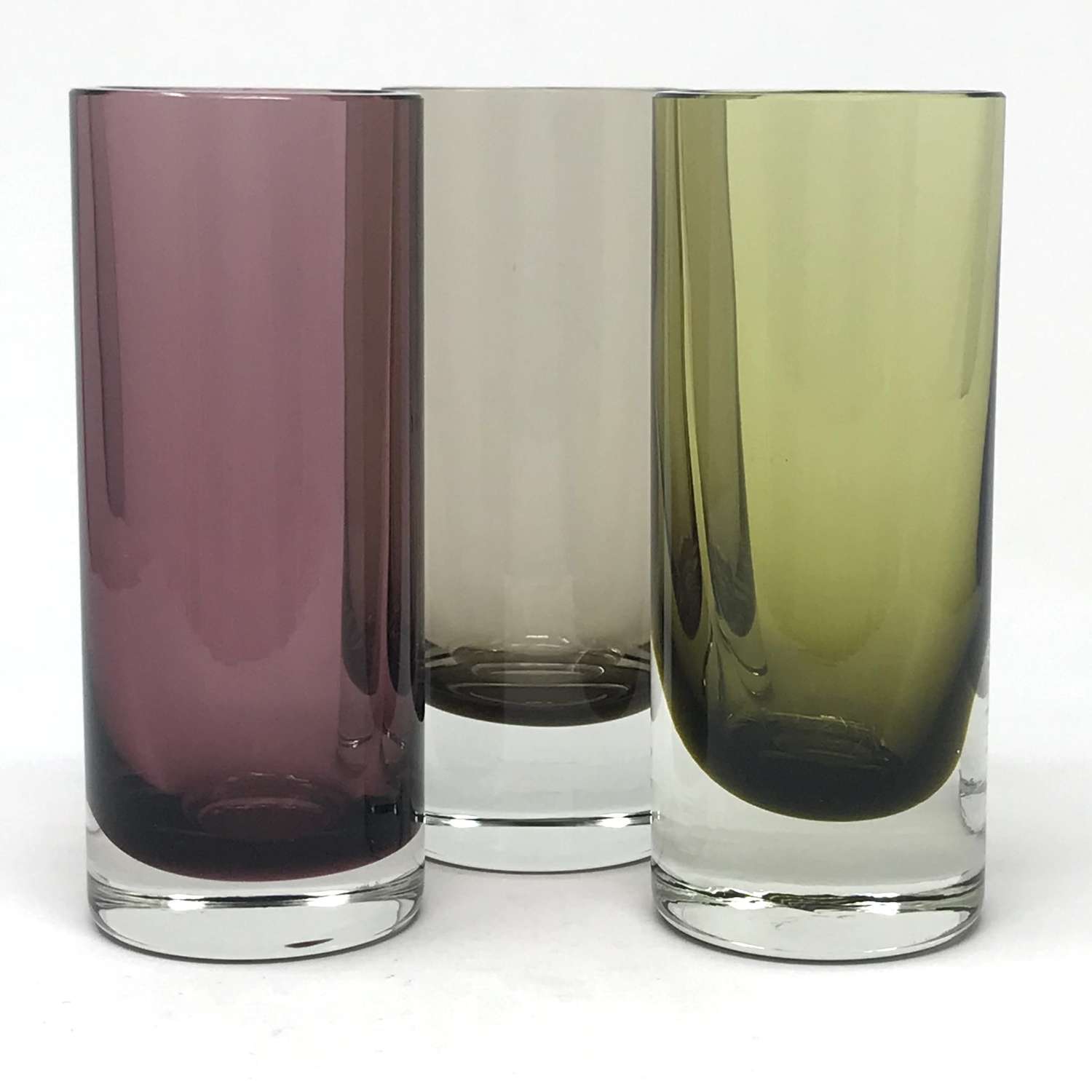 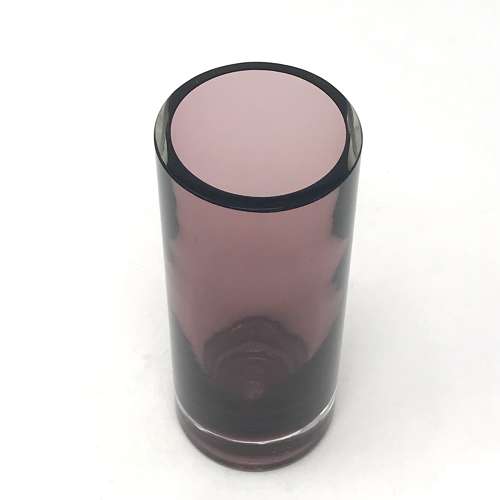 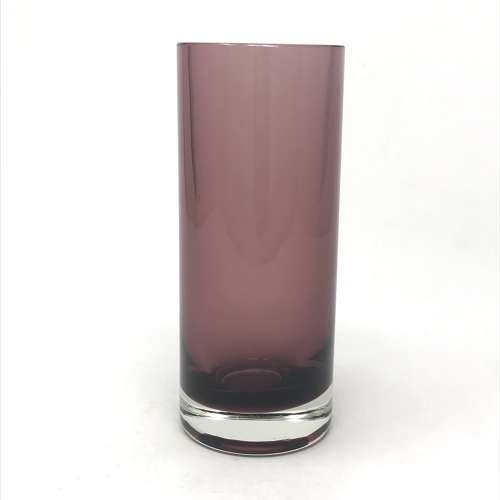 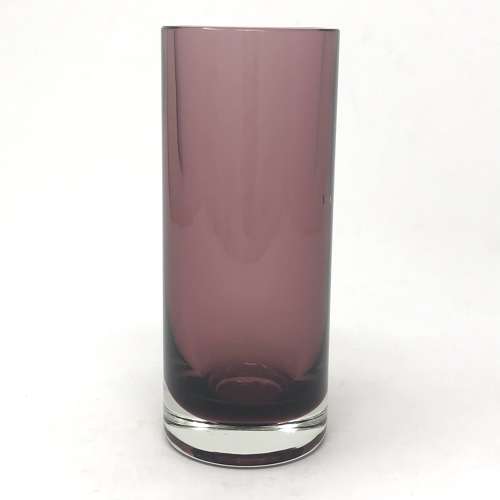 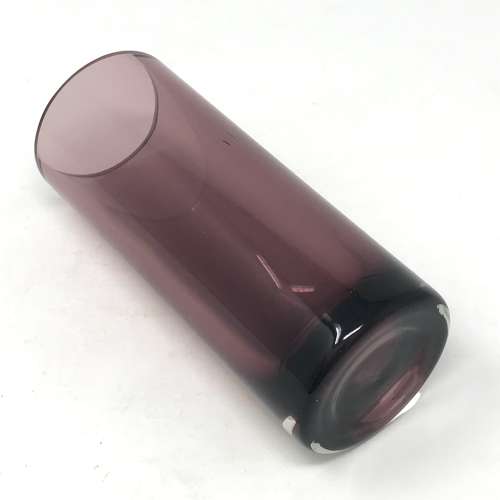 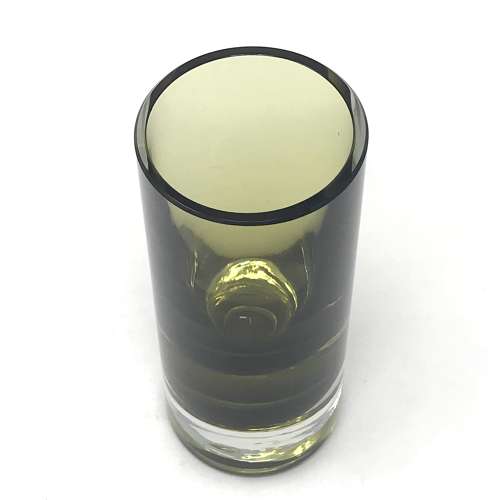 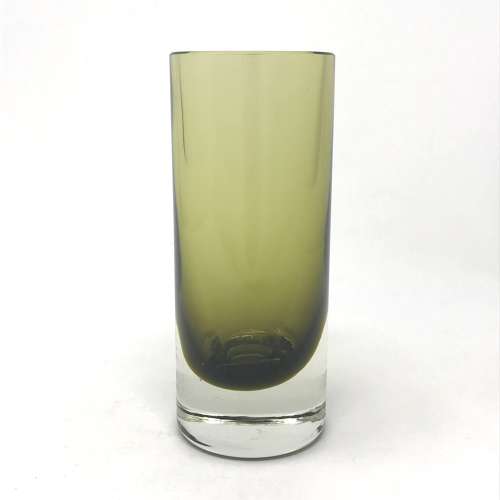 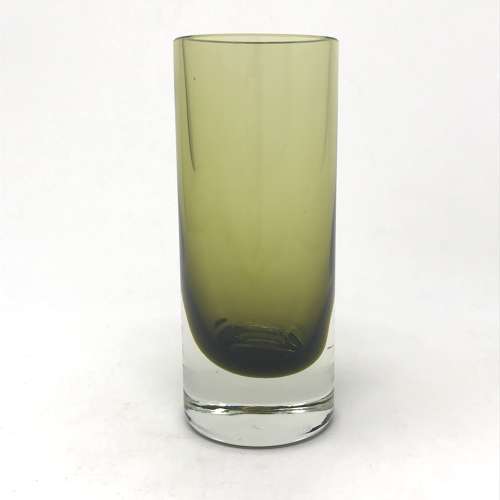 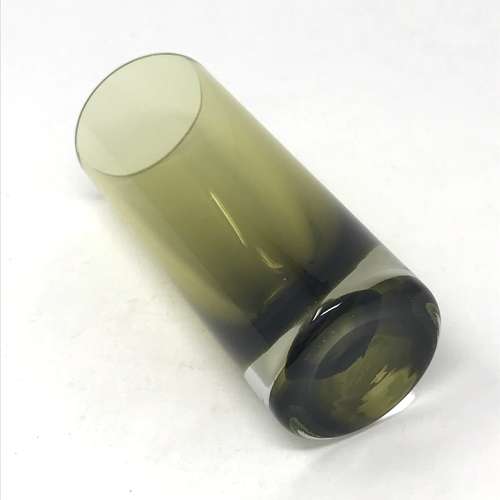 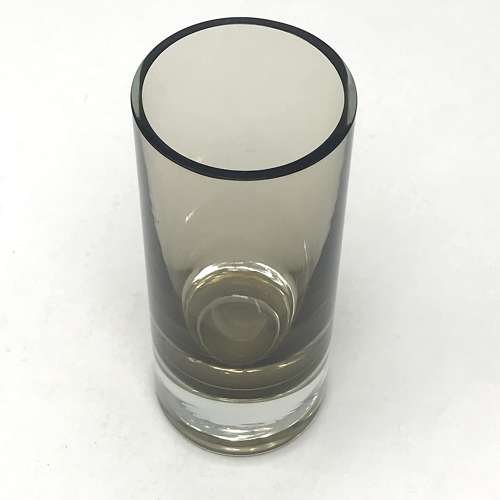 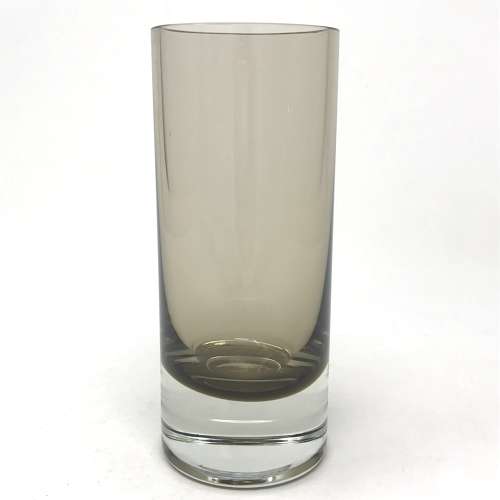 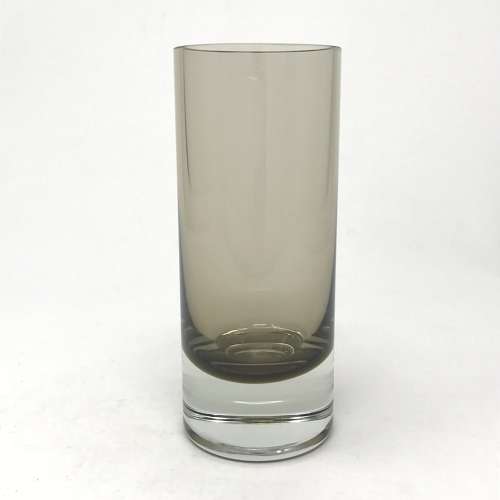 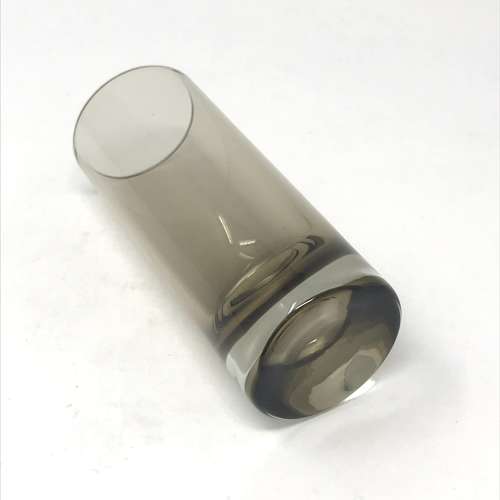 Three cylindrical glass vases by Domhnall ÓBroin for Caithness Glass. Colours are heather, peat and moss. These were one of ÓBroin's earliest Caithness designs and remained in production until the 1970s.

Sold together as a trio.

Domhnall ÓBroin (1934-2005) was born in Ireland and started his career at Waterford Crystal in Cork. He also spent some time at Orrefors in Sweden. In 1962 he was recruited as the leading designer at the newly opened Caithness Glass studio in Scotland. He went on to produced a range of Scandinavian influenced designs in a limited palette of colours influenced by the Scottish landscape (peat, heather, loch and moss as well as colourless glass). He moved to the USA in 1966. His work at the Caithness studio helped to establish them as one of the leading British glass factories in the latter part of the Twentieth Century.