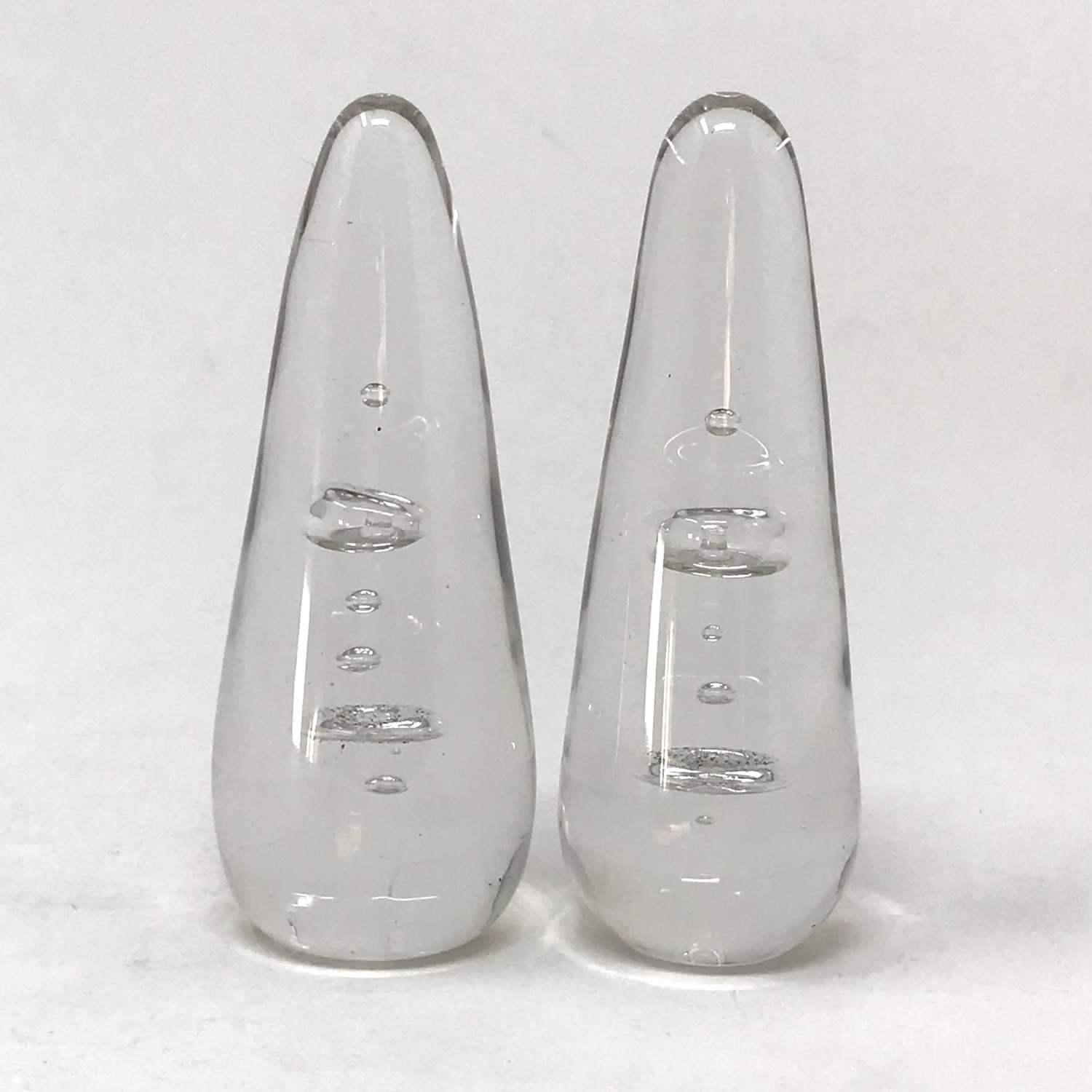 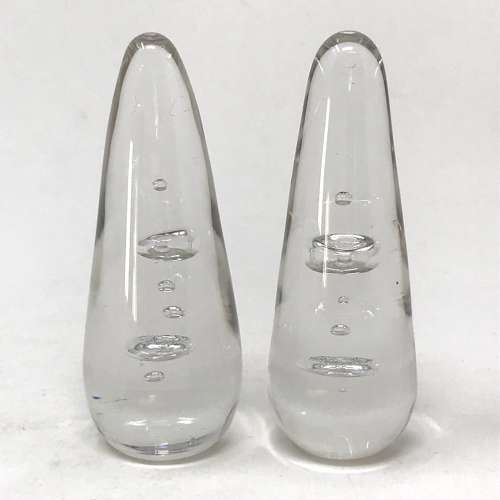 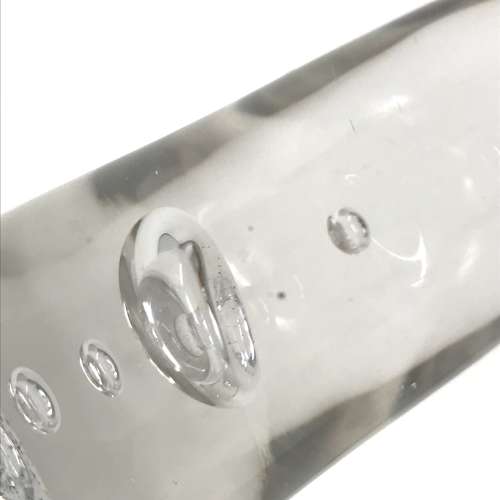 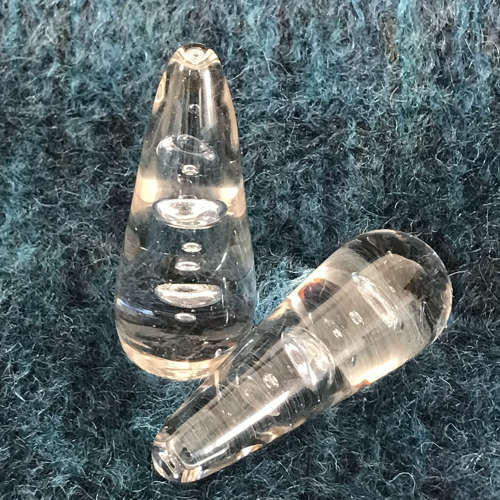 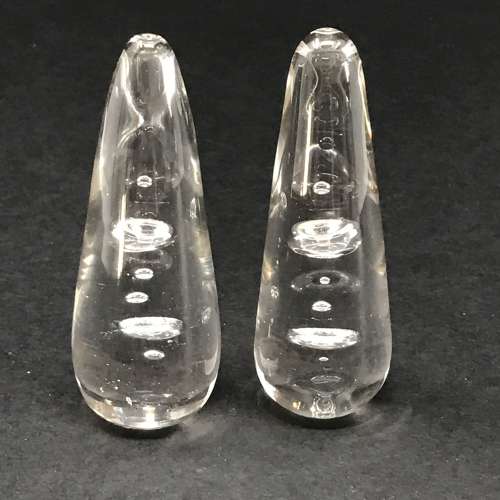 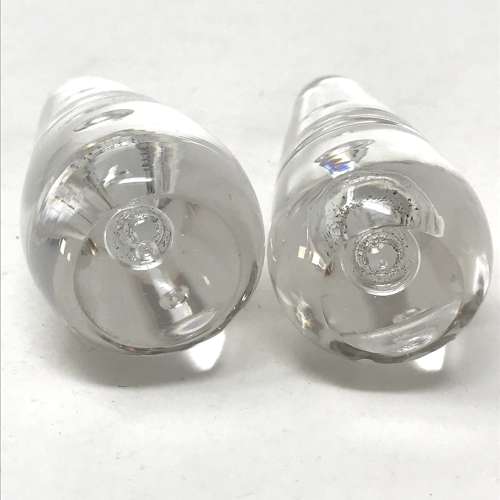 Two Ronald Stennett Wilson small conical paperweights with internal bubble design. The simplicity of these suggests they could be from Stennett Wilson's time at Kings Lynn though this was a design he continued to use during his time at Wedgwood in the 1970s. Unsigned.

The price is for both which are sold as a pair.