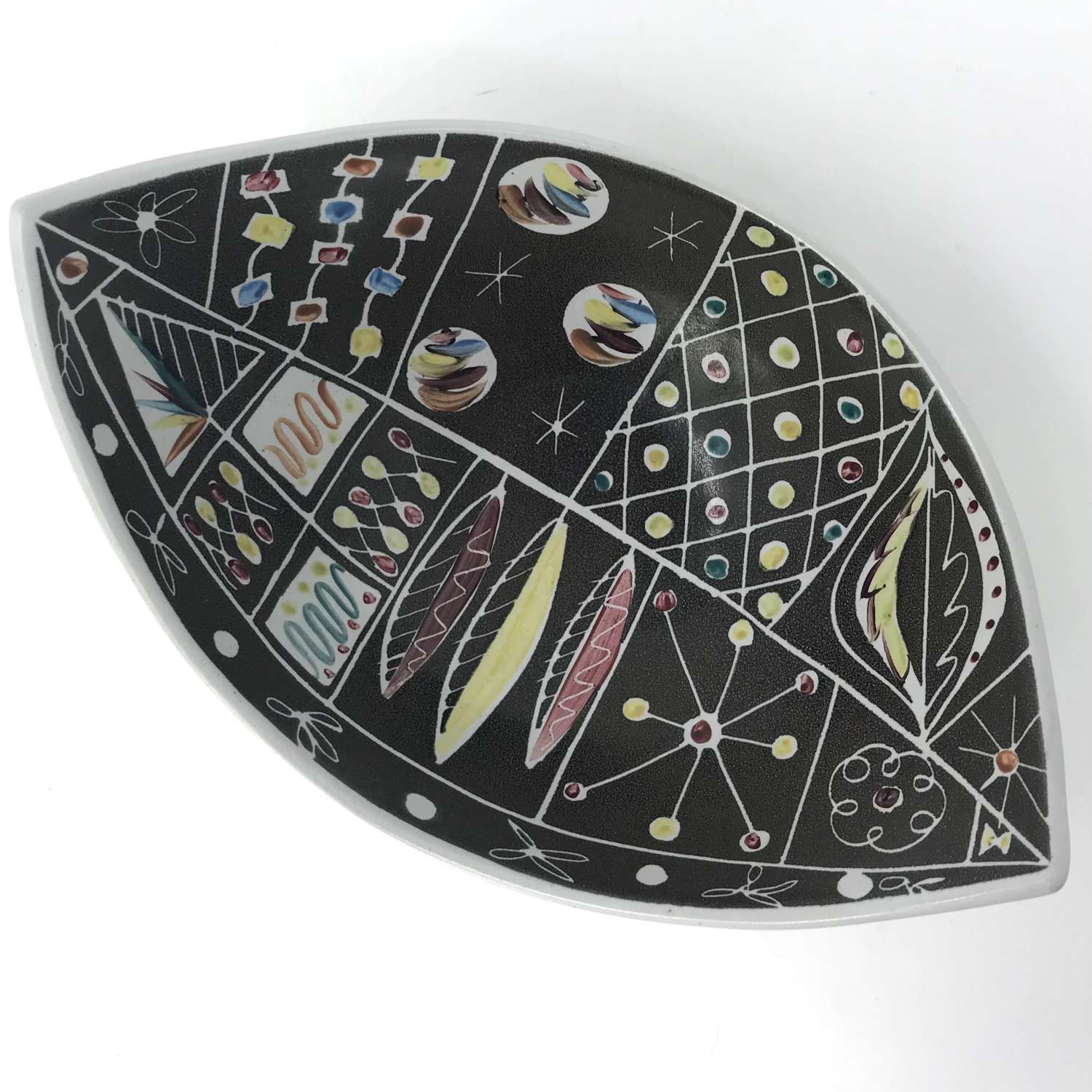 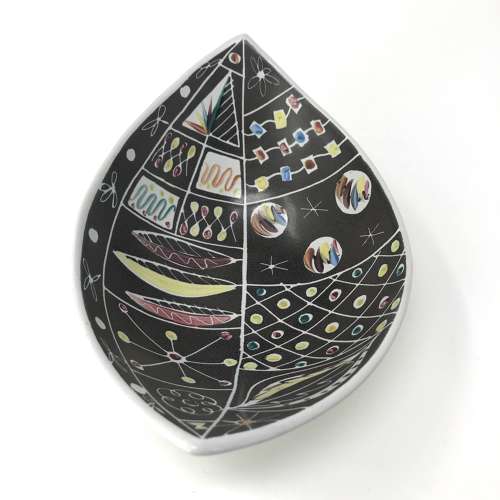 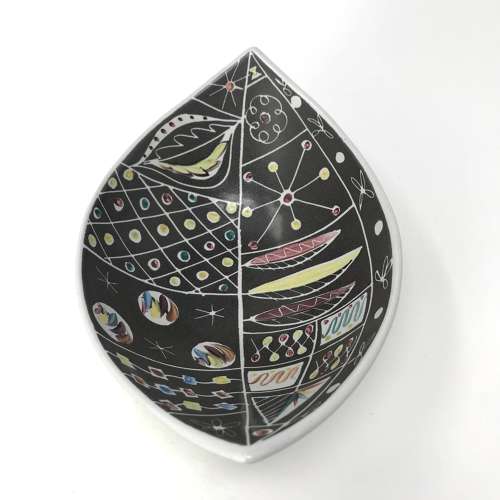 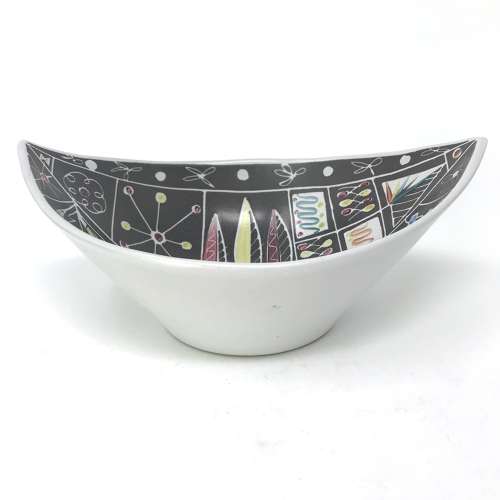 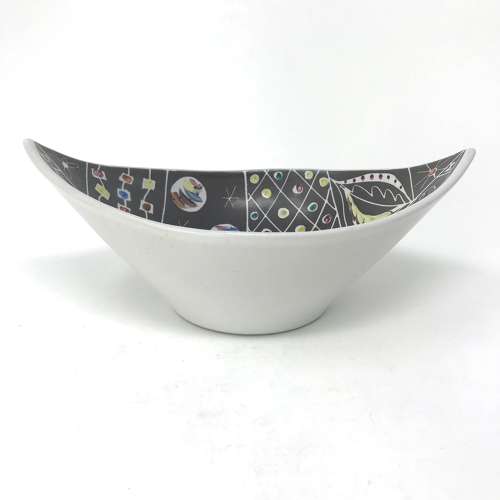 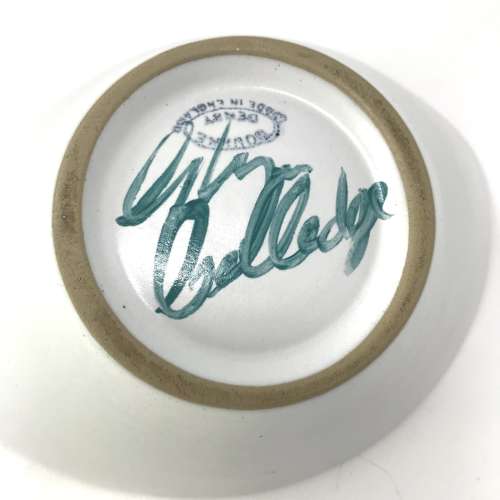 A Denby bowl with the Cheviot pattern designed by Glyn Colledge and hand painted in 1954 for Denby in Derbyshire. This is a very rare piece from a highly sought after classic 1950s "atomic" design. Hand signed mark to the base.

Glyn Colledge (1922-2000) was a designer of British ceramics who worked for Denby Pottery in Derbyshire, England from 1938-83.  He also studied at Denby College of Art in the period from 1946-56. He is best known for his hand painted ceramics, notably the floral designs called Glyn-Ware. While this were quite traditional in design he also designed the highly-sought after Cheviot ware range. With their atomic/sputnik inspired motifs they have come to typify the style of the 1950s in ceramics. These pieces, along with the Tigo ware range by Tibor Reich put Denby, along with Midwinter, Beswick and Poole at the foreforont of the midcentury style in Britain in the 1950s.