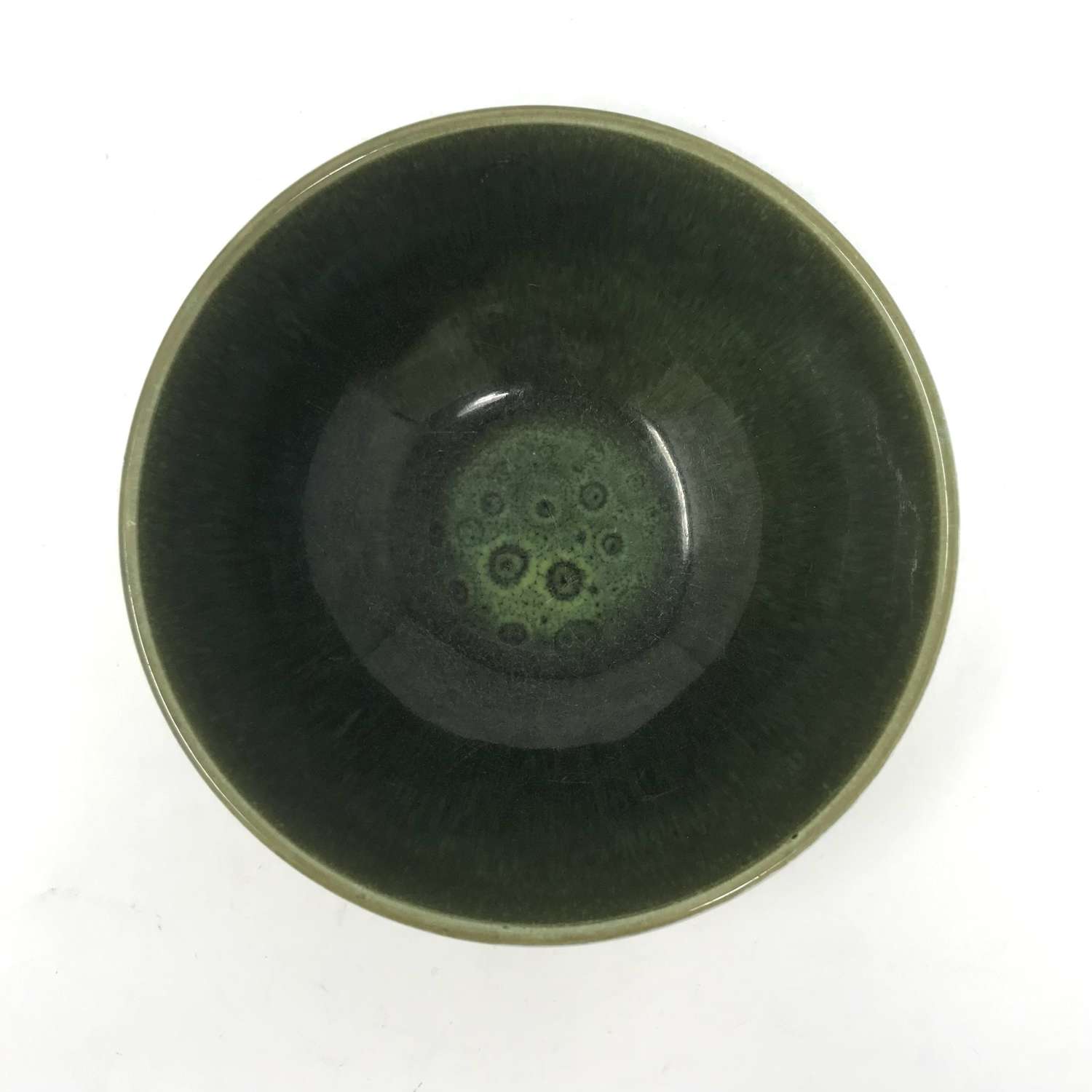 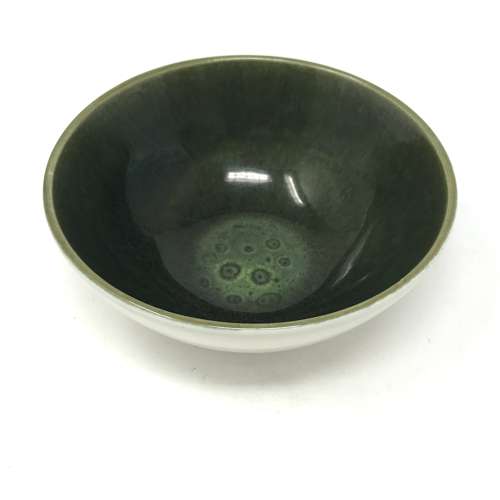 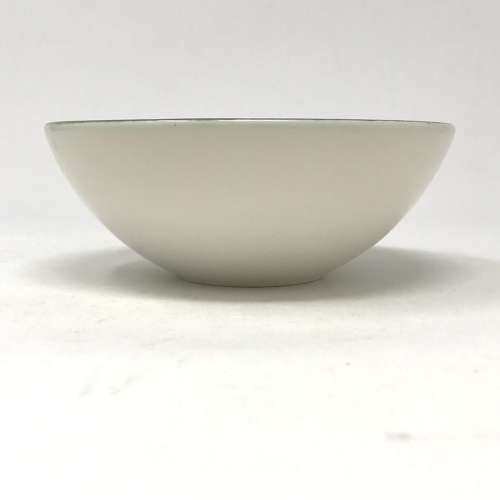 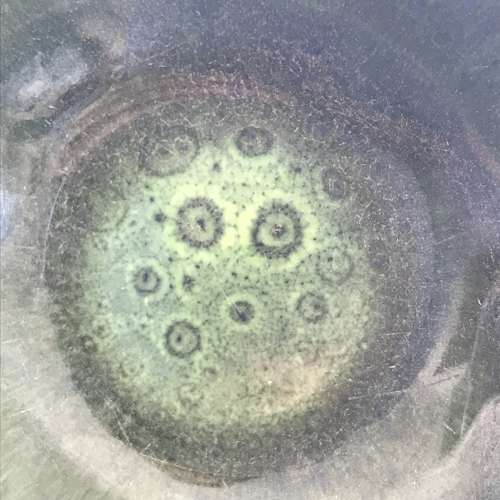 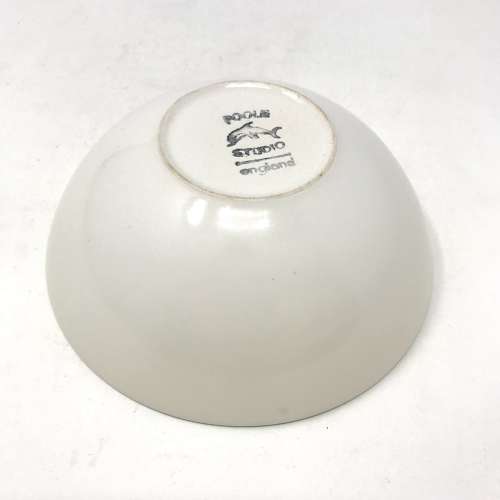 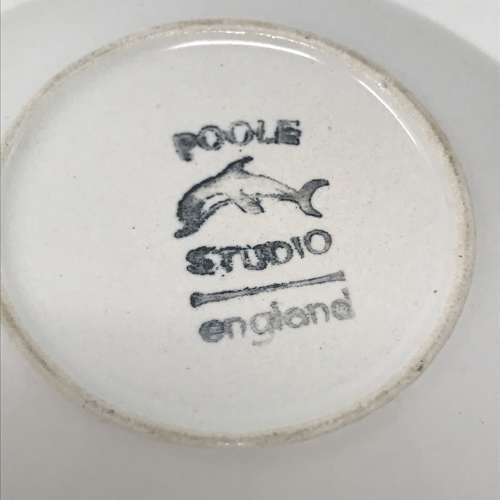 Poole Pottery studio bowl with green interior. Poole Studio marks to the base for the period 1964-66.

Excellent condition. Minor surface marks to the interior of the bowl from use but no chips or cracks.