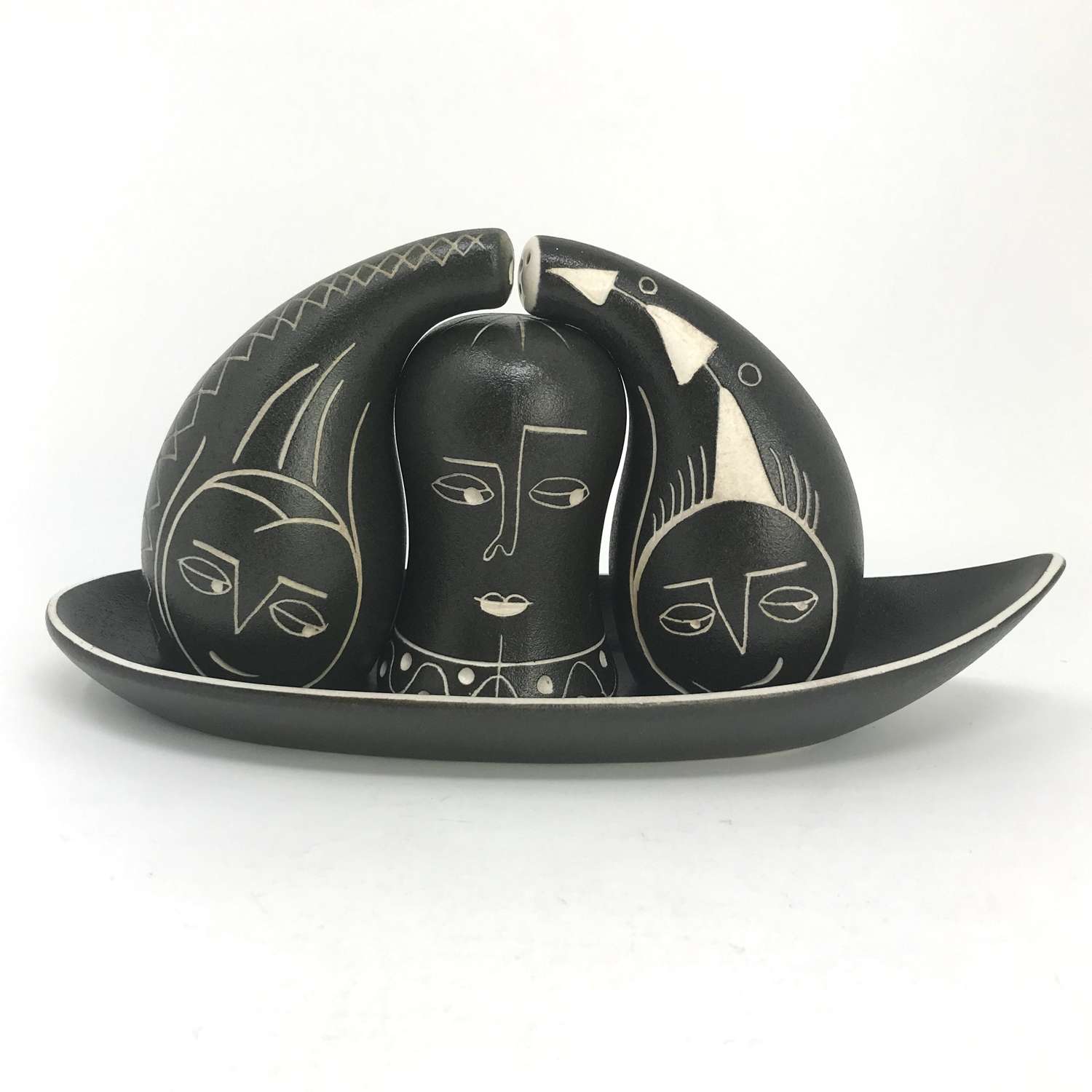 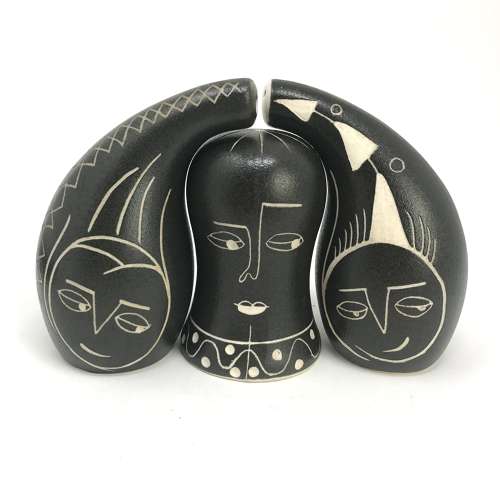 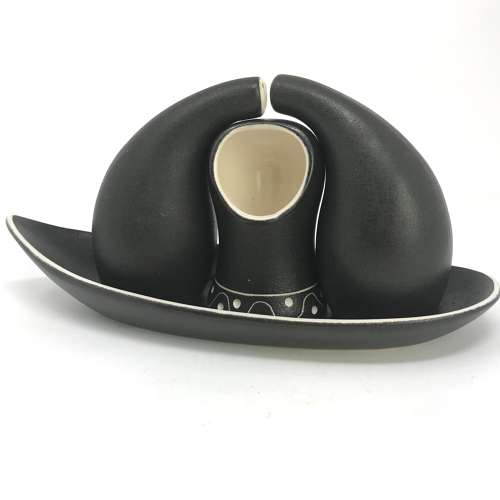 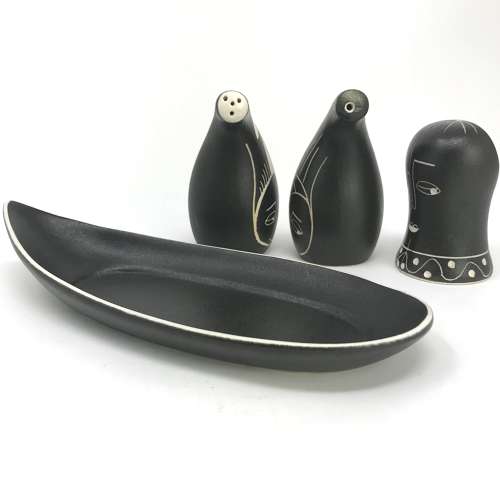 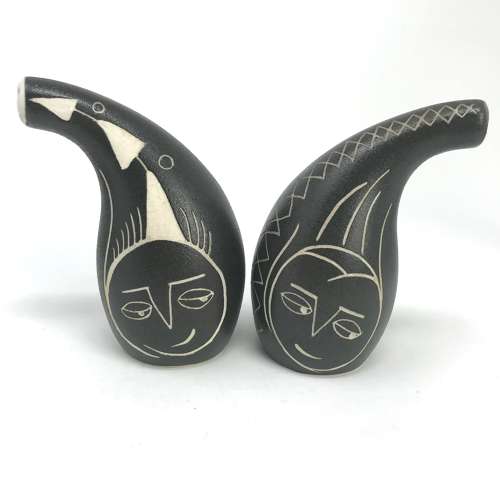 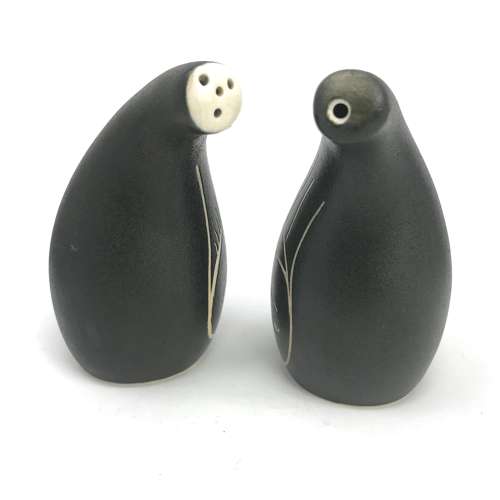 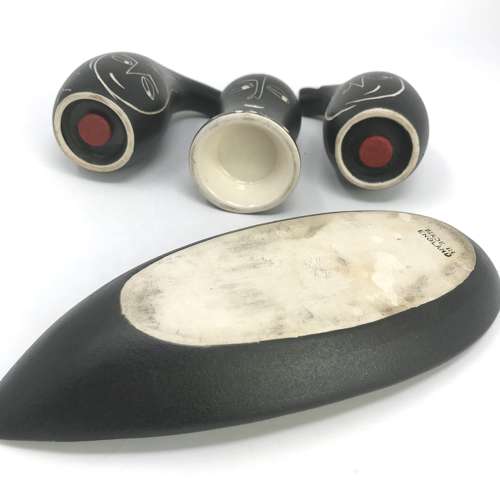 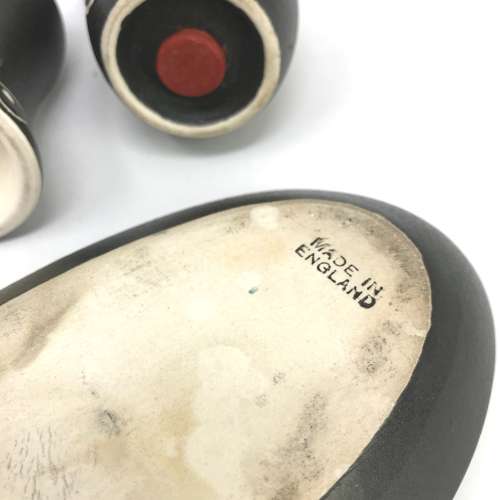 Tibor Reich originally designed his Tigo Ware range and produced them in his own workshop. However he was unable to meet the demand so agreed for Denby to produce them in 1954.

Excellent used condition. Minor marks on tray but no damage to any piece.

Tibor Reich (1916-96) was an Hungarian Emigre who came to Britain in 1937 to study textiles at the University of Leeds. He set up his own company Tibor Ltd in Stratford-upon-Avon in 1946 and is best known for his pioneering textile designs. He produced designs for the Queen, Festival of Britain, Royal Shakespeare Company Theatre, and Coventry Cathedral. He designed the seating fabric for Concorde, and a number of leading British manufacturers used his fabrics including Gordon Russel, Ercol, G-Plan, BOAC and Vauxhall Motors. He also designed a highly innovative range of ceramics for Denby called Tigo ware. It is fair to say that Tibor Reich did as much as anyone to style Britain in the post-war years.