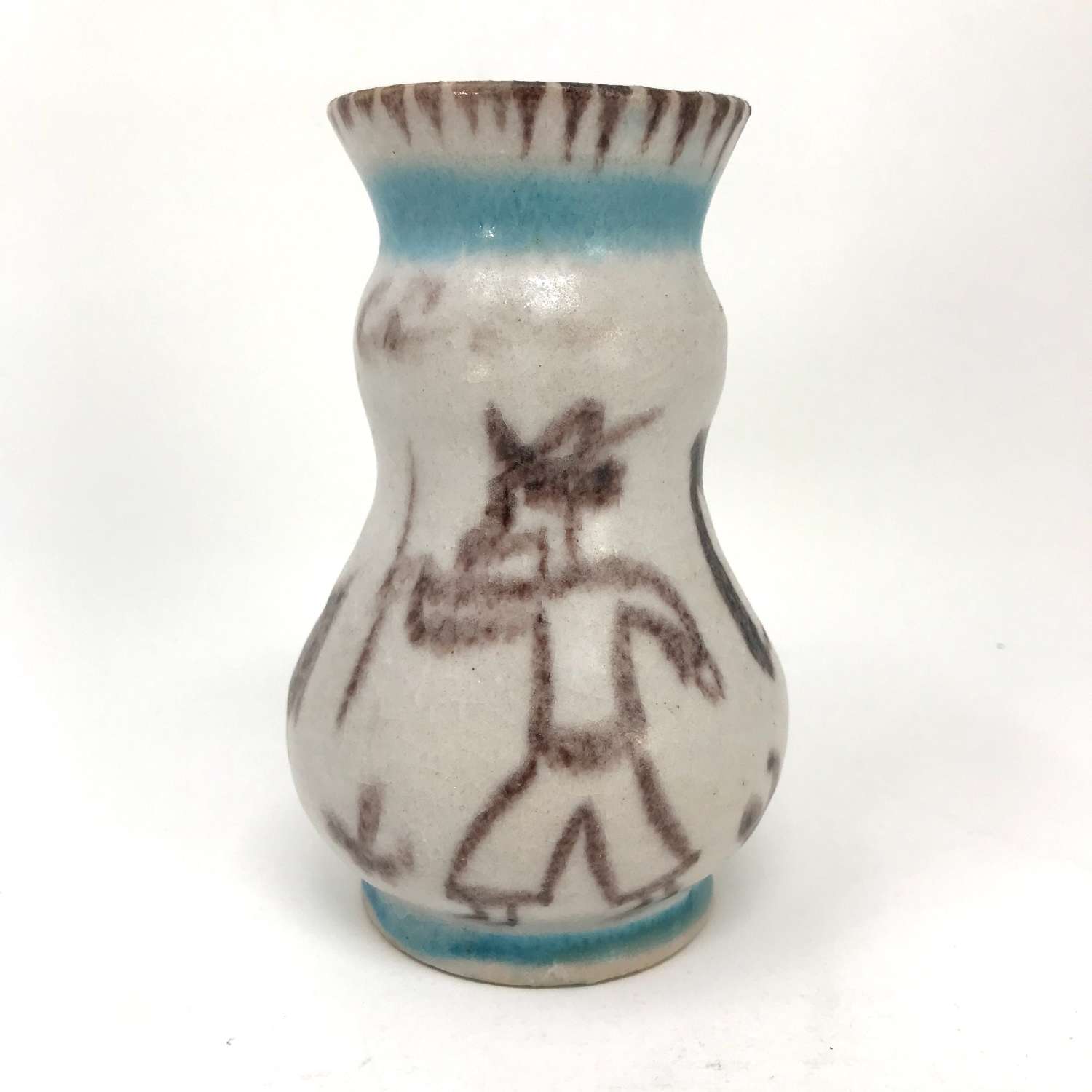 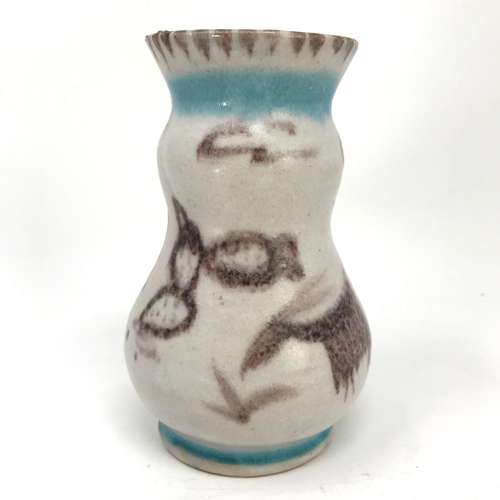 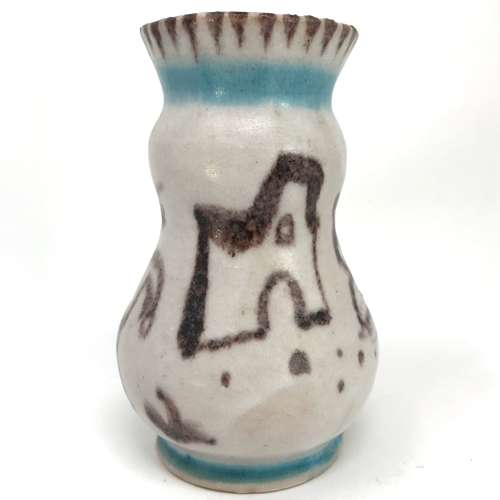 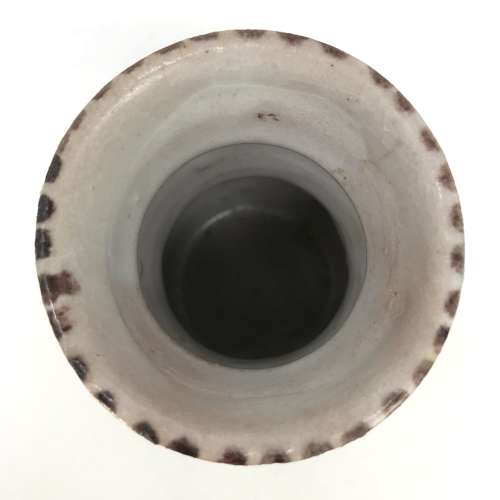 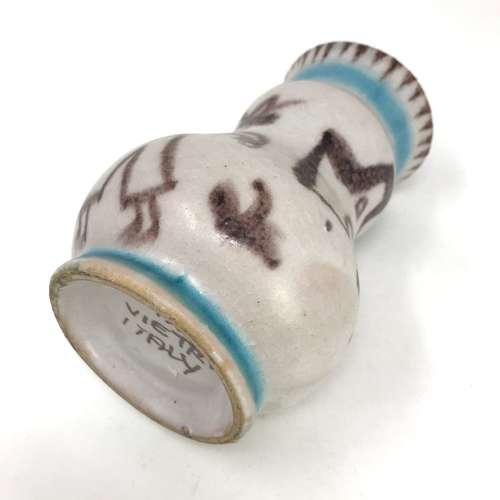 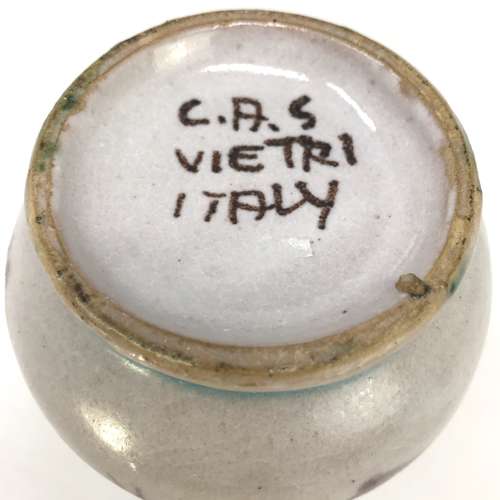 Guido Gambone unique thickly glazed vase with primitivist shepherd and goats scene. Designed for Ceramiche Artistiche Solimene (C.A.S) in Vietri, Italy. Gambone designed pieces for this studio c1940s. It was one of several studios that he worked with in the mid-century period. Thick, bubbly glaze on an earthenware body. The vase has a slighly pinkish hue which is typical of these wares.

Guido Gambone (1909-69) is one of the most important ceramicists of the Twentieth Century. He worked in Italy for a number of factories and developed an original style that fused together the primitivism of rural Italy with modernism in a distinctive and highly influential manner. In some respects his work is reminisent of Picasso's innovative ceramics though Gambone began experimenting with ceramics in this way about a decade before Picasso. His work was hugely influential on Italian ceramics and style in general in the post-war years. He is one of the great names in mid-century design.