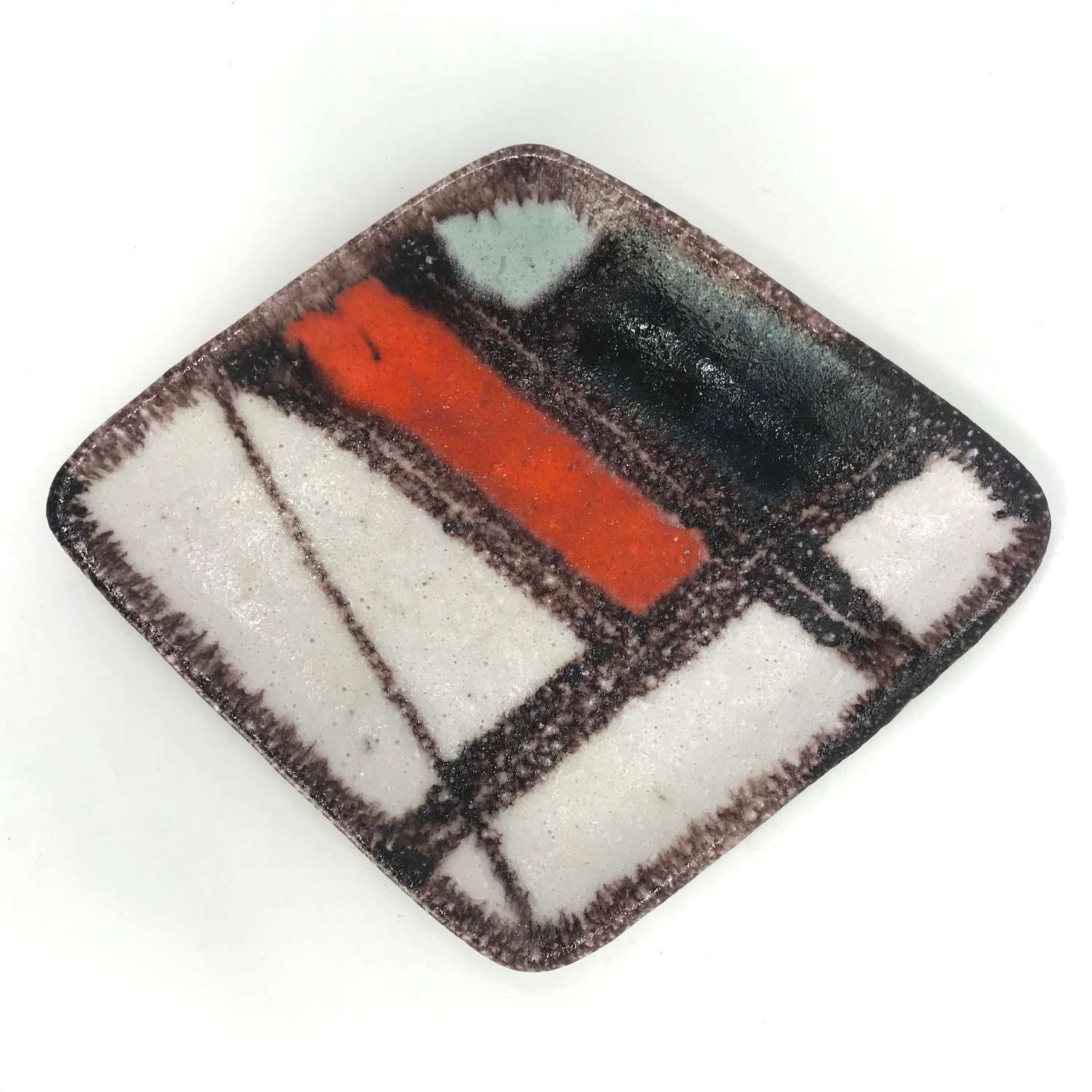 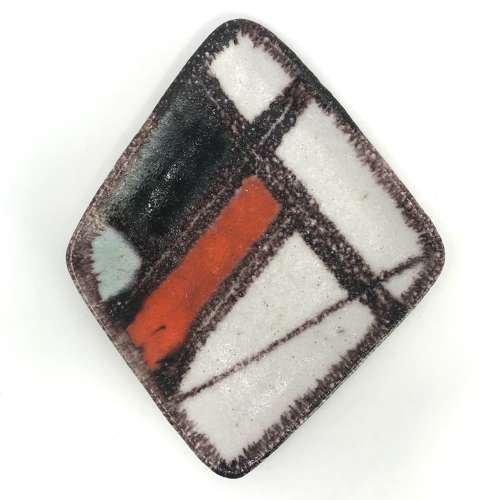 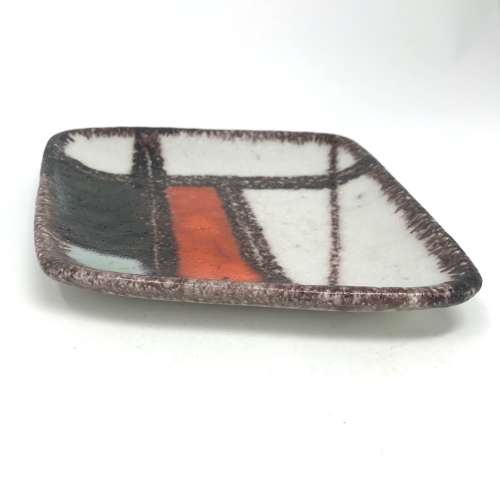 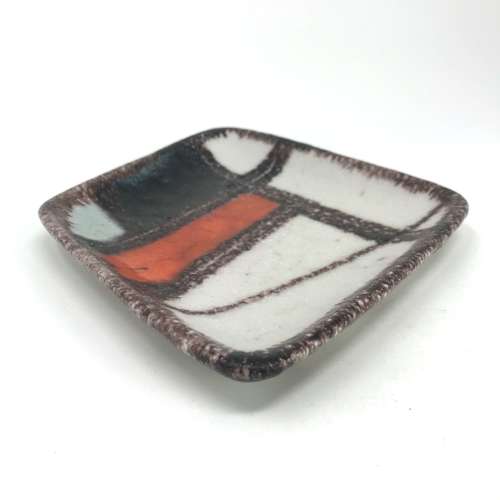 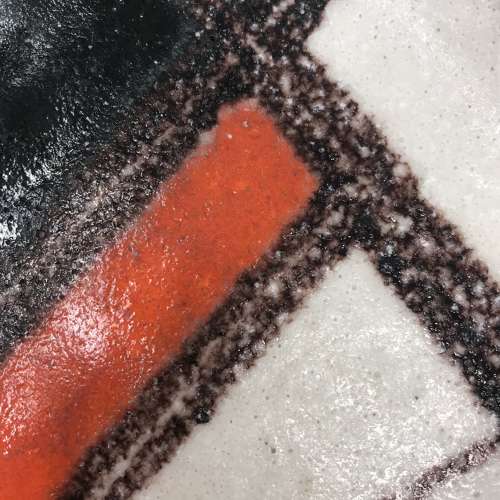 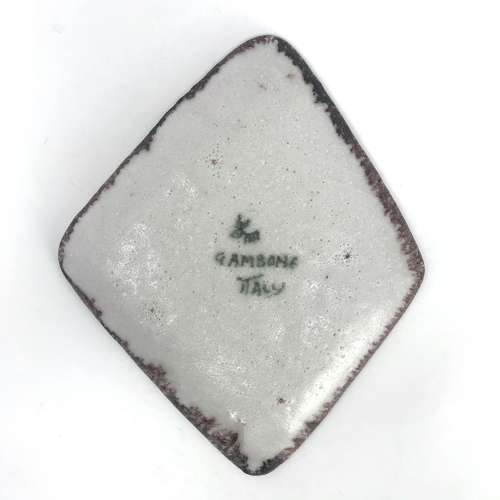 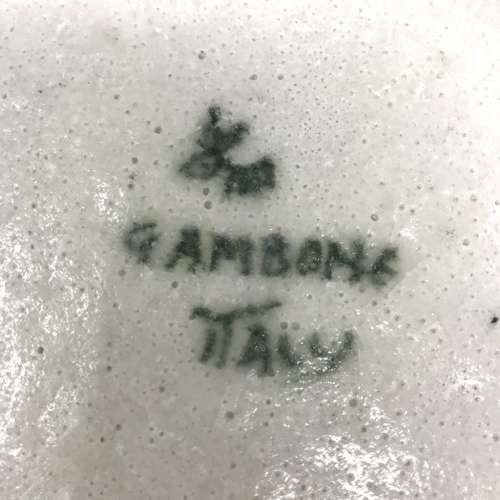 A fascinating item. It is decorated in such a way as to give the optical effect of looking square from certain angles but is deliberately irregular in shape. Thick foamy and crackle glaze found on all his pieces. A rare and important piece.

Guido Gambone (1909-69) is one of the most important ceramicists of the Twentieth Century. He worked in Italy for a number of factories and developed an original style that fused together the primitivism of rural Italy with modernism in a distinctive and highly influential manner. In some respects his work is reminisent of Picasso's innovative ceramics though Gambone began experimenting with ceramics in this way about a decade before Picasso. His work was hugely influential on Italian ceramics and style in general in the post-war years. He is one of the great names in mid-century design.