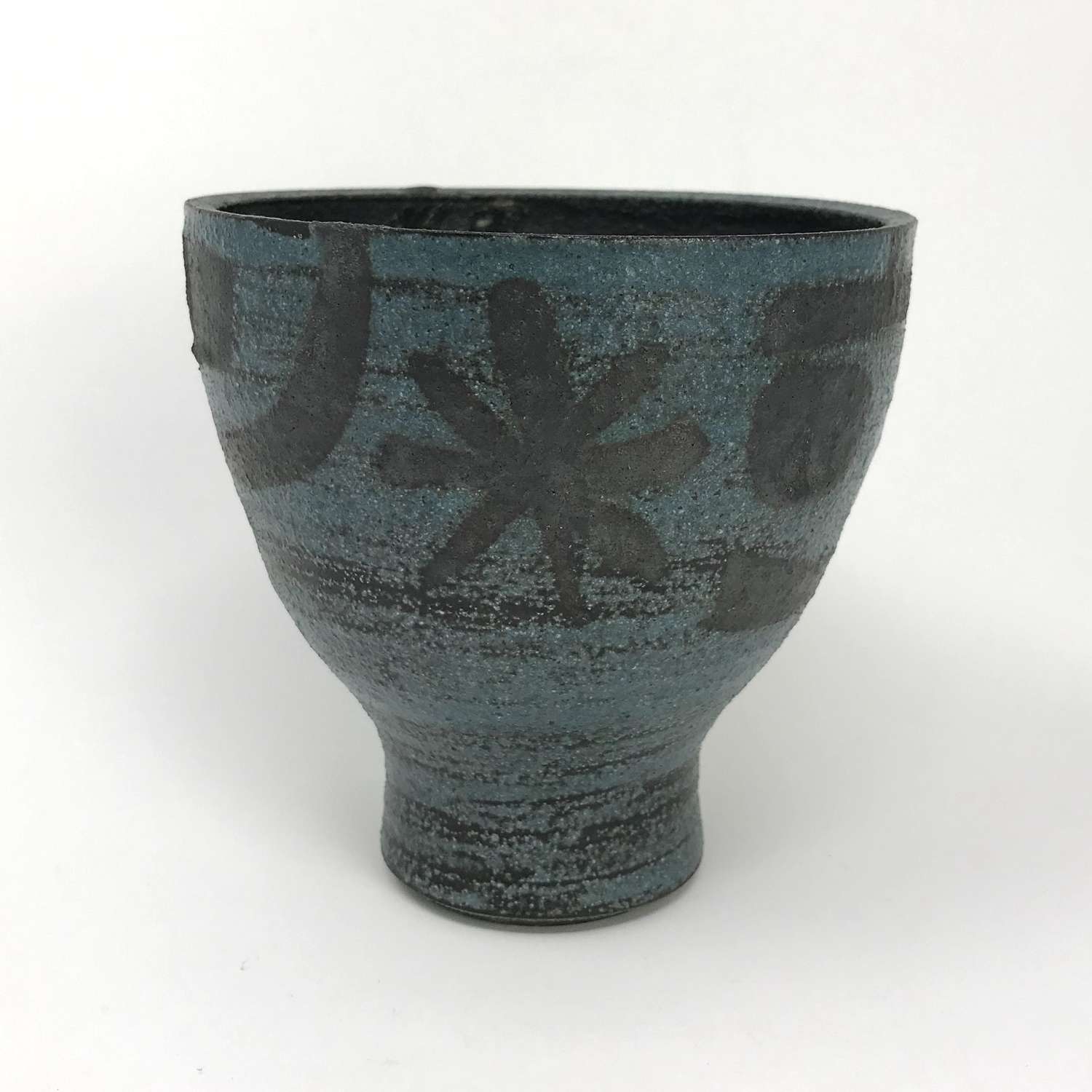 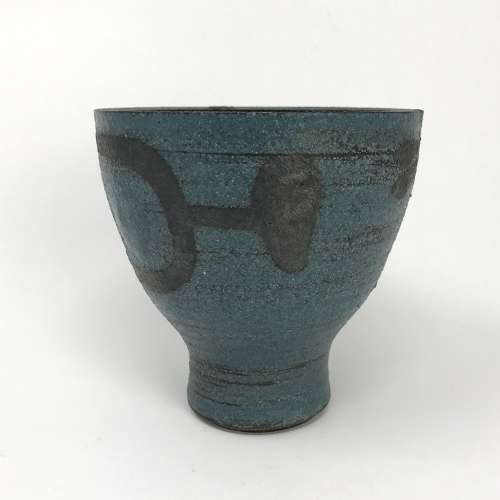 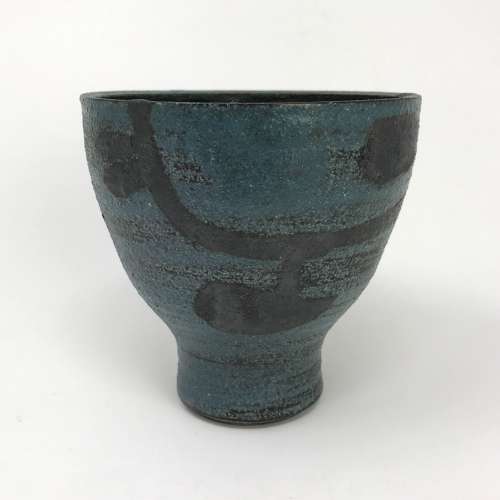 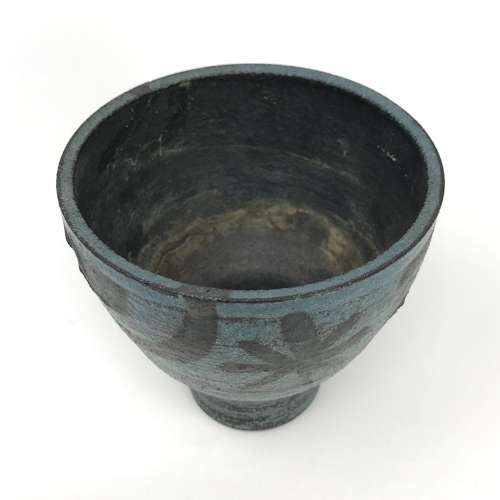 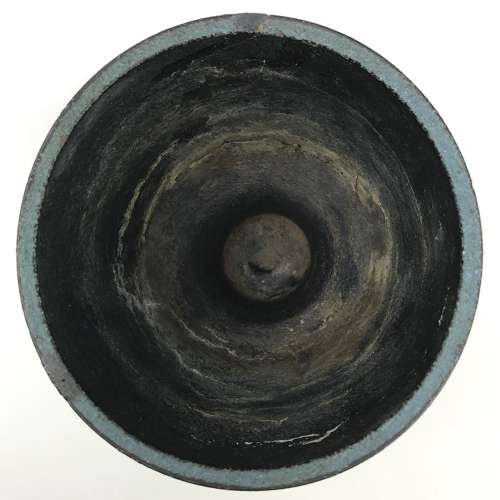 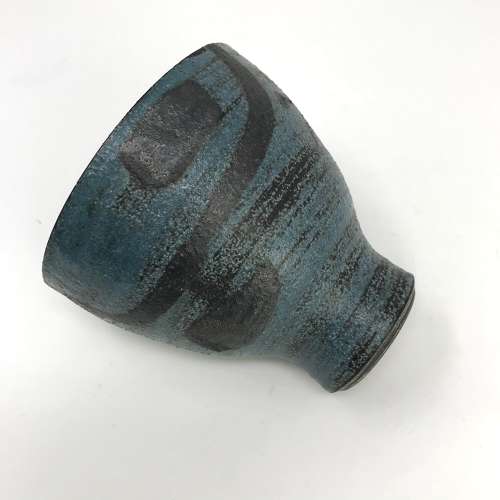 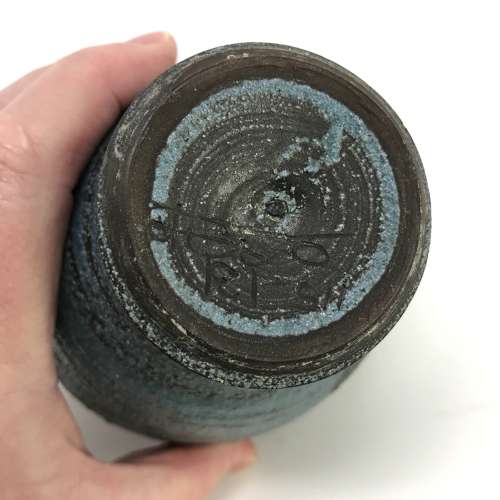 An artistically designed pot by leading Dutch ceramics exponent Jaap Dommisse. It dates from c1970s and like much of his work shows the stylistic influence of the COBRA avant-garde art movement active in Denmark, Belgium and Netherlands.

Excellent used condition no damage. There is some limescale encrustation inside suggesting it has at some point been used as a plant pot.

Jaap Dommisse (1929-84) was a leading Dutch ceramicist from the 1960s to 1980s. Much of his work with rich stylistic patterns in glaze drew on motifs from the Post-War COBRA avant-gare group of artists such as Karel Appel, Asger Jorn and Corneille. He worked on his own in his own studio and his work is not common. His style can very much be described as painterly as it is the pattern that drives the piece in combination with shape and glaze.