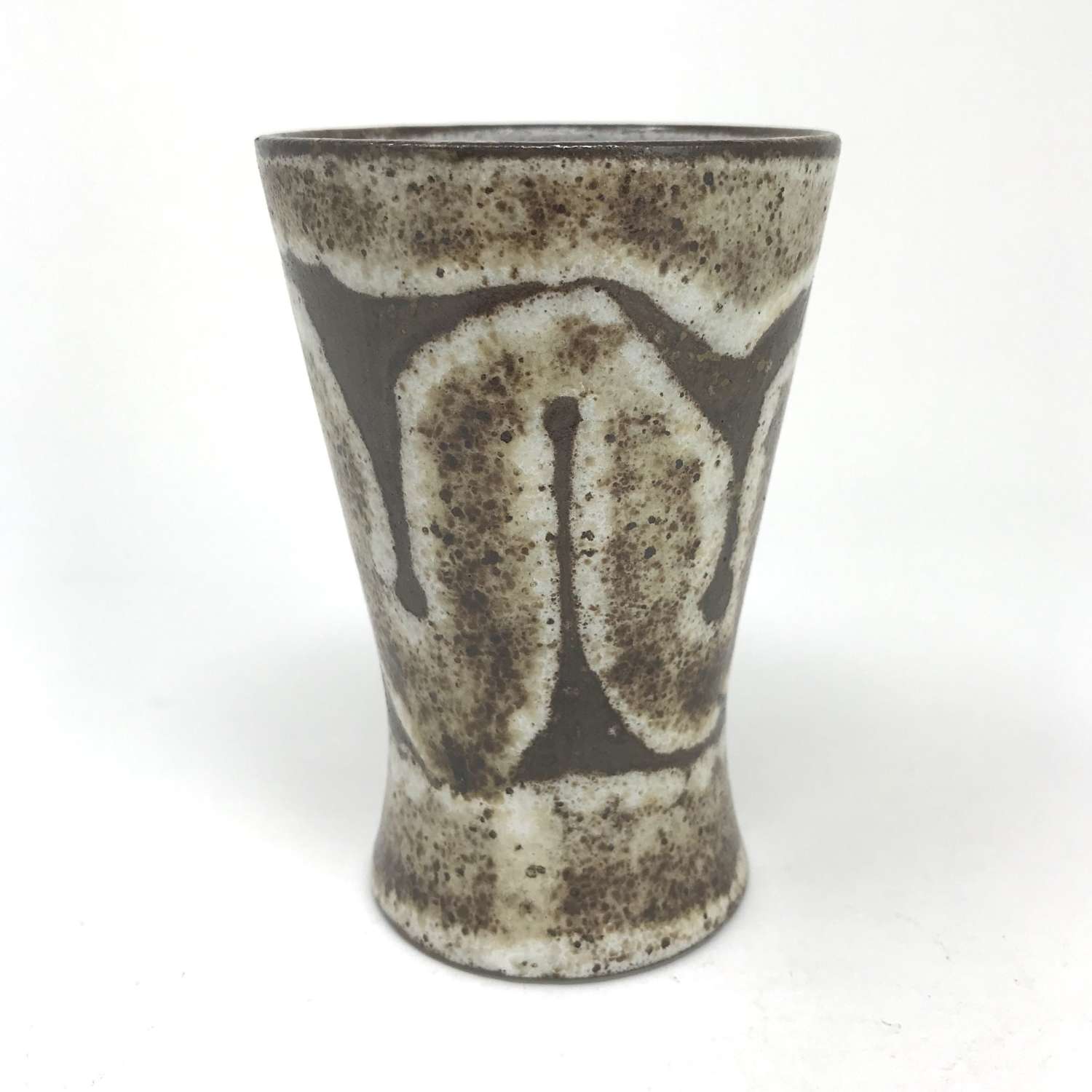 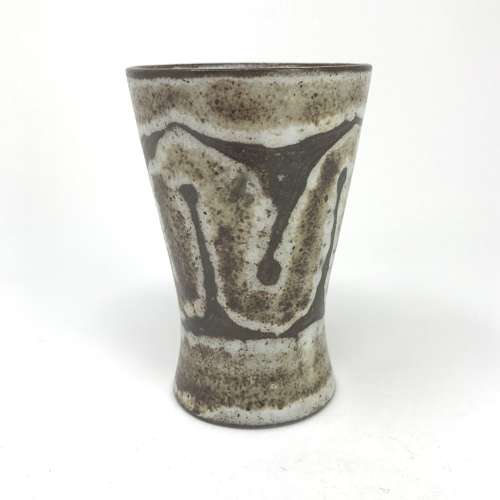 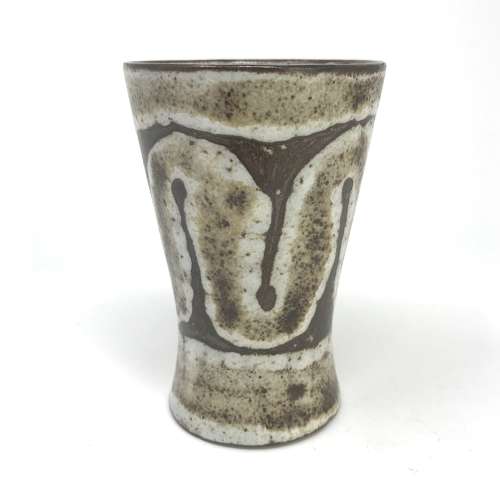 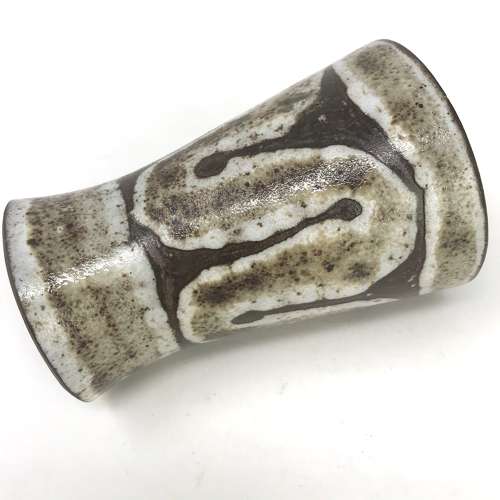 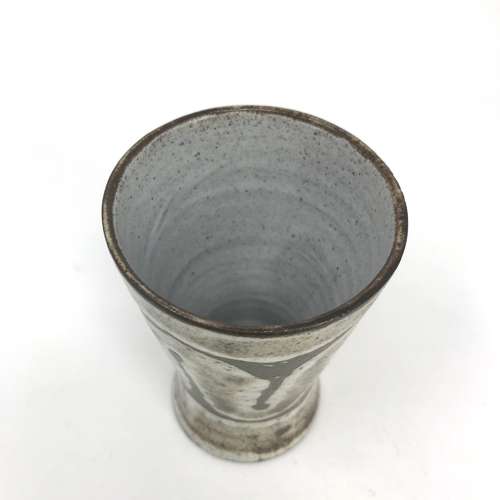 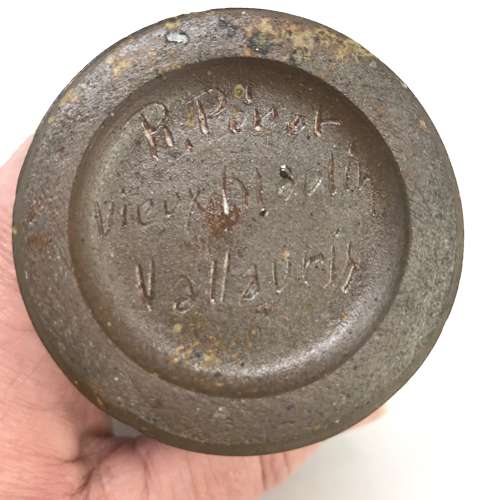 Robert Perot vase for his Vieux Moulin pottery in Vallauris, France c1958. Signed to base.

Robert Perot (1931-2003) was a French sculptor  and ceramicist. In 1954 he moved to Vallauris in the south of France and set up the Vieux Moulin pottery studio which continued until the 1970s. After then he moved away and focused on sculpture. Vallauris became famous as a pottery town after Picasso moved there to take up ceramic design in 1948. Other leading art potters like Roger Capron, Robert Picault and Robert Perot moved there and an art pottery community developed around Picasso. Perot exhibited his work alongside Picasso and these other artists during the 1950s.