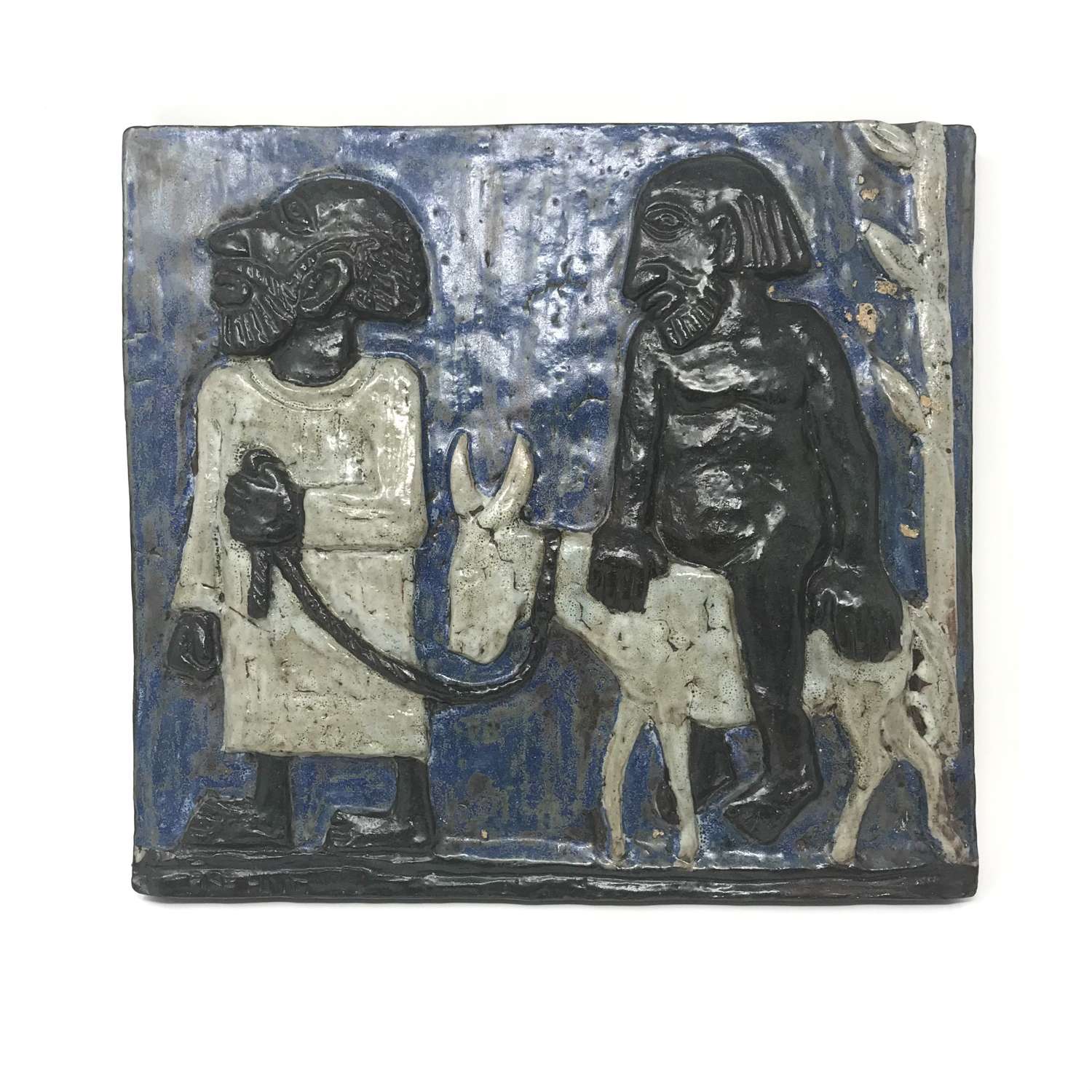 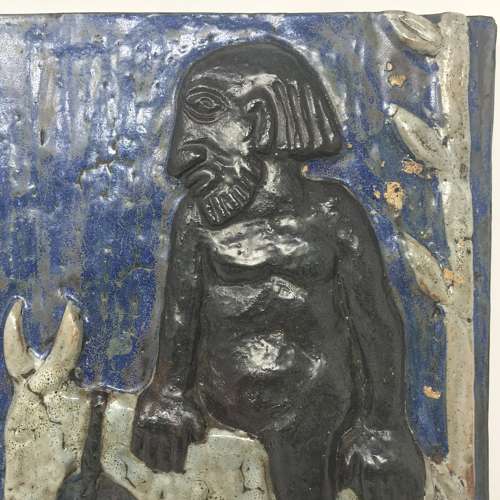 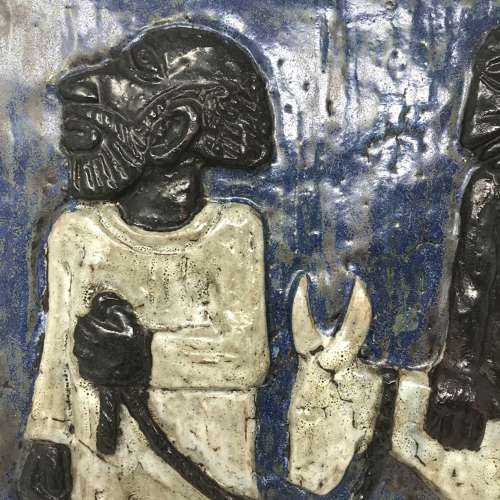 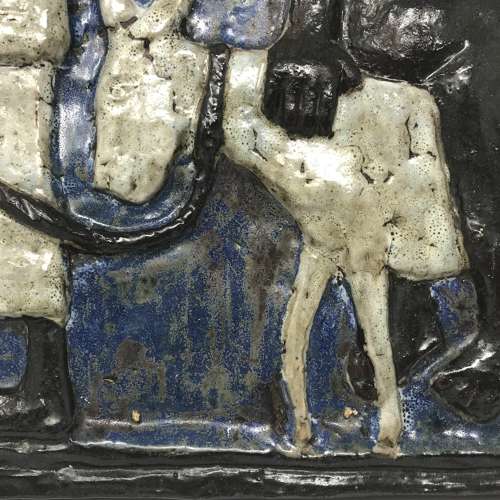 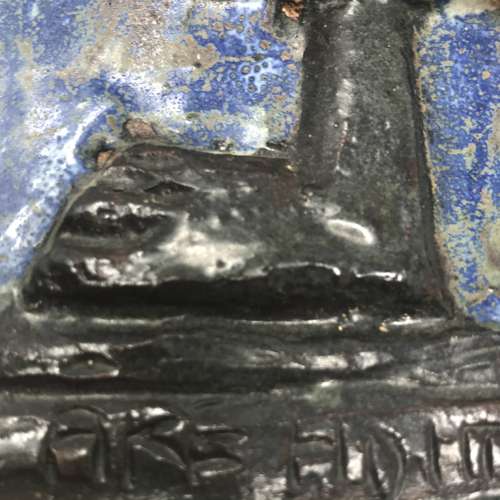 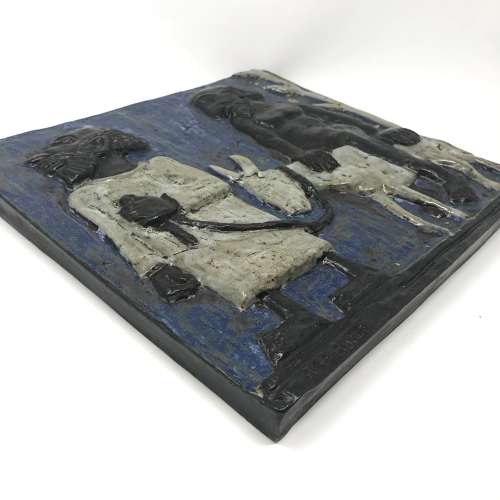 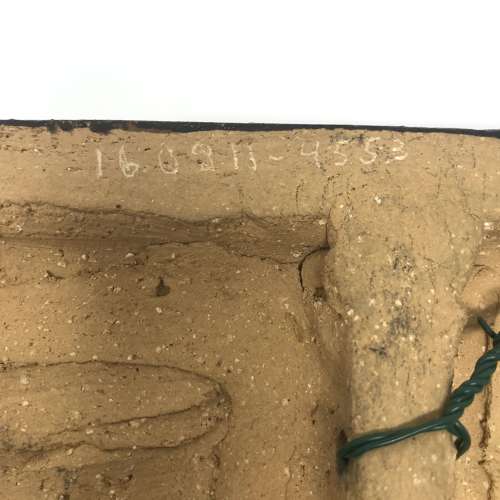 Åke Holm ceramic wall plaque in relief depicting two men with one riding a donkey. Possibly Jesus with one of the disciples. Signed in the clay at the bottom left. There is also a number on the back.

Good condition. There are a number of unglazed clay inclusions on the front of the wall plaque. These are from the manufacturing process. Priced as described.

Åke Holm (1900-80) was an artist and ceramicist based at Hoganas, Sweden. He often used biblical themes in his work but with a distinct modernist styling. His work is starting to get the recognition it deserves for its distinctive style. His monumetal stoneware sculptures of figures from the Bible as well as his wall plaques are now recognisd as some of the finest ceramics produced in Sweden in the second half of the Twentieth Century. There is a museum in Hoganas, Sweden that holds a large collection of his work donated by the artist.