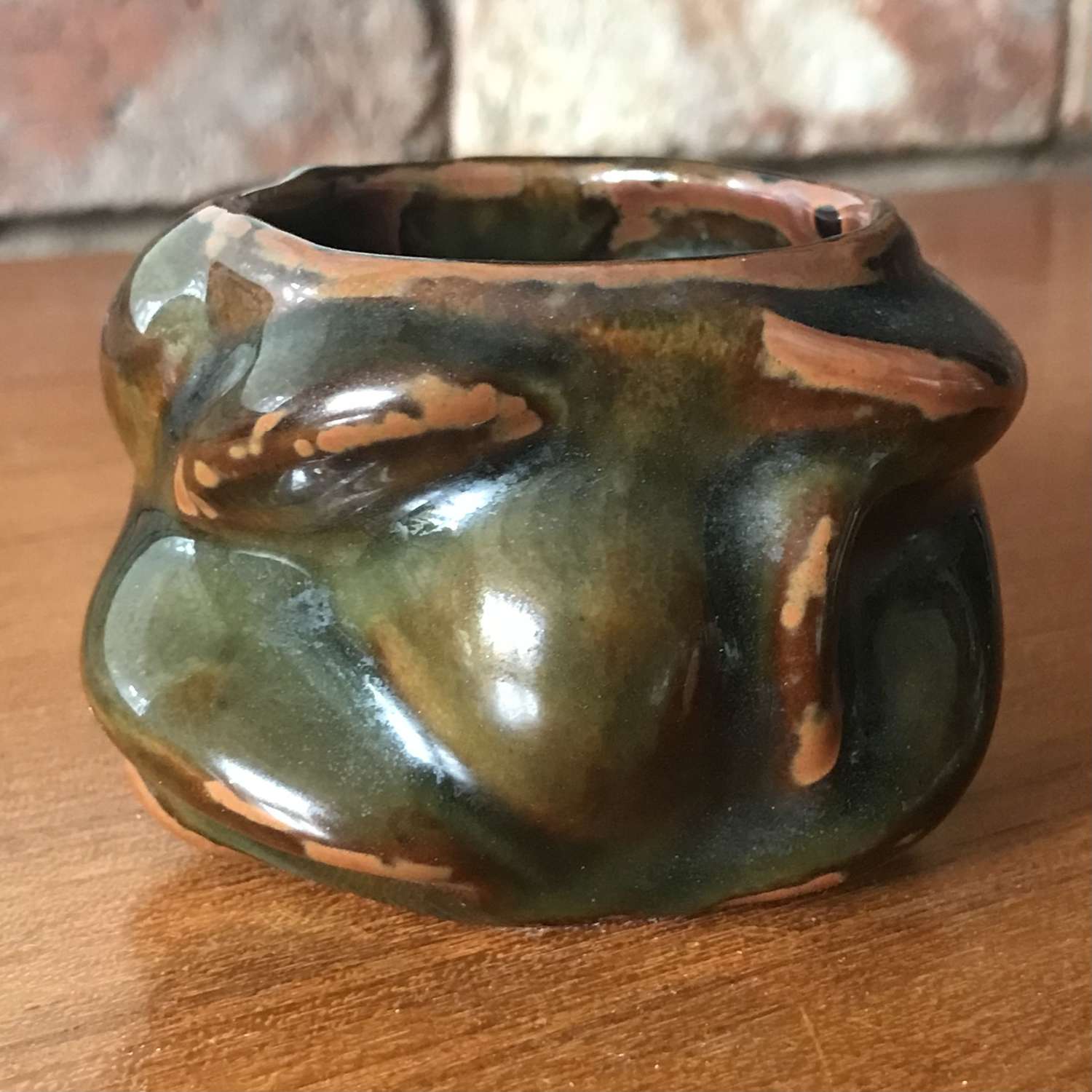 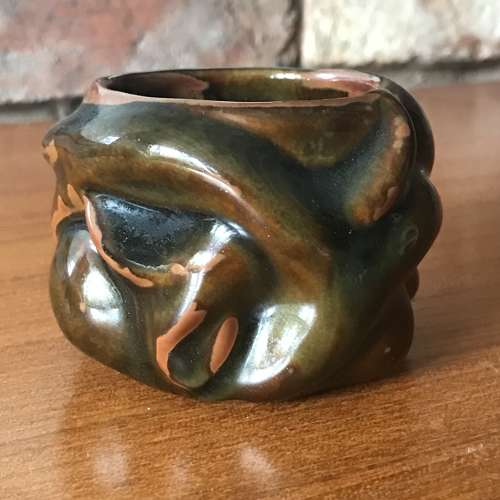 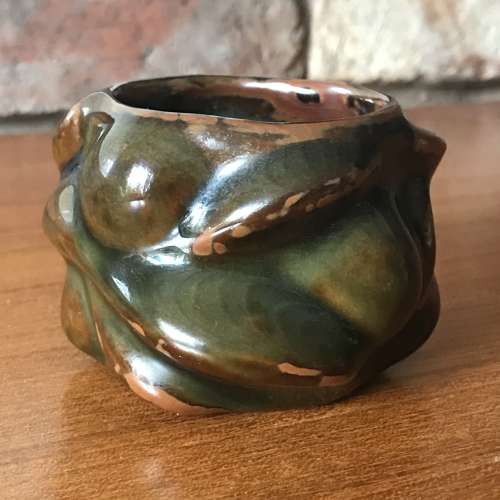 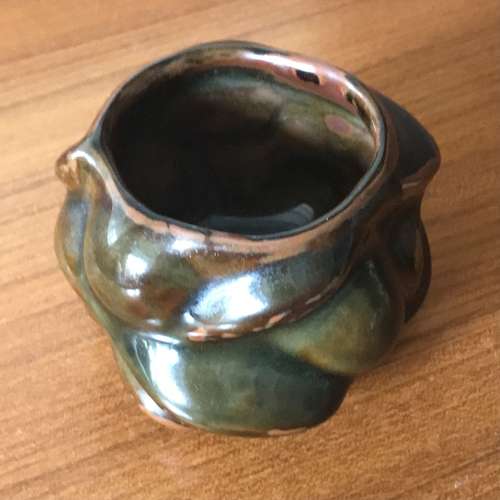 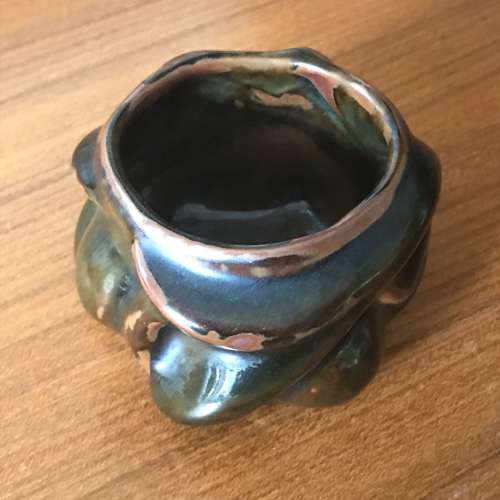 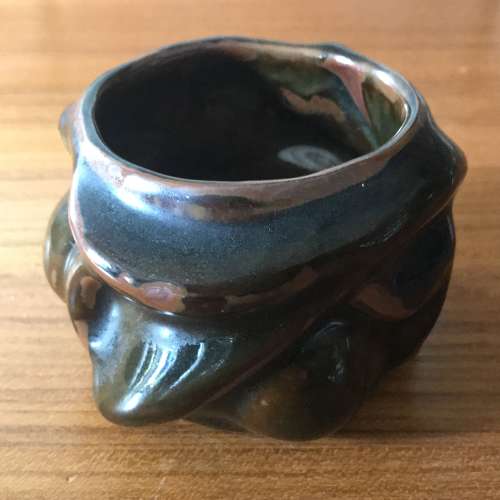 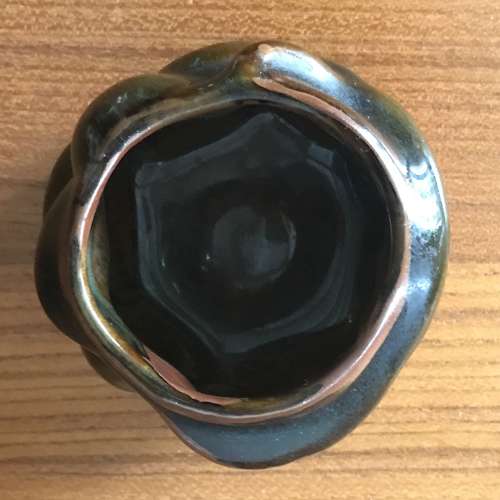 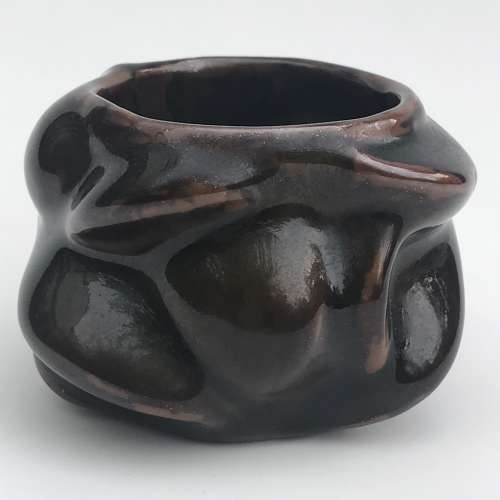 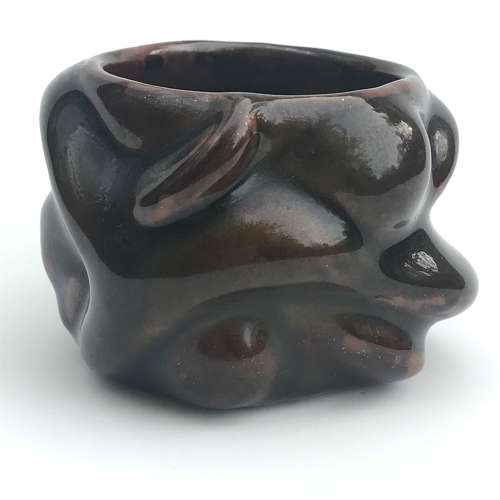 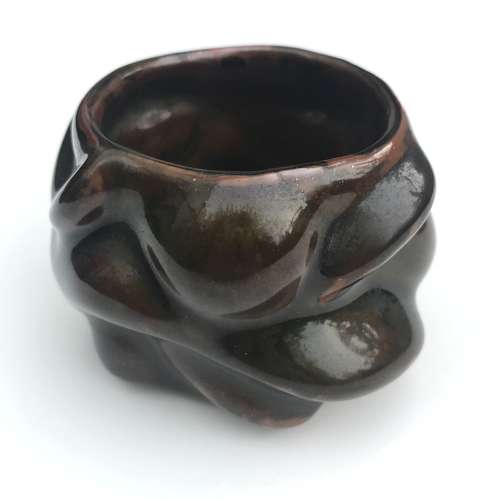 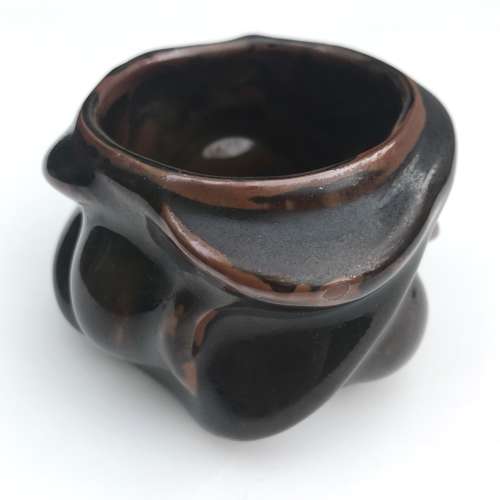 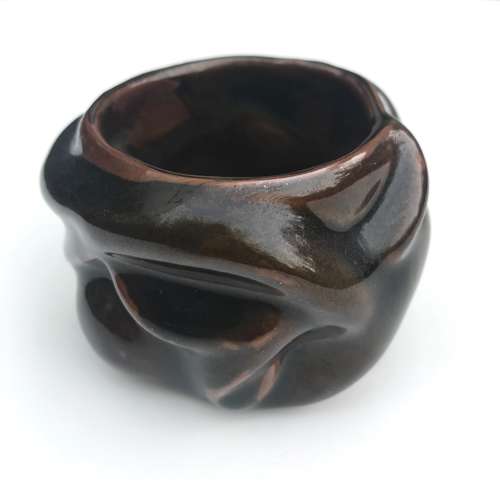 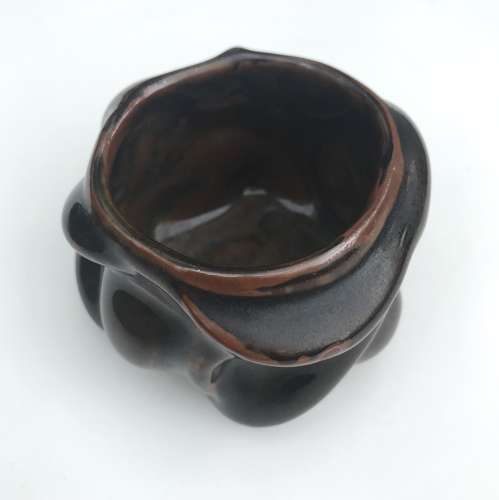 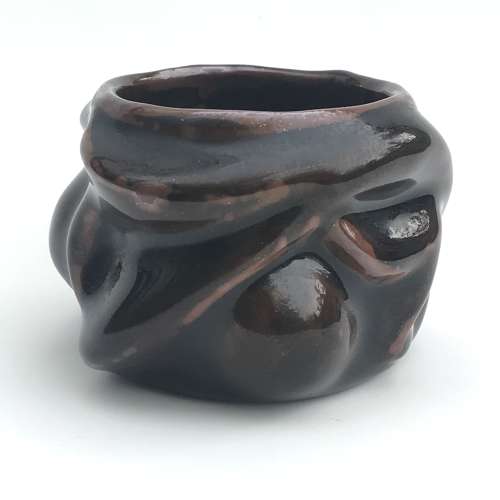 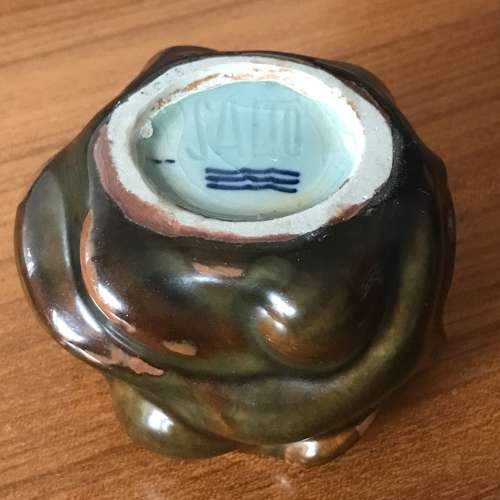 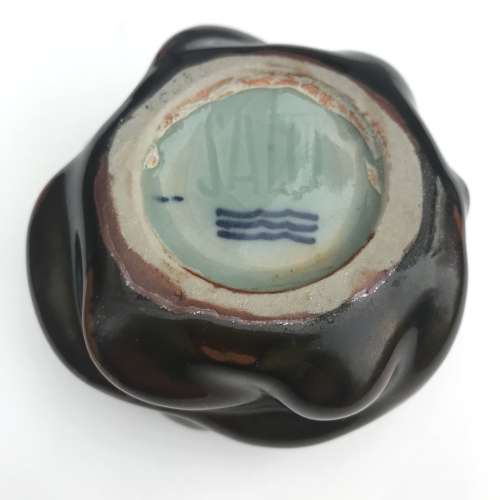 Excellent condition. No damage or restoration. Full condition report on request. Photos try to show this in different lights and with different backgrounds.

Please enquire if you wish to purchase this item.

Axel Salto (1889-1961) is without doubt the most important figure in Danish ceramics whose work in that medium is now recognised as amongst the most significant and influential made during the Twentieth Century. He started out as an artist and was influntial in early debates on modernist art in Denmark in the 1910s after meeting Picasso and Matisse in Paris. He turned to ceramics in the mid 1920s and produced some highly acclaimed pieces for Bing and Grøndahl for the Paris World Fair of 1925. He went on to produce some extraordinary pieces with novel shapes and glazes with Carl Halier, then at Saxbo and finally at Royal Copenhagen studios. He produced ceramics in three organic shapes: budding, fluted and sprouting. These were richly glazed with solfatara, sung, celadon or olivin glazes.  He is now recognised as one of the great modernists of the last century. His work now appears in top salerooms and is held in the most important museum collections worldwide.