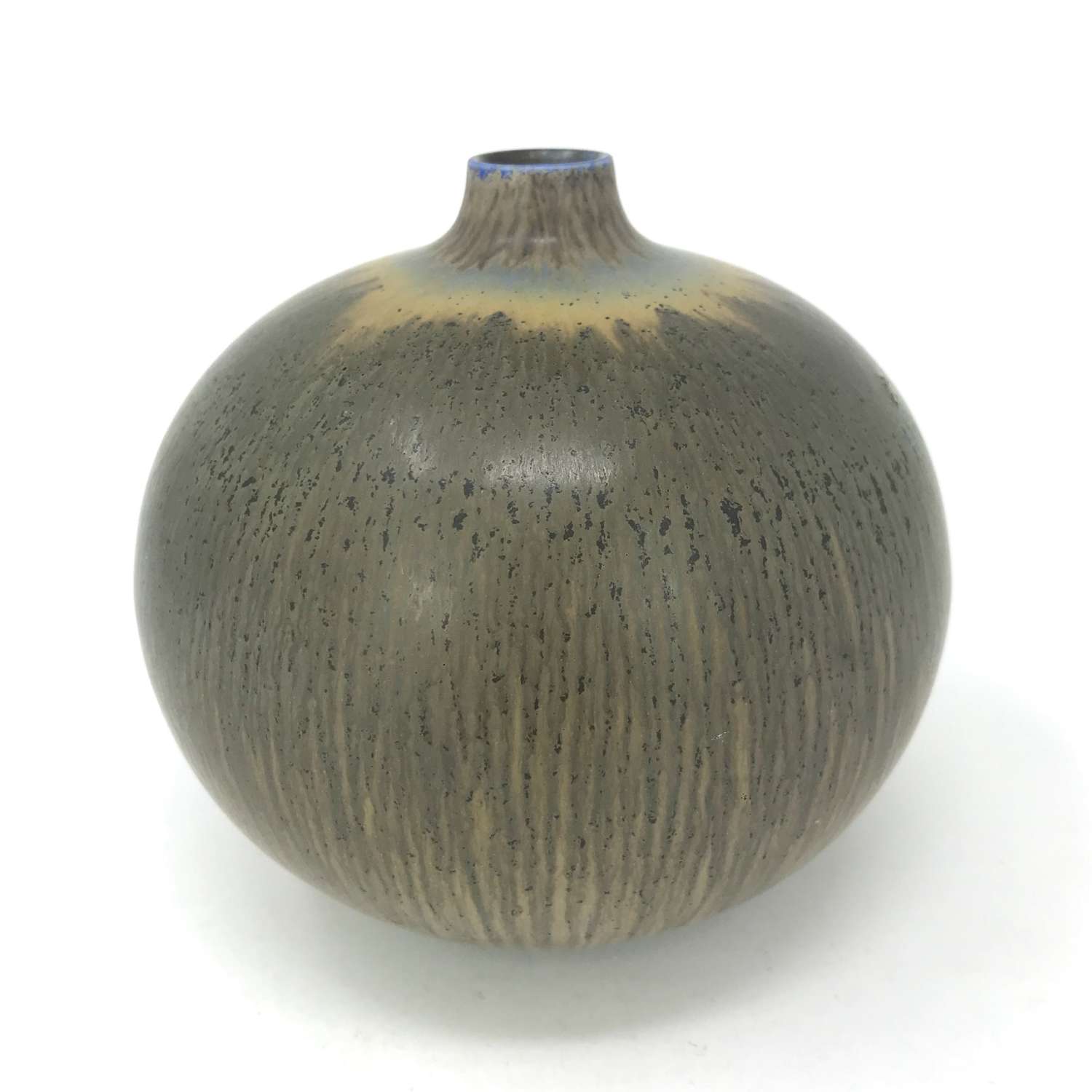 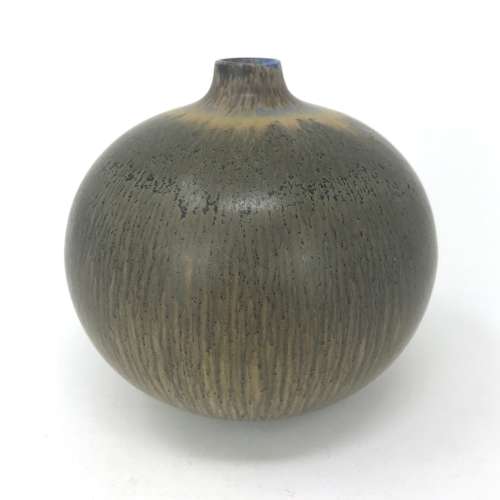 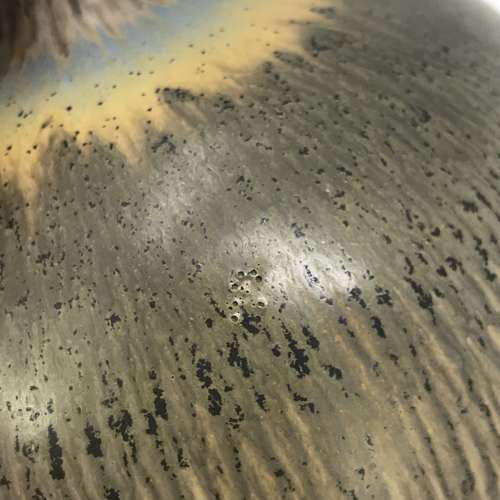 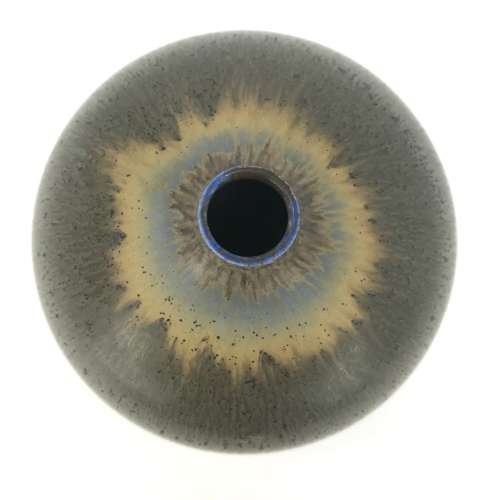 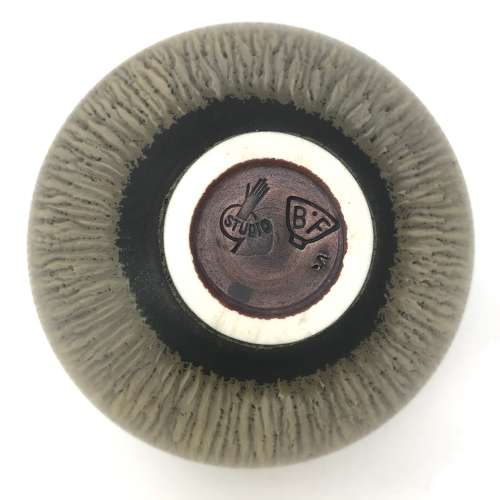 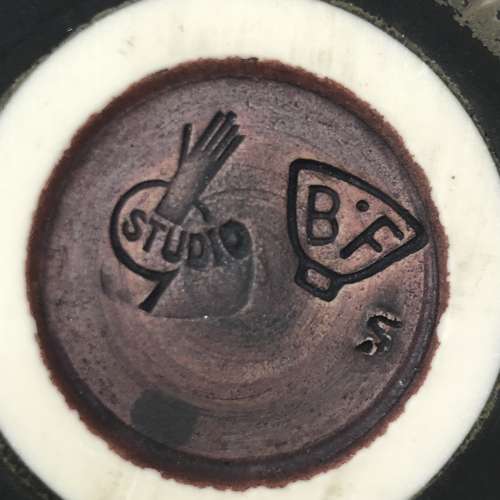 Berndt Friberg globular vase with earth coloured haresfur glaze with yellow and blue highlights for Gustavsberg, Sweden 1940s. This piece is signed and marked to the base with the early mark for 1944-48.

Berndt Friberg (1899-1981) is regarded by many as one the greatest ceramicists of the 20th Century. As a thrower he was unsurpassed in technical skill. He started out as a thrower for other designers (notably Wilhelm Kage at Gustavsberg) and only began signing his own work from 1938. After the success of his early exhibitions he became a designer in his own right. He designed, threw and glazed all his own pots. Every one is unique though he did use a range of shapes and types of glaze. As well as the technical mastery of his possing his glazing is amongst some of the finest ever accomplished on European stoneware. Friberg’s work is now sought after worldwide and is in museums across the globe.