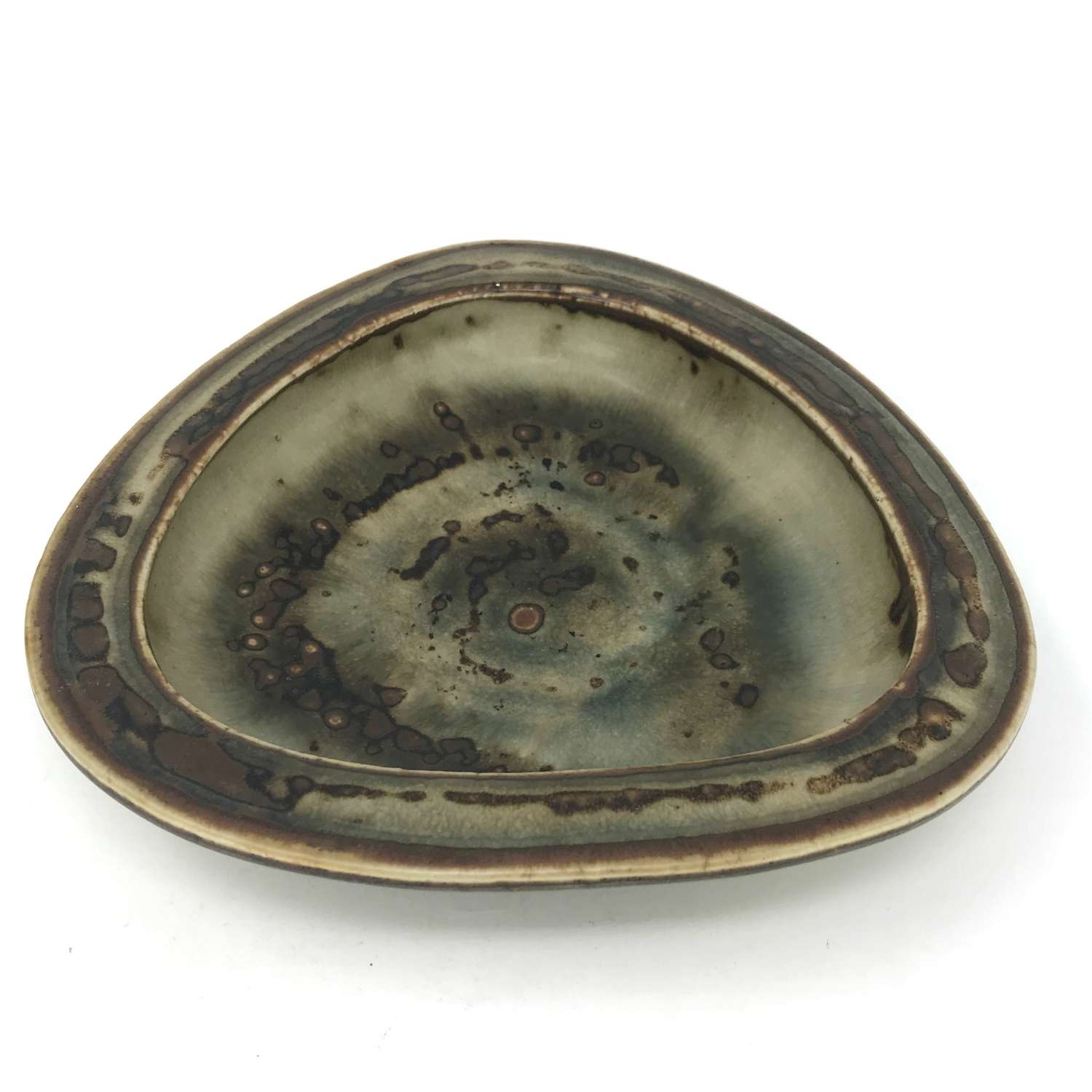 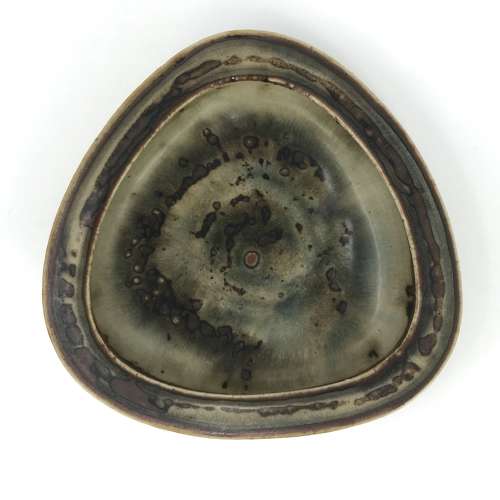 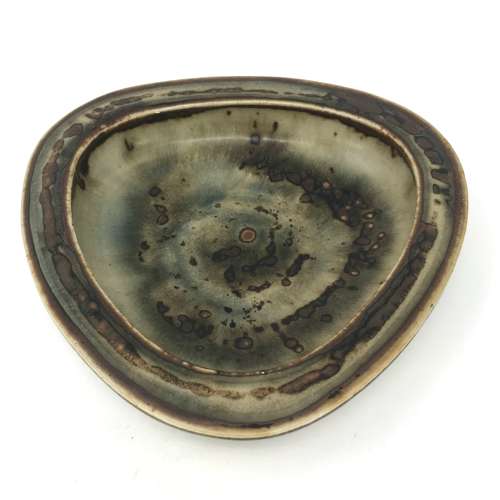 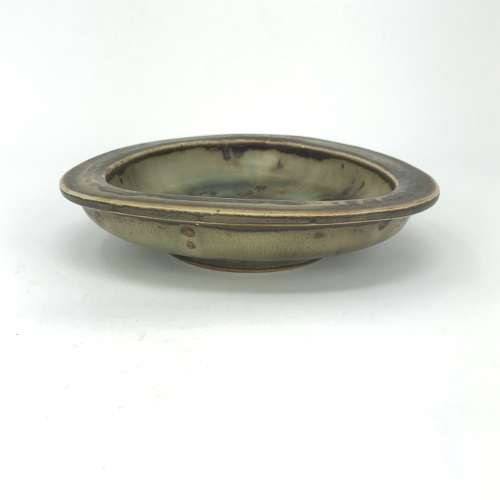 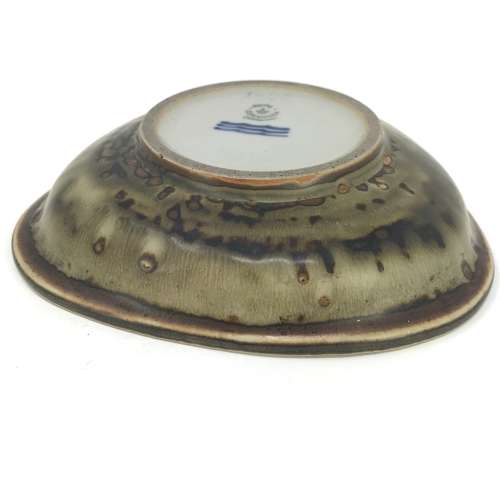 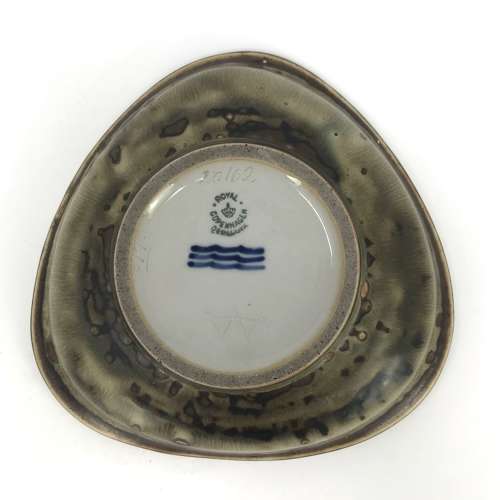 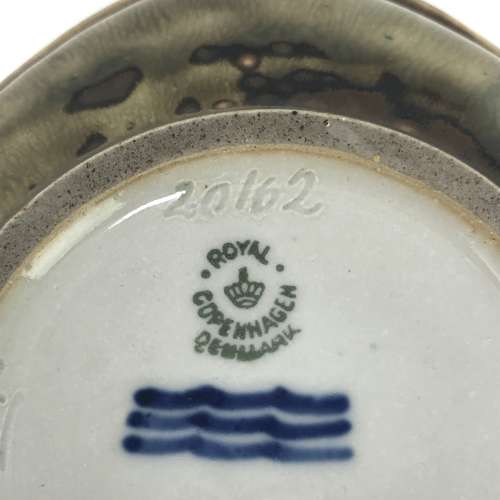 Bode Willumsen (1895-1987) started out training as a blacksmith but quickly took up drawing. In the 1920s he was employed at both the Bing and Grondahl and Royal Copenhagen Factories where he designed ceramics, oten using sculptural forms of animals and mythical beasts applied to ceramic vessels. In the 1930s he set up a studio briefly with Axel Salto before establishing his own studio. He produced distictive ceramics that have a seemingly rustic look but which are highly accomplshed works that have an imprtant place in Danish ceramics. In the 1940s the war made it difficult for him to source materials so he retured to Royal Copenhagen and designed there until 1947. In later life after the war he mainly focused on enamel work. Royal Copenhagen continued to produce some of his designs after he left the factory.