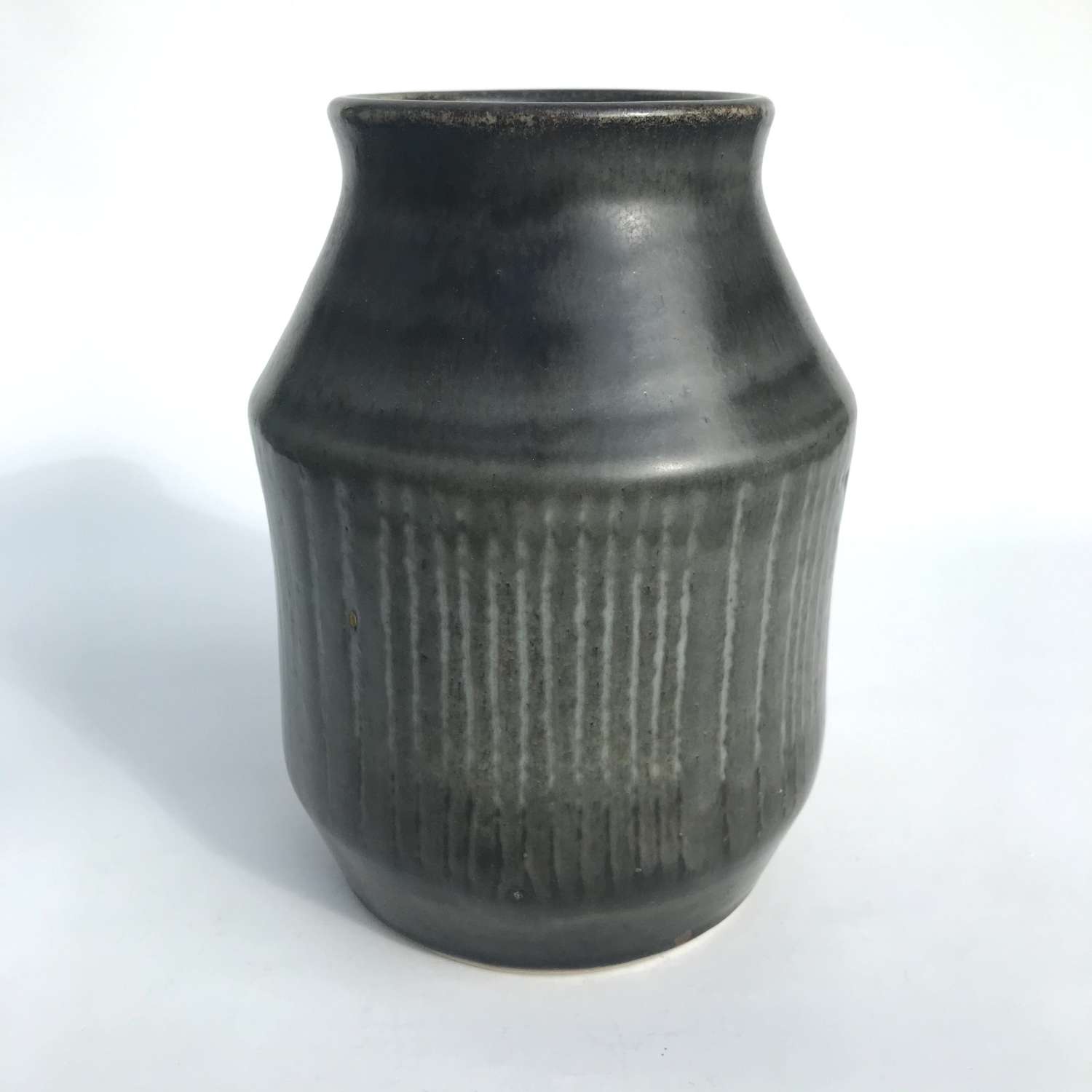 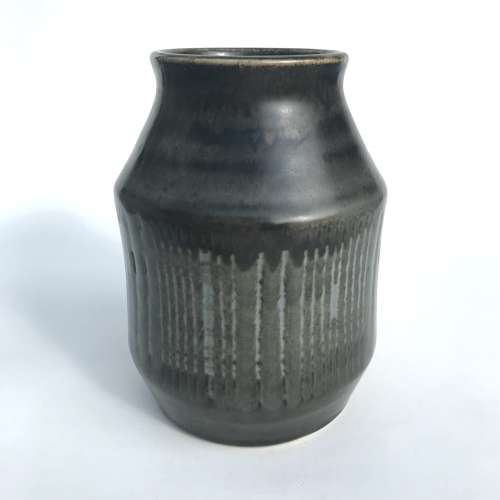 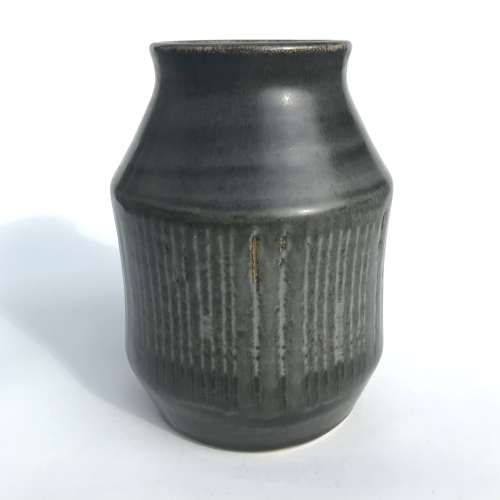 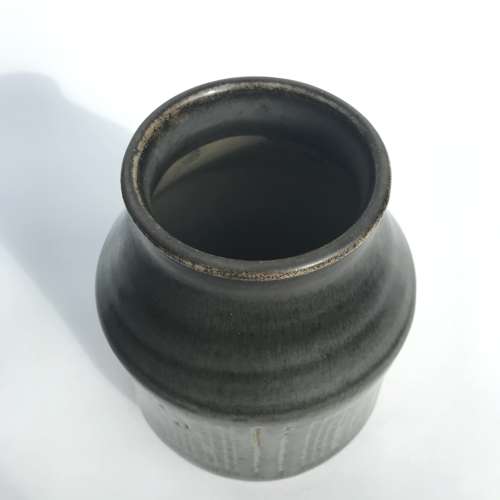 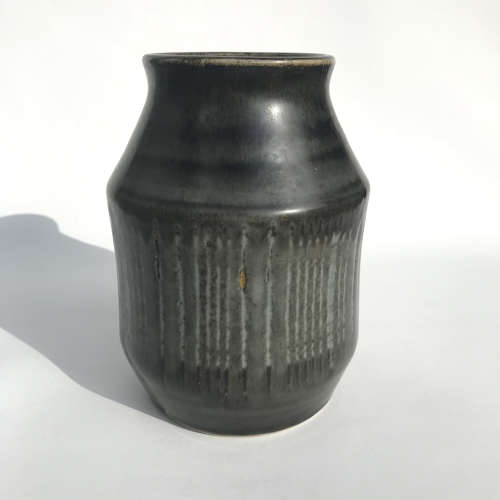 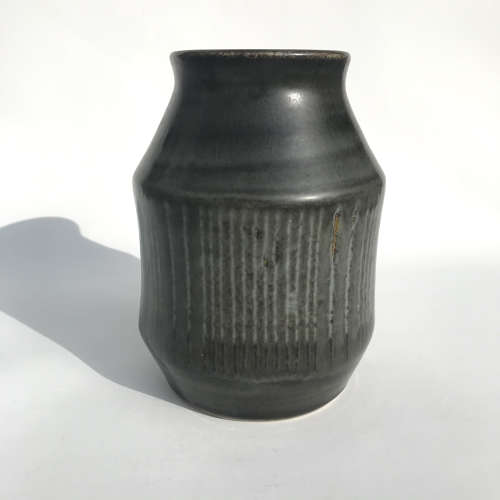 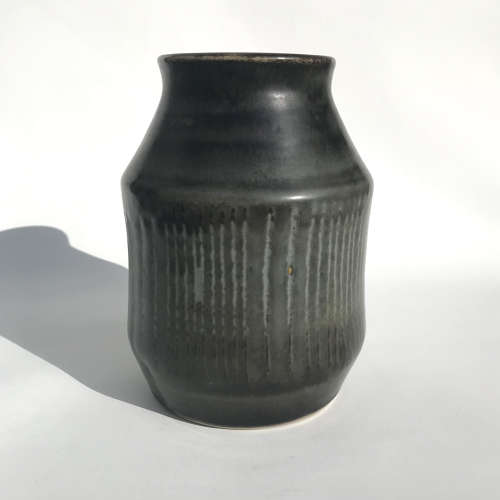 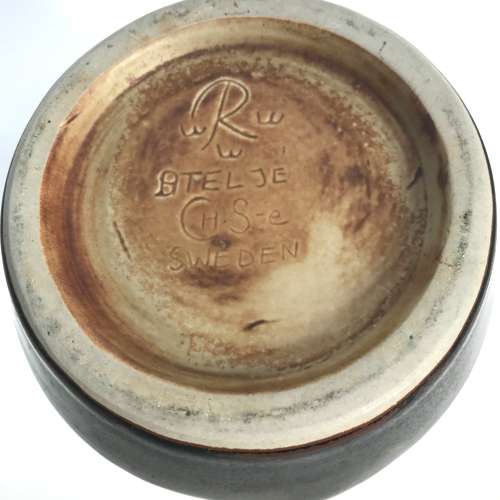 This piece is from the 1960s. In that decade Stålhane moved away from the smooth haresfur glazes he had typically used on classic and biomorphic shaped pieces in the 1950s to a more rustic, Nordic style of ceramics. He was one of the pioneers in this move. Glazes on these pieces can be expected to have a less even finish - that is how they were intended.

See our blog post on Stalhåne's. Unique and studio pieces are much rarer than the standard production pieces