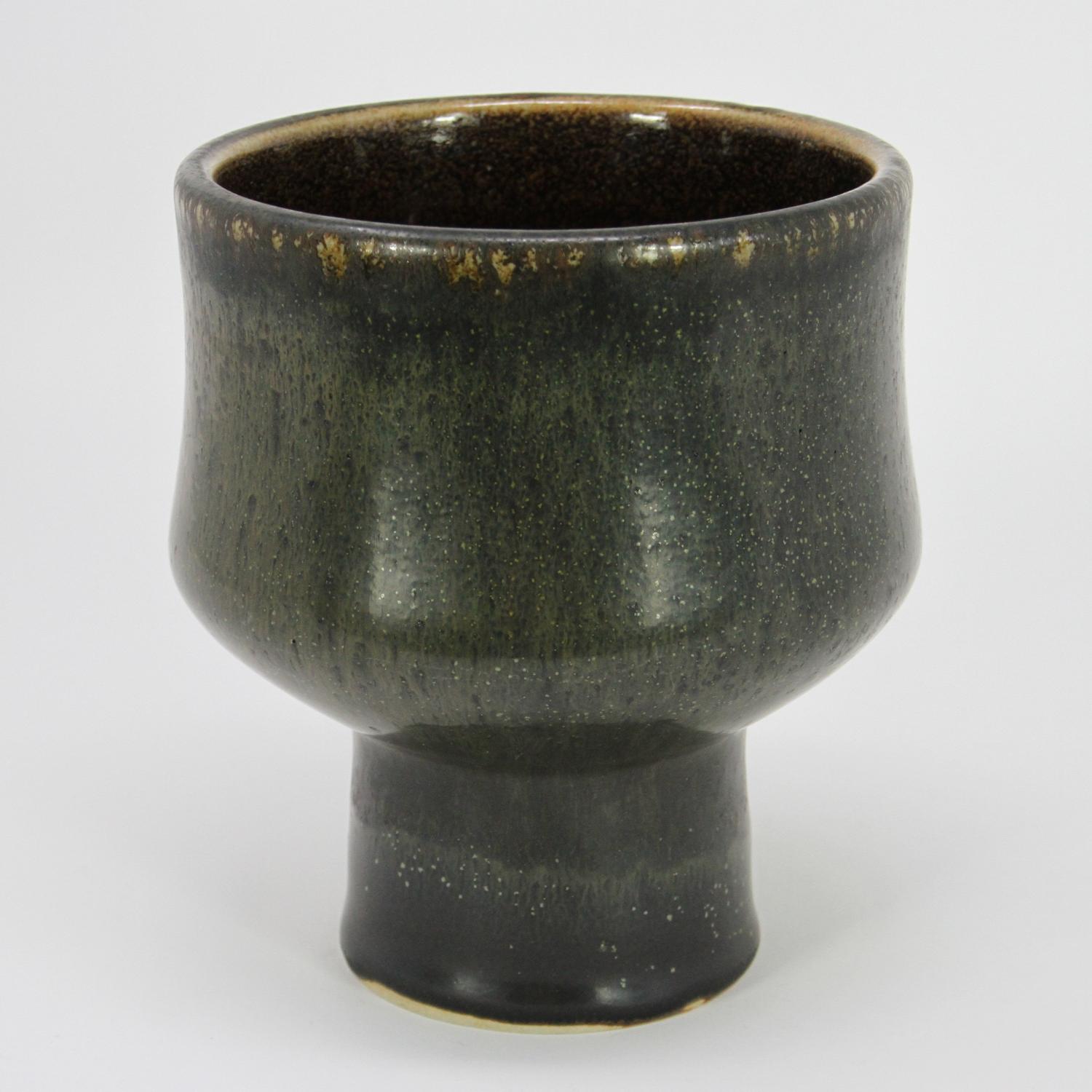 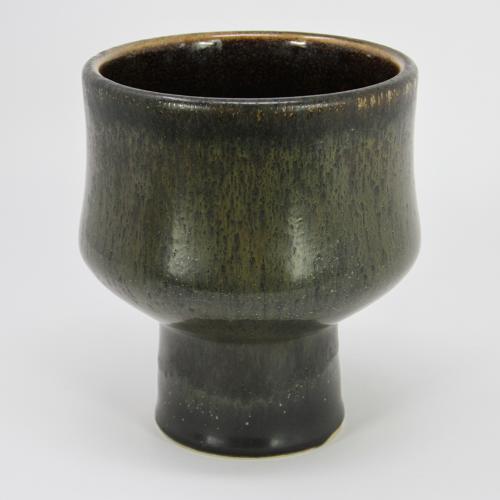 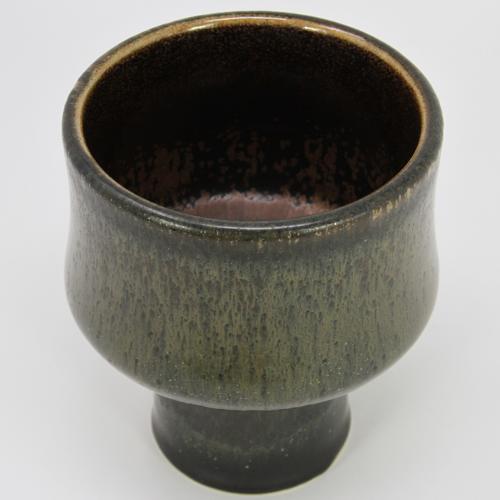 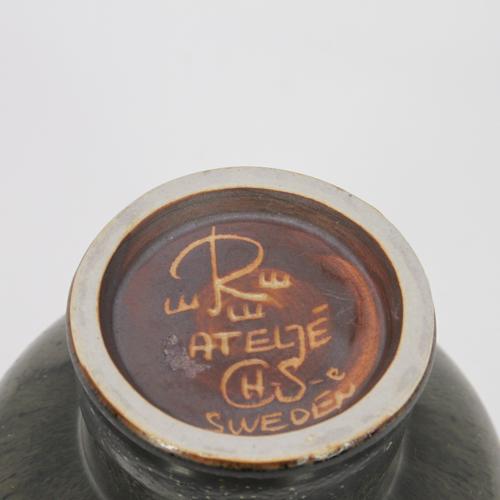 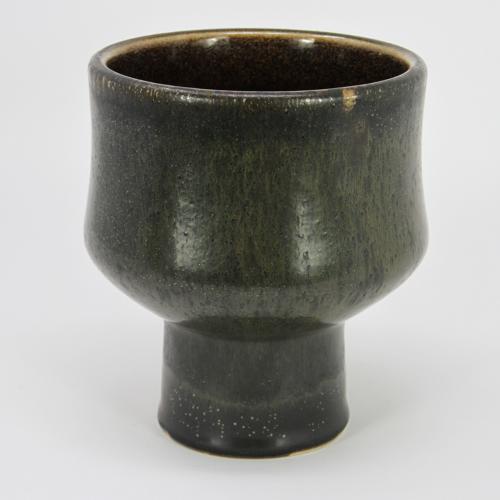 A studio vase by Carl-Harry Stalhane for Rorstrand from the 1960s. This vase has a mottled dark green glaze with a brown interior and is very typical of his work in the 1960s. It has his monogram on the base as well as the word Atelje.  This means it is a limited edition studio piece made in very small numbers rather than a more typical production piece with a model code. The vase is in excellent used condition. A rare find!