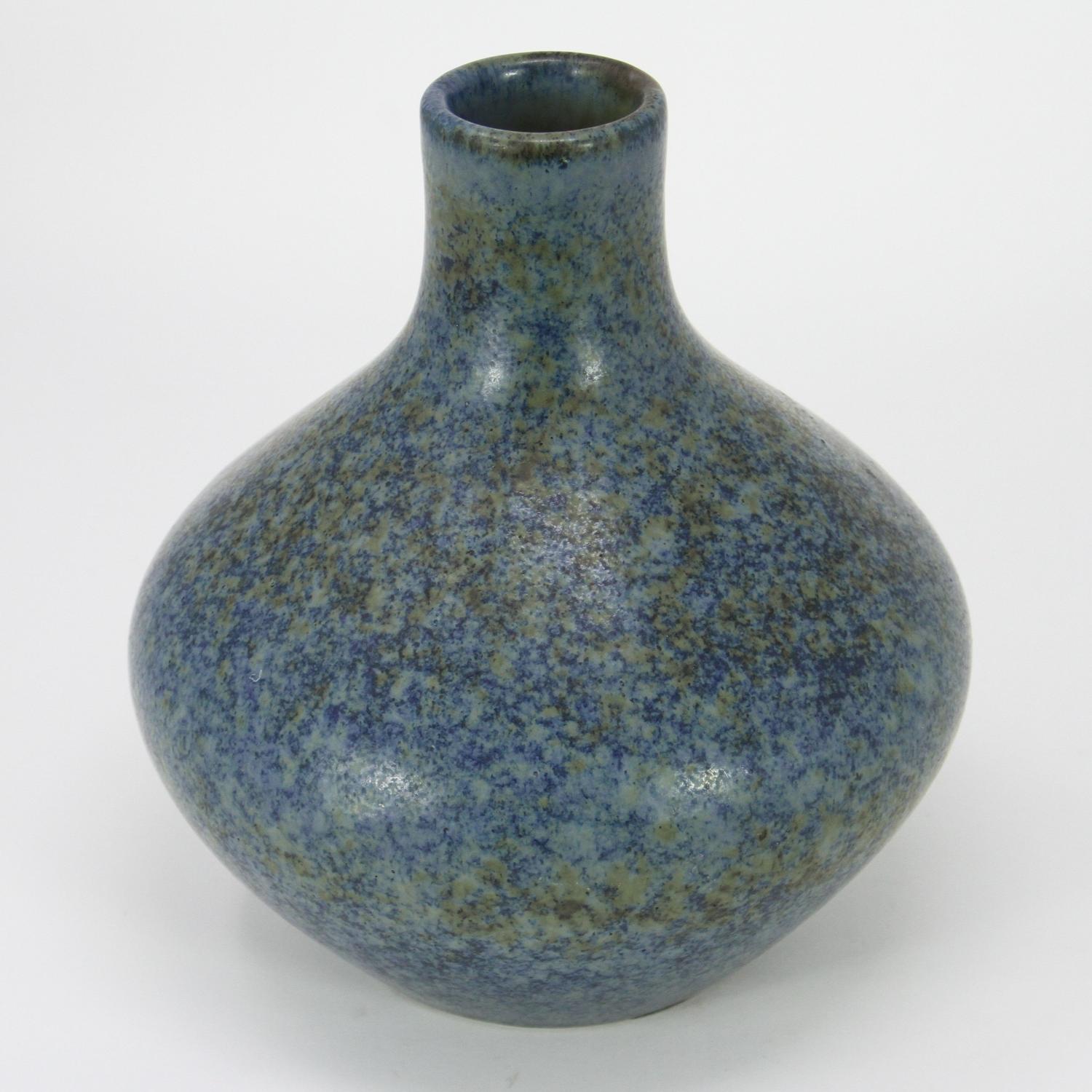 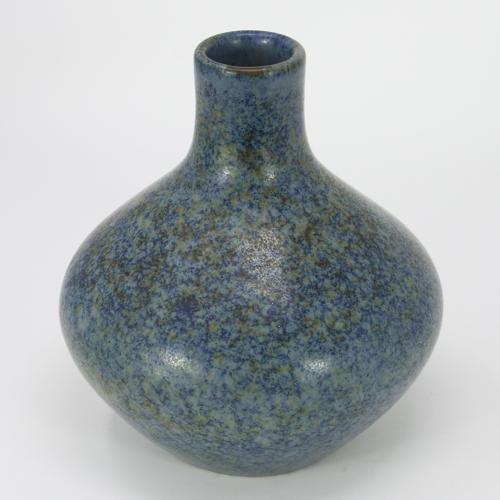 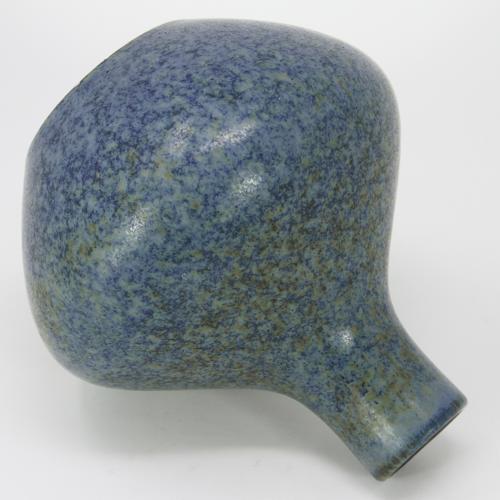 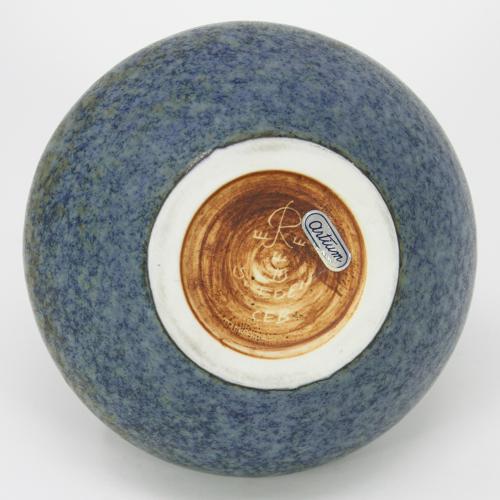 A fine vase by Carl-Harry Stalhane in blue with brown highlights. This vase was designed by Stalhane for Rorstrand in Sweden and dates from the 1950s. It has his monogram on the base and the model code "CEB". The vase retains an orginal shop sticker on the base and is in excellent used condtion. It is a factory first.