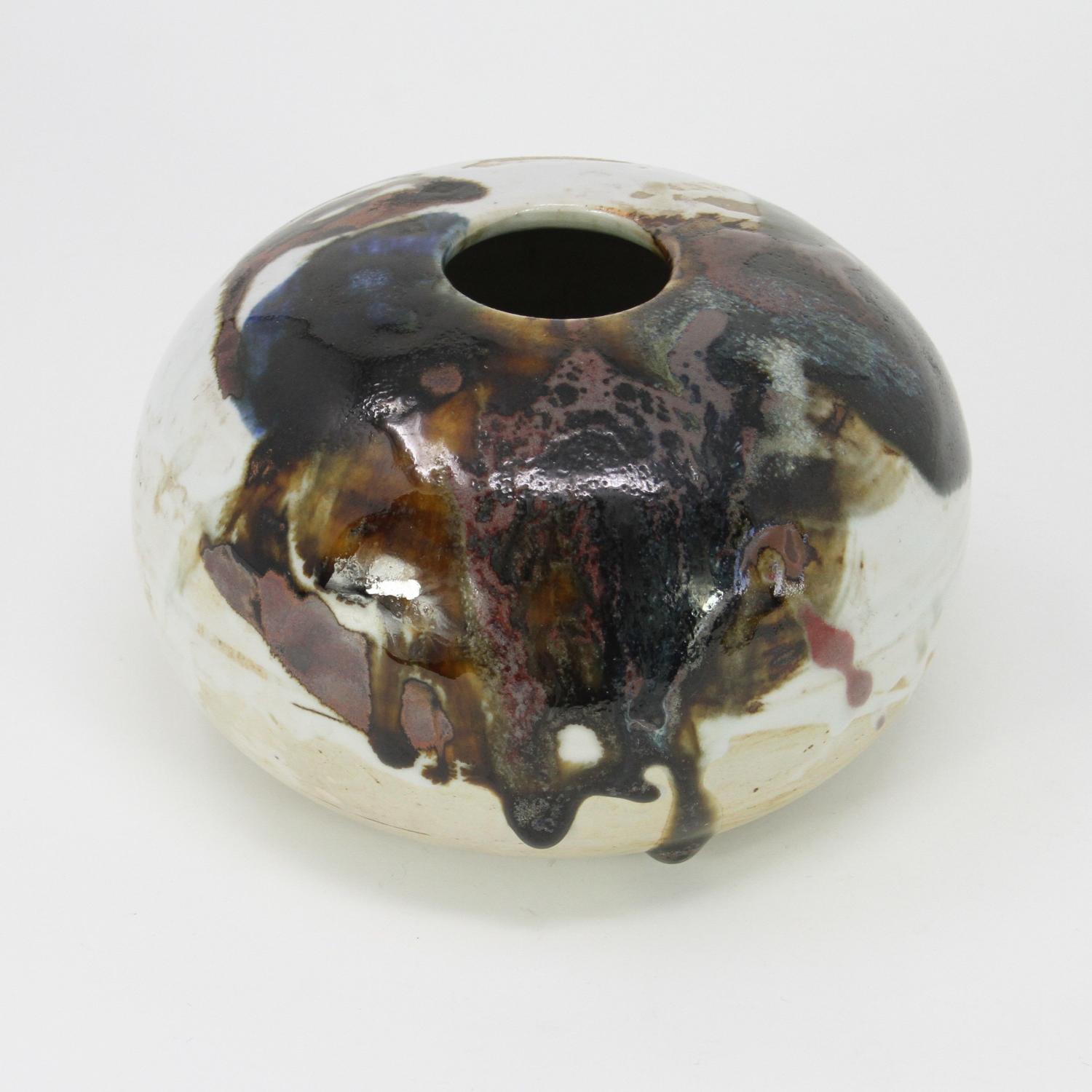 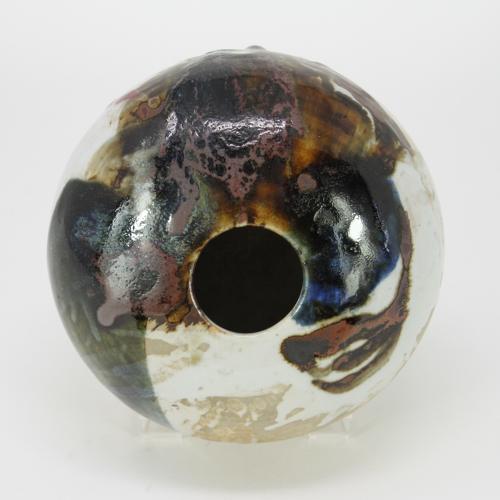 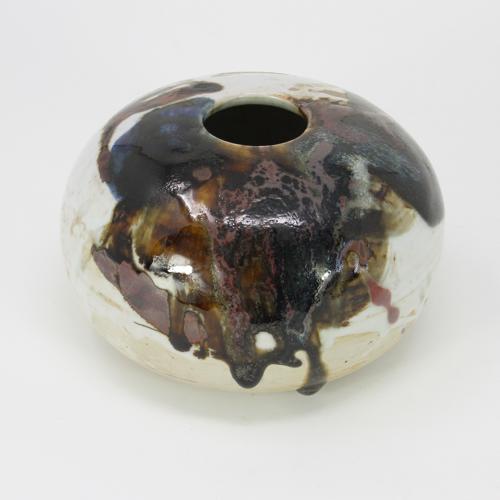 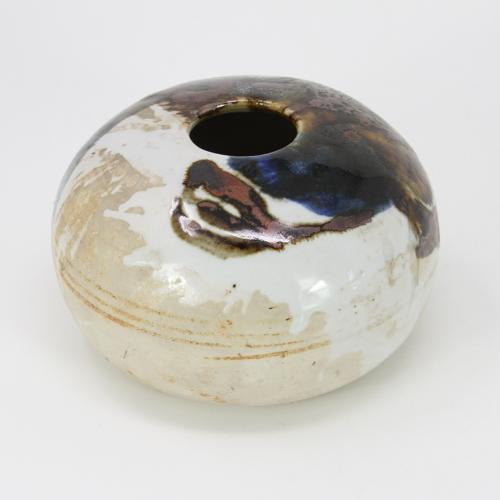 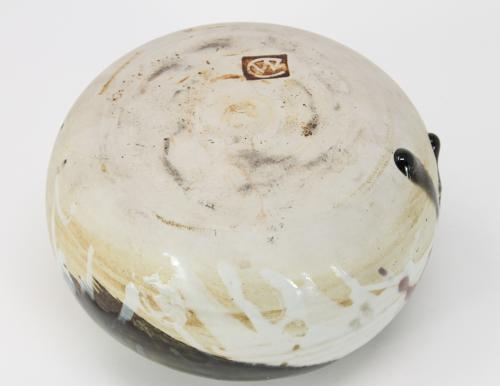 With its sophisticated use of glaze effects this beautiful pebble vase is typical of the work of ceramicist Conny Walther during the 1960s. Made in her own studio it is in excellent used condition and has her monogram to the base.

Conny Walther (1931 - ) was a leading Danish ceramicist of the mid-century period. She worked at Saxbo and Kahler studios in the 1950s before setting up her own studio in Birkerod.  She was a key figure in the Danish studio pottery movement of the 1960s.