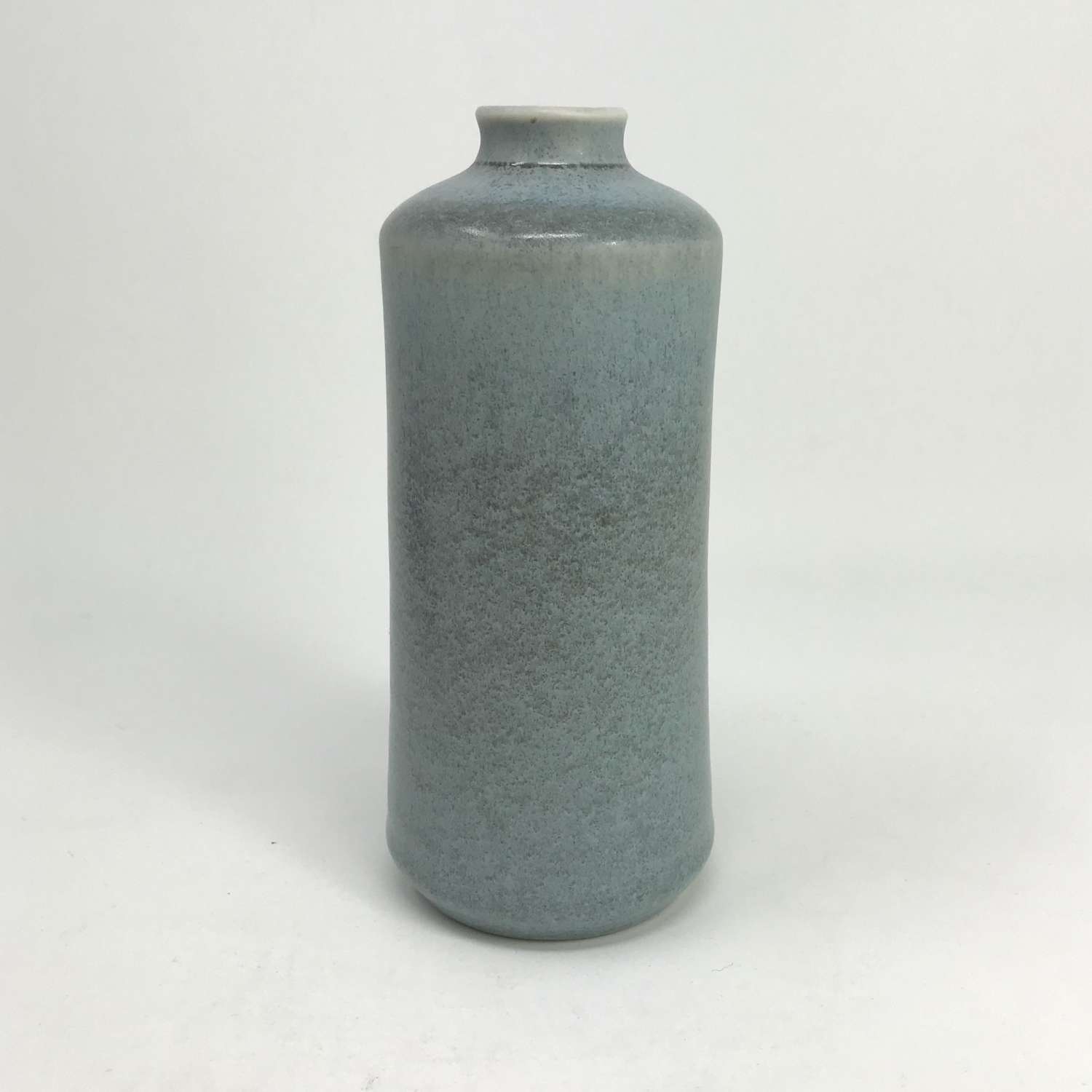 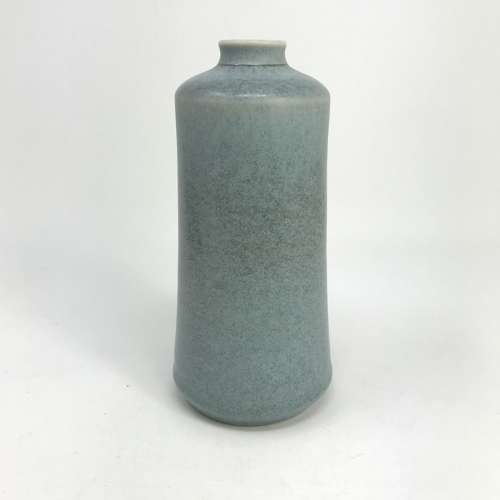 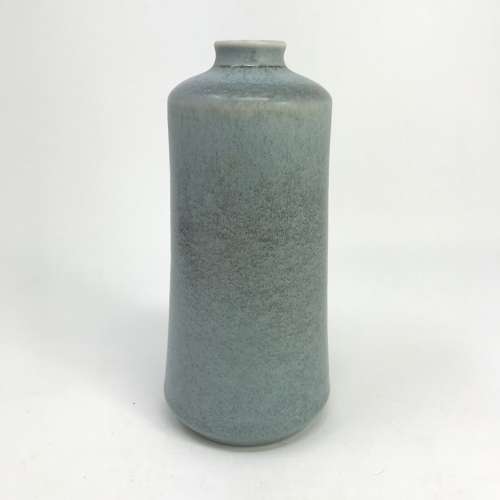 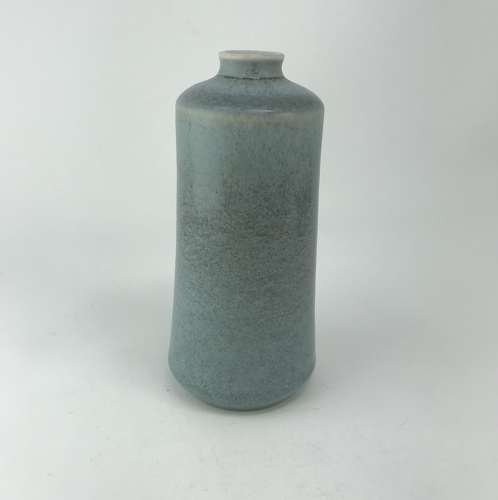 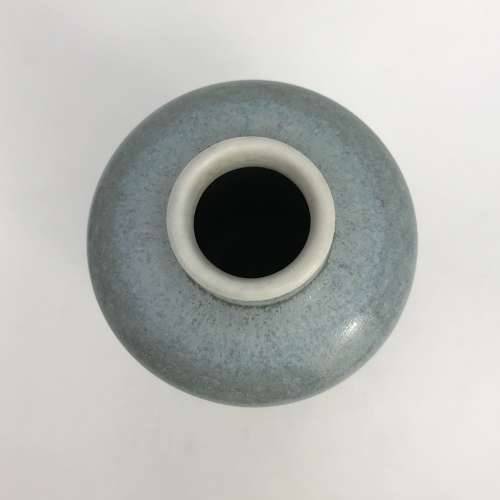 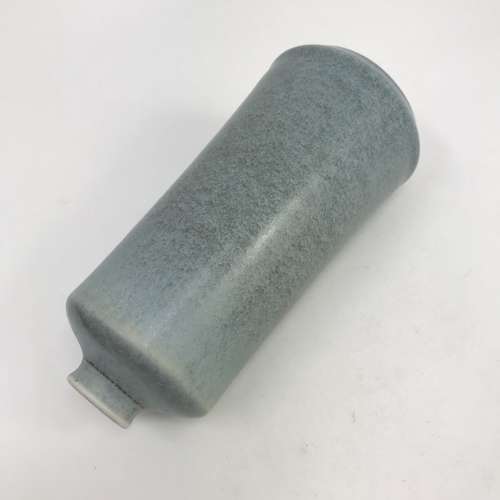 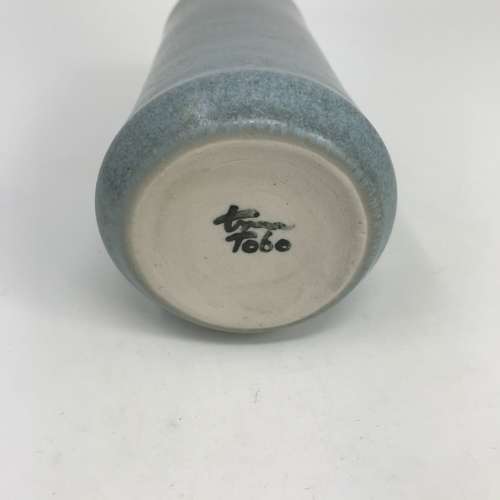 A superb light blue glazed vase by husband and wife ceramicists Erich and Ingrid Triller. Their studio was in the Swedish village called Tobo which they used as the name for their wares. It is signed with that on the base. A particularly fine glaze in an unusual colour.