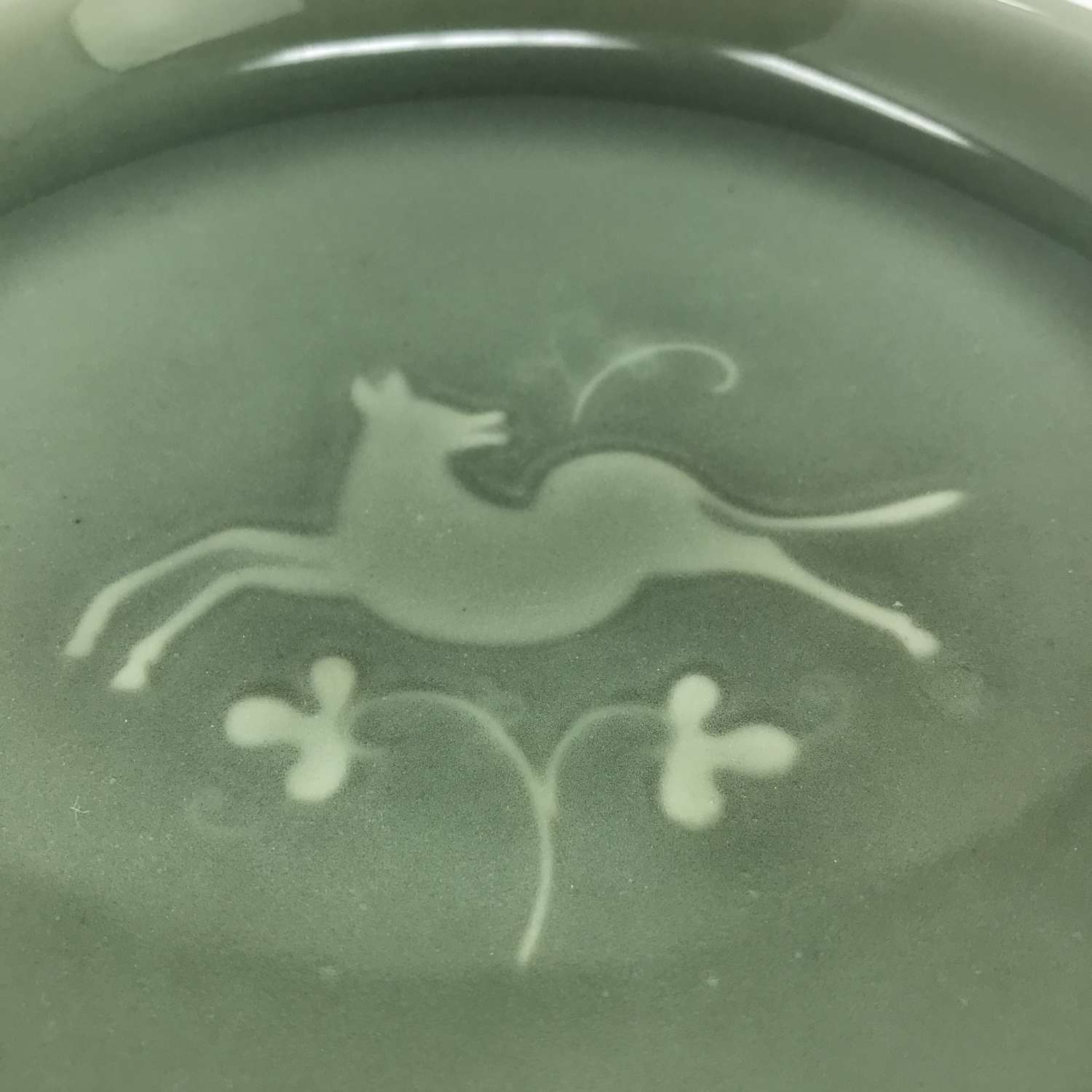 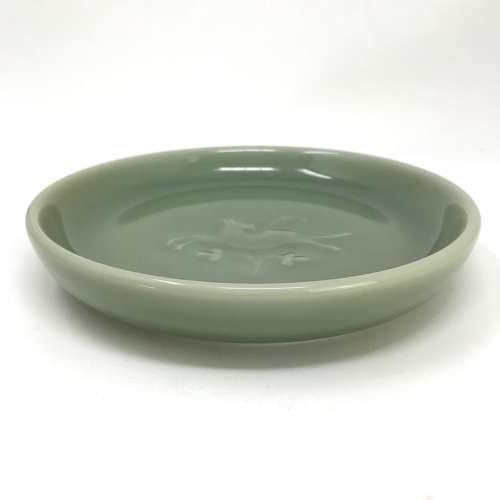 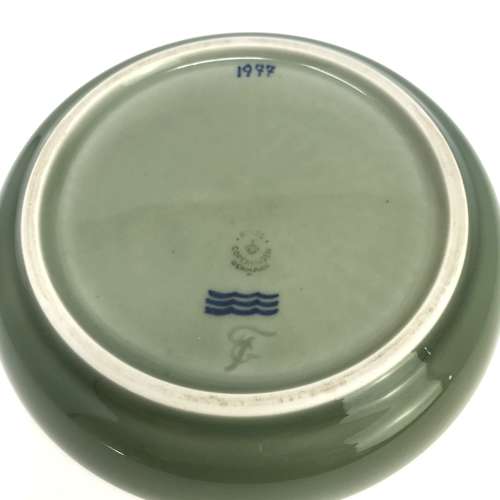 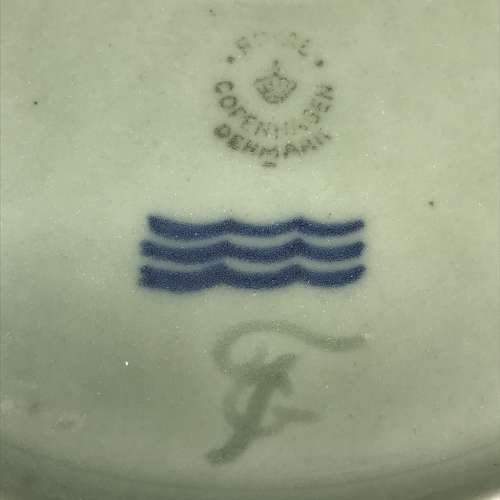 Georg Thylstrup (1884-1940) was trained as a silversmith and sculptor. He started out in metal work but became associated with Danish ceramics when he teamed up with the pioneering Patrick Nordstrom to produce silver and bronze lids for some of his ceramics. In the 1920s he produced designs for Royal Copenhagen which contined to be made after his death. His work is held in museums worldwide including in the Metropolitan Museum in New York.