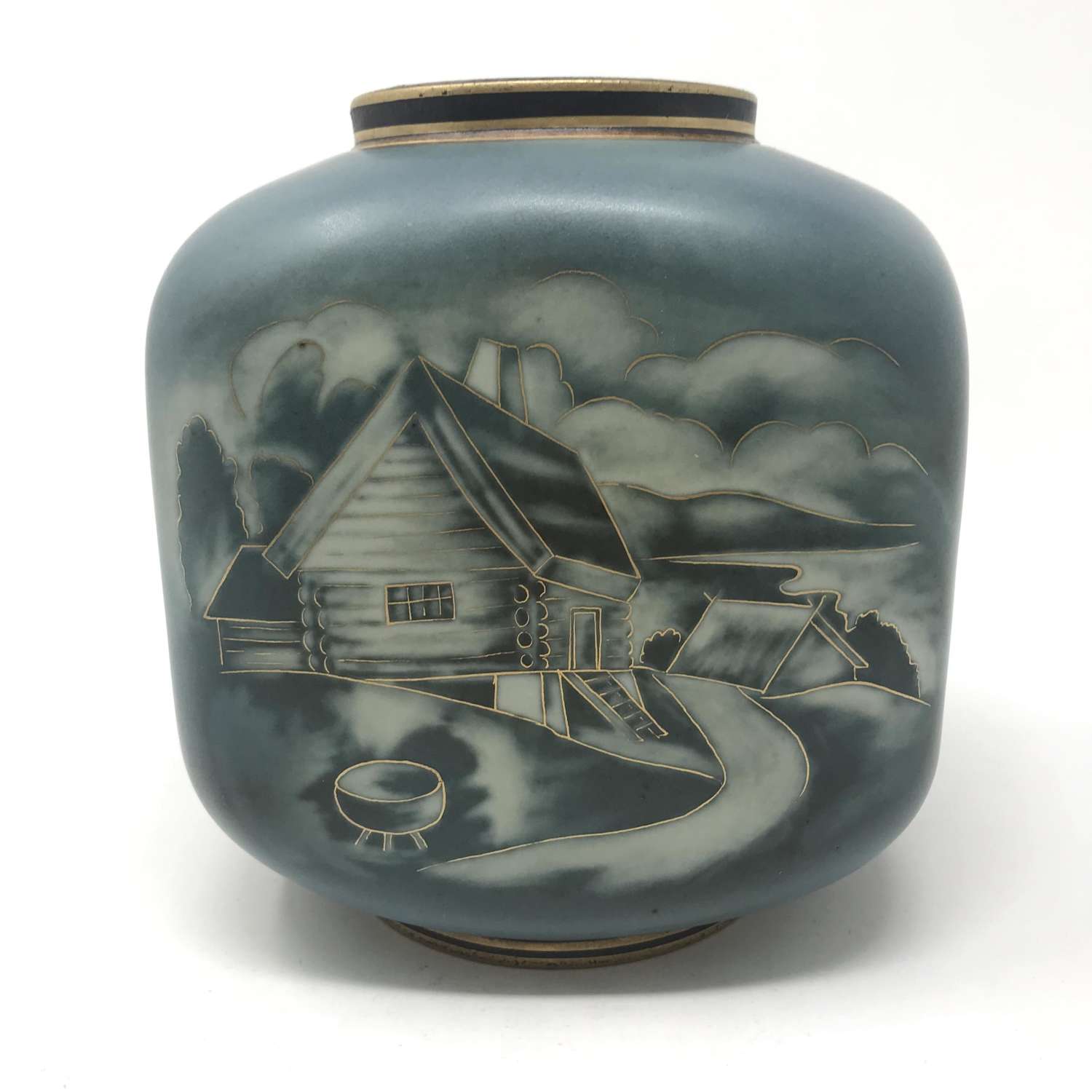 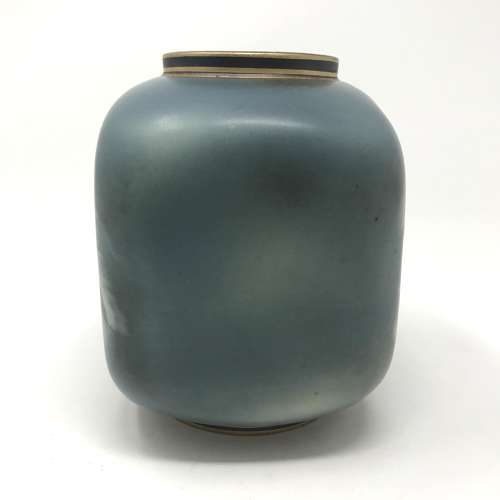 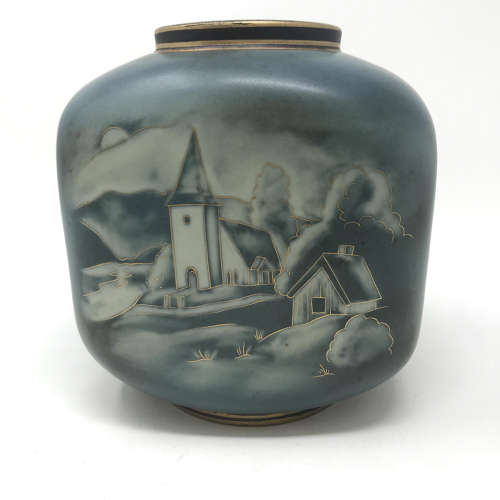 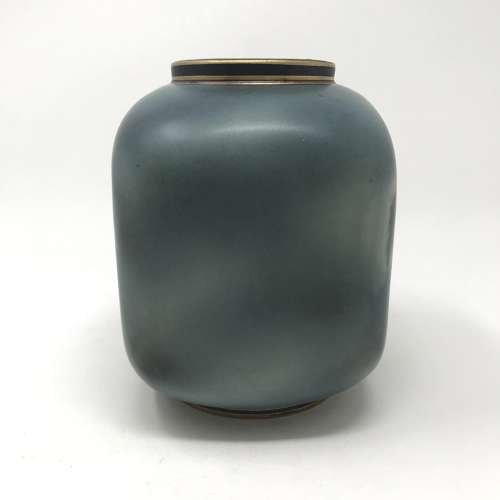 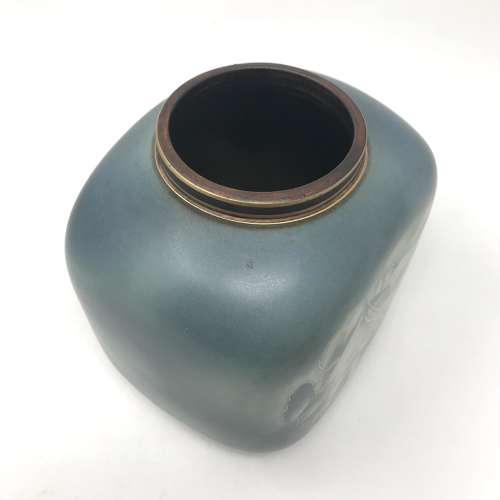 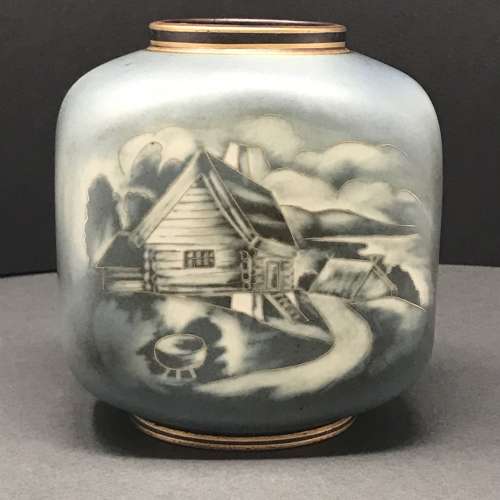 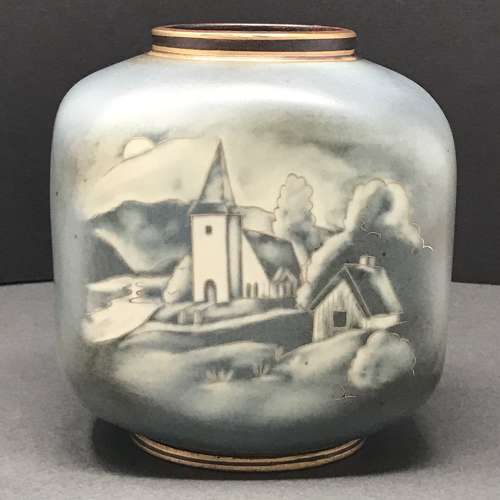 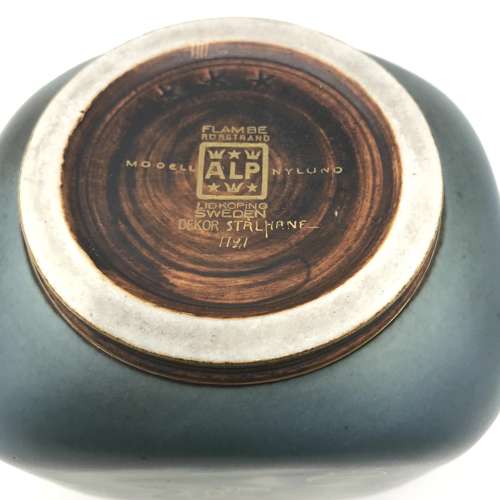 Gunnar Nylund designed Flambé vase for Rörstrand, Sweden, 1930s. Decorated with village scenes and a church on two sides. This finely decorated piece is particularly significant because it was decorated by Carl-Harry Stålhane soon after he joined the factory in 1939. While he went on great acclaim after the war for his own ceramic designs, his early work was as a decorator, including on Flambé pieces. These do not come up for sale very often.

Carl-Harry Stålhane (1920-90) was one of the leading ceramic designers in Sweden during the Twentieth Century. He joined Rörstrand as a ceramics painter in 1939 working with leading designers like Gunnar Nylund.  He began producing his own designs in the mid-1940s and had his first solo exhibition in 1948. His work during the 1950s, with its biomorphic and slender shapes and use of soft haresfur glazes, was very typical of Swedish ceramics during that decade.  During the 1960s his style changed and the pots became more chunky, robust and rustic in style and were seen as leading a style revolution in that decade. He left Rörstrand in the 1970s and set up his own studio where he worked until his death in 1990.