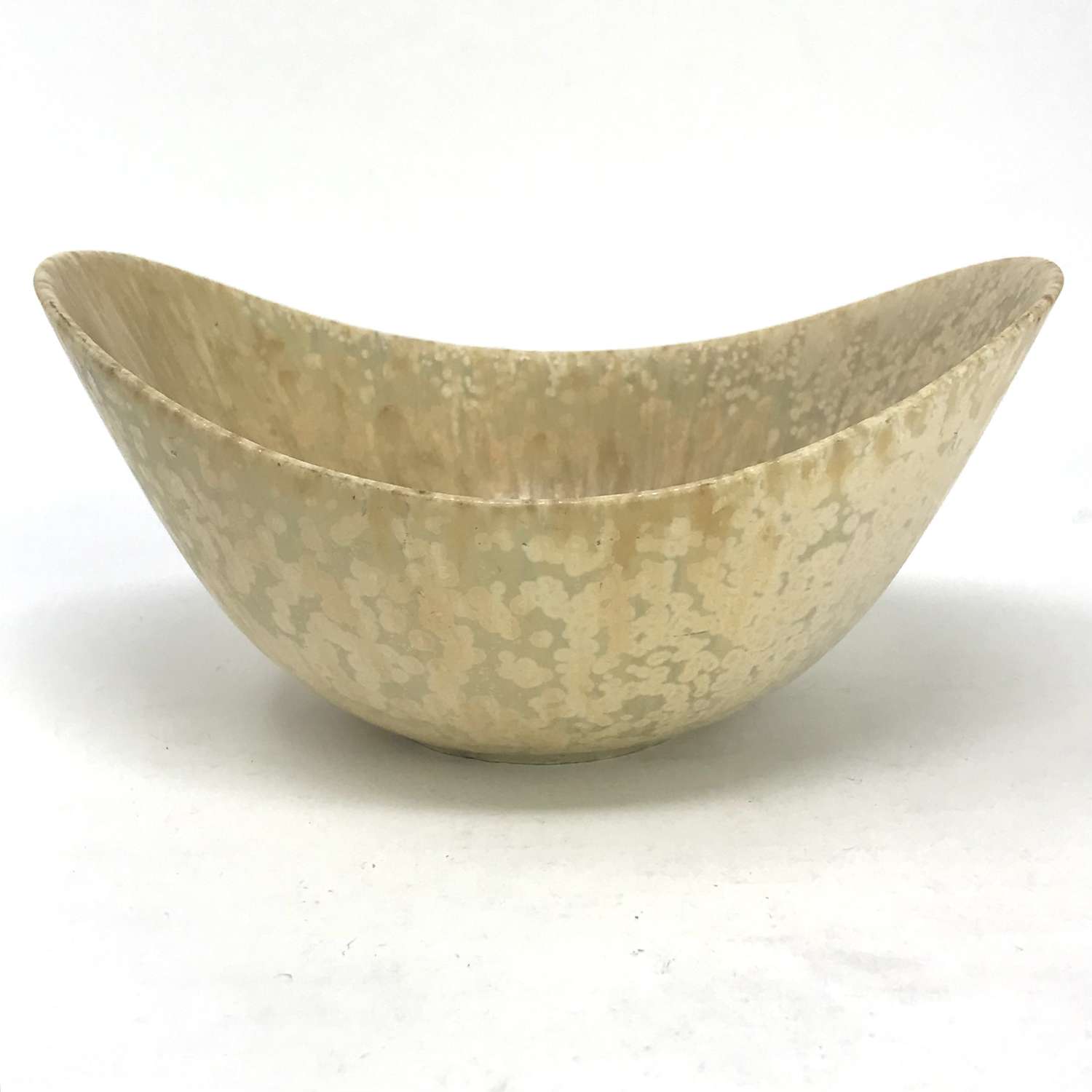 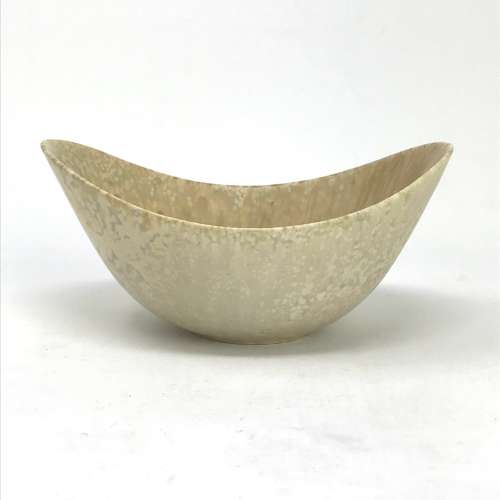 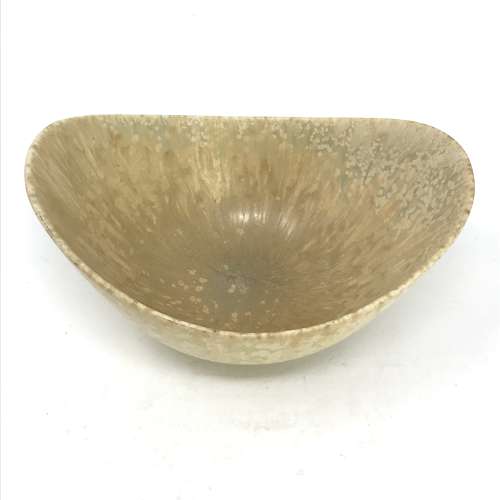 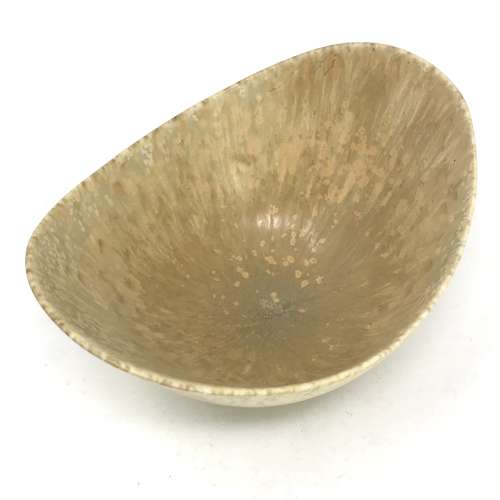 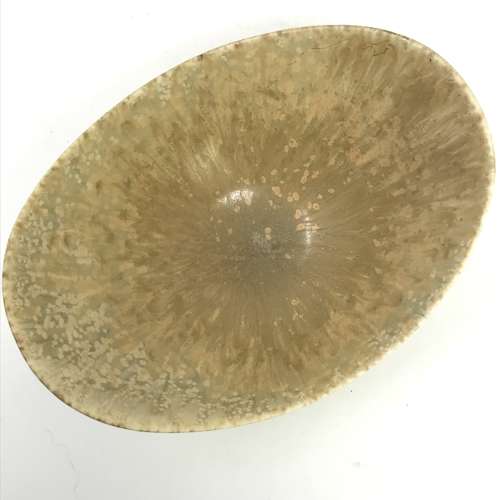 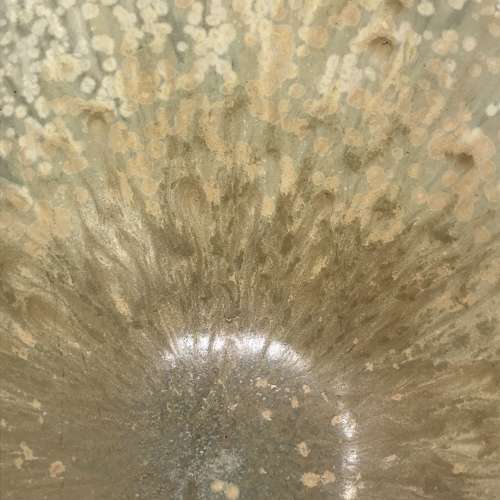 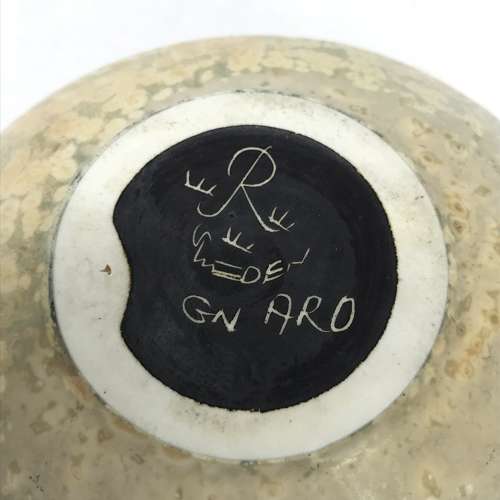 Excellent condition. The base has been ground slightly. This was typically done at the studio if the glaze ran over the base during the firing process so that the object would sit flat. Marked as a factory first.