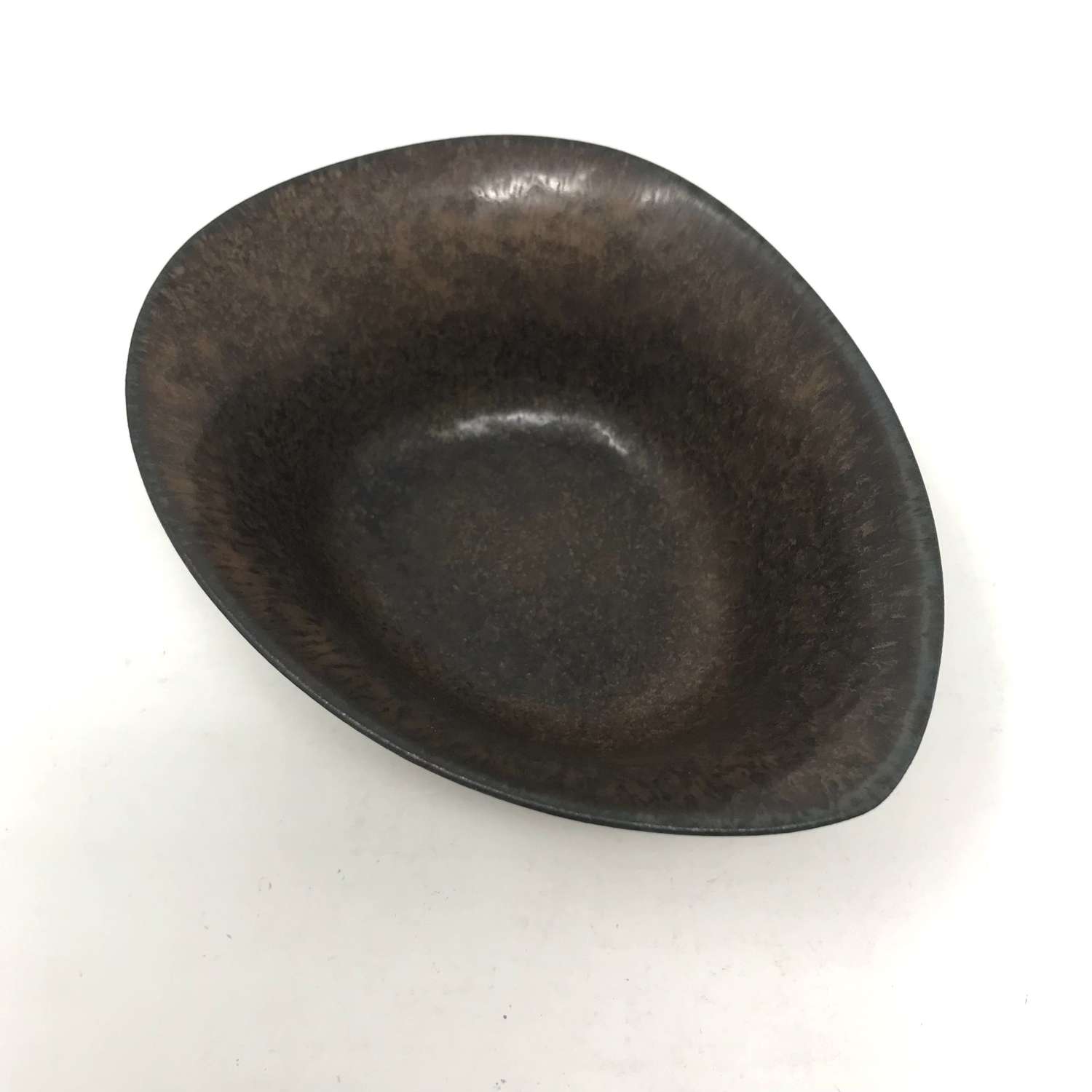 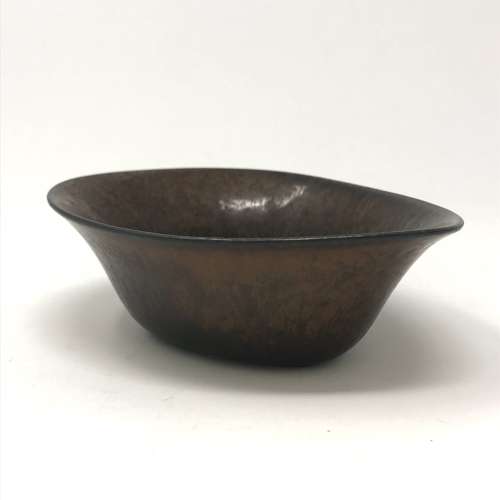 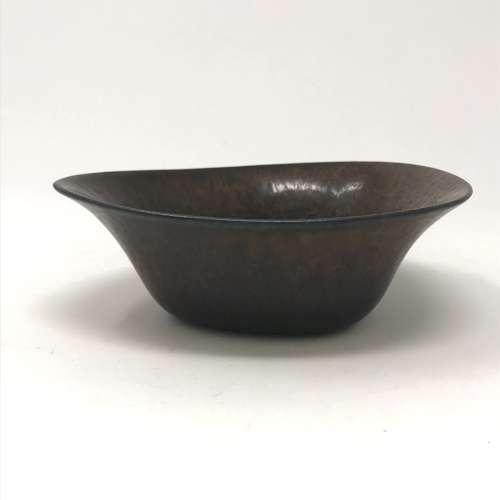 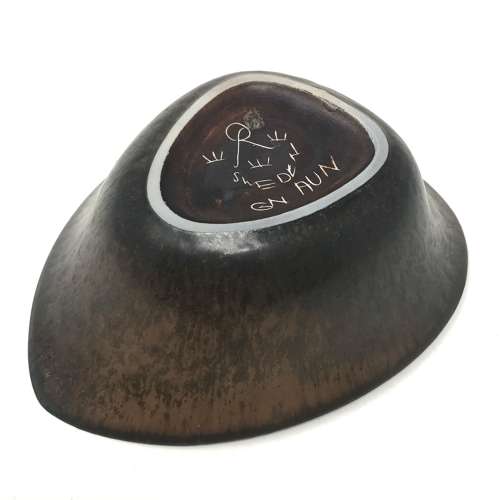 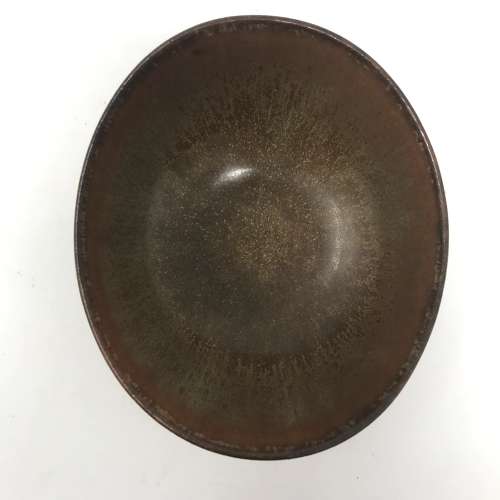 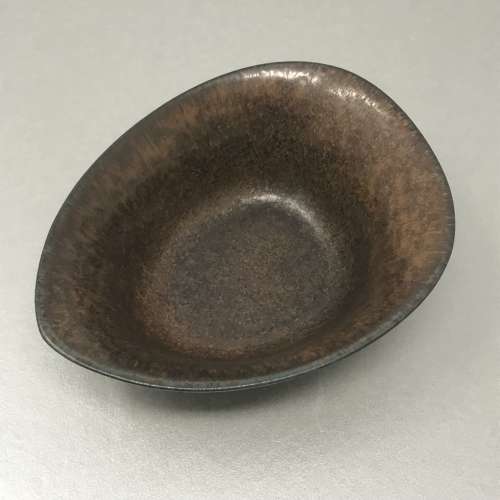 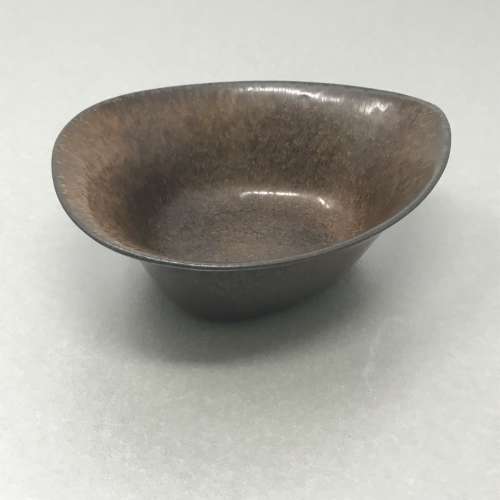 Gunnar Nylund stoneware bowl with brown haresfur glaze for Rorstrand, Sweden 1950s. Model AUN. Signed GN with the factory mark and model to the base.