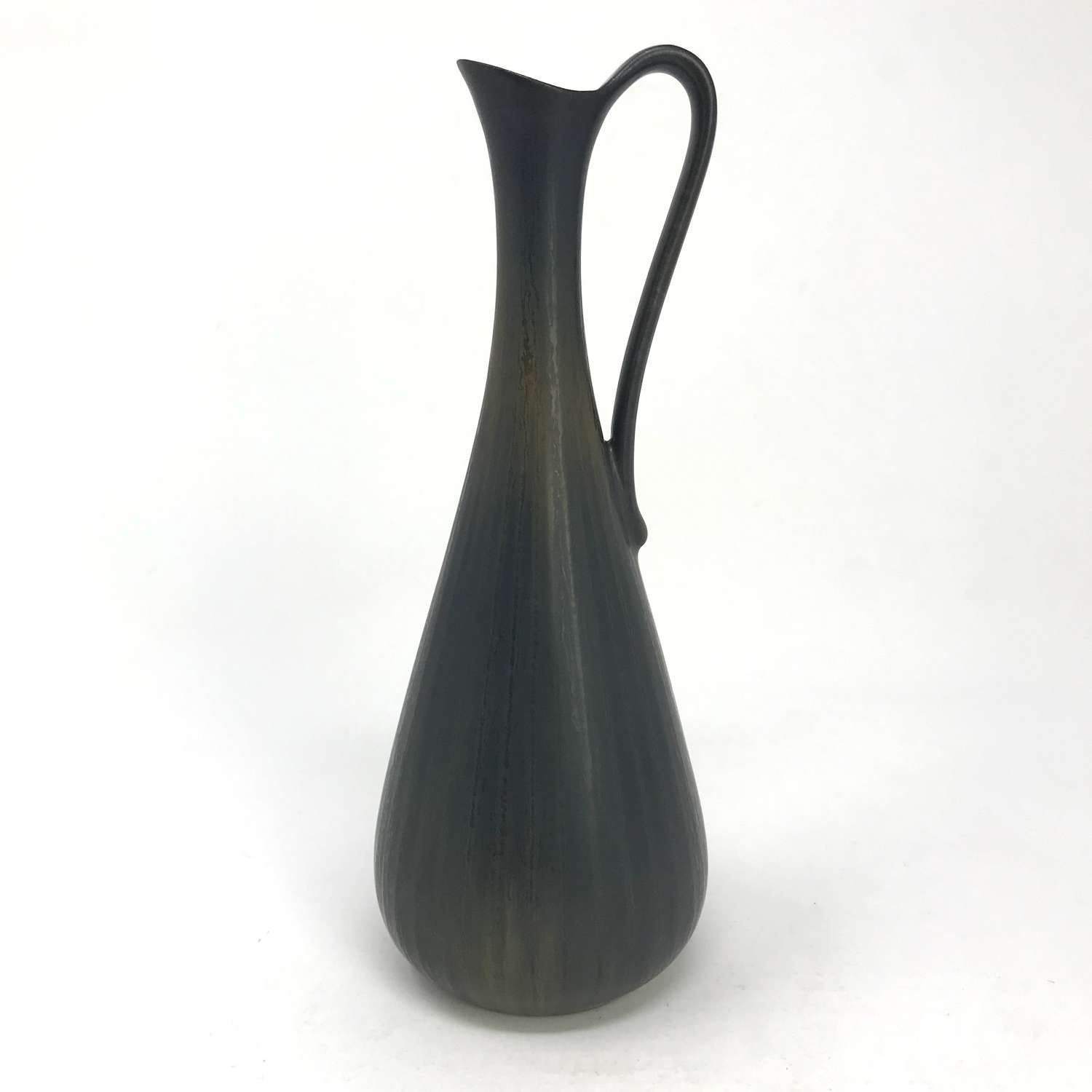 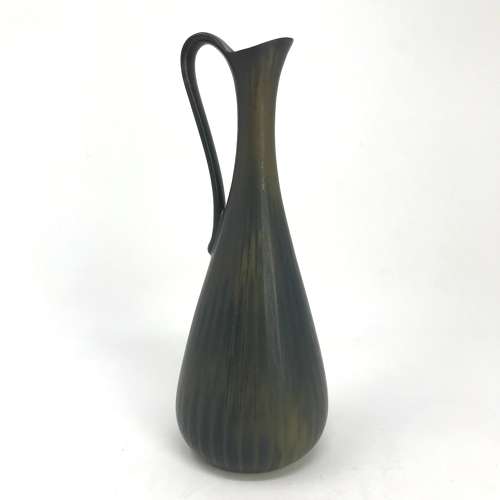 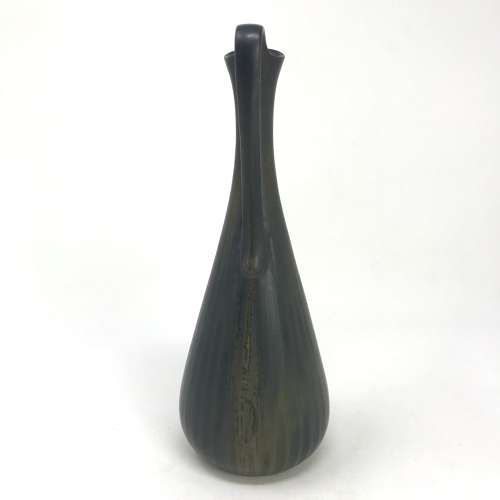 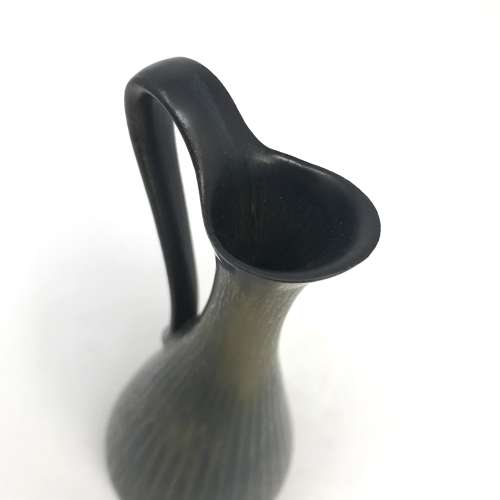 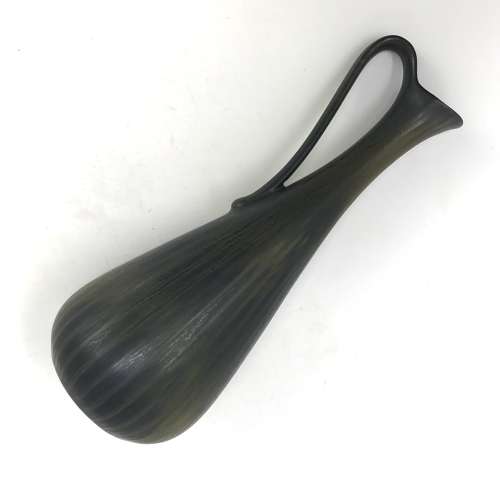 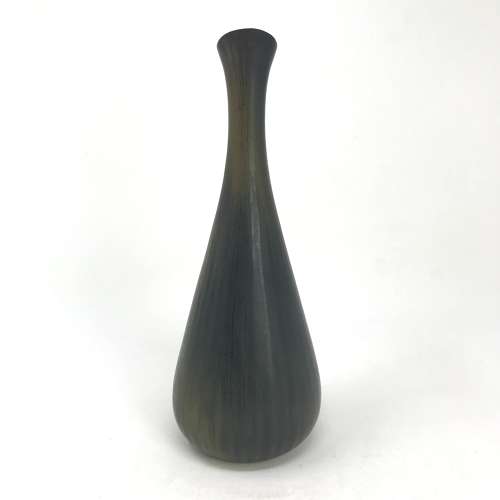 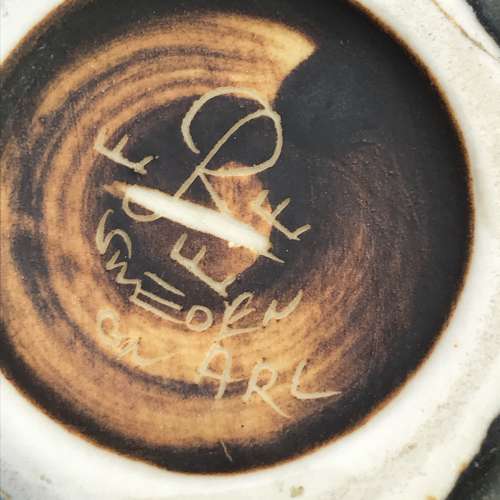 Gunnar Nylund ceramic ewer with dark mottled grey-brown glaze. Rörstrand, Sweden 1950s. Model ARL. Factory marks to the base. This is marked as a factory second. There is some slight streakiness in the glaze beneath the handle but this is as good as many factory first versions we have seen.