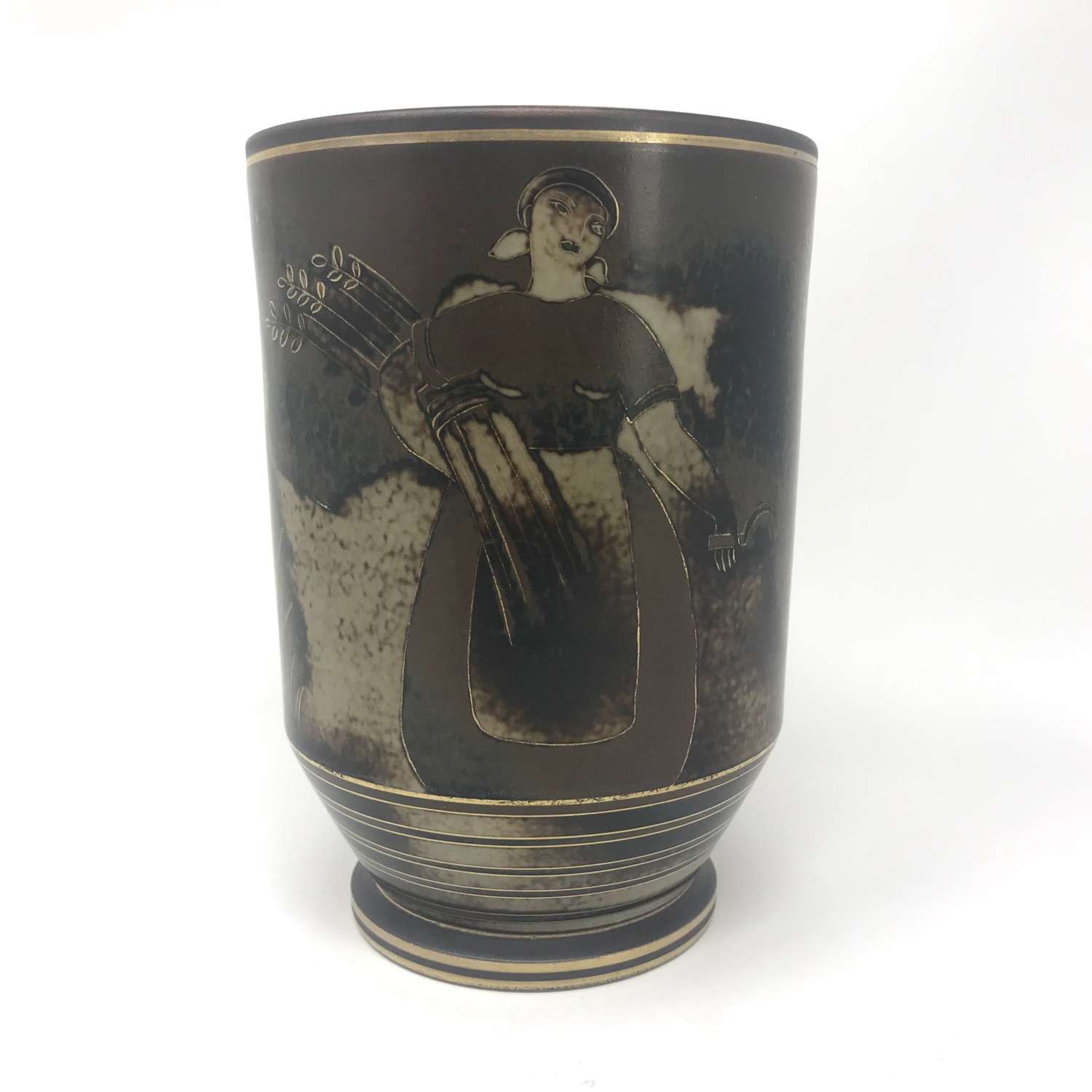 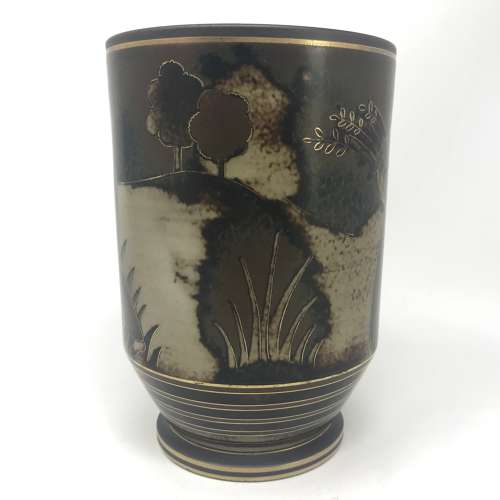 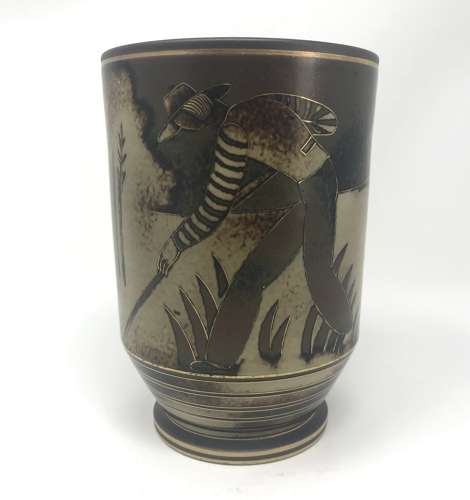 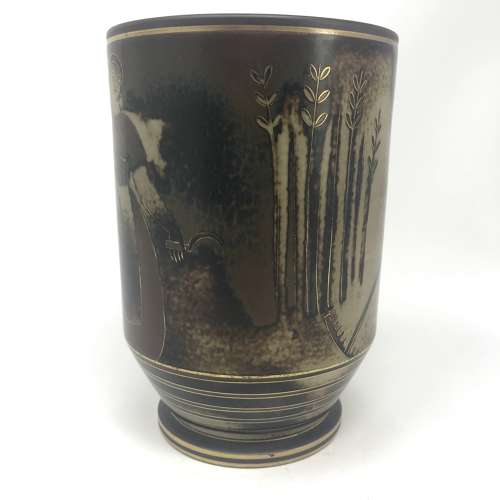 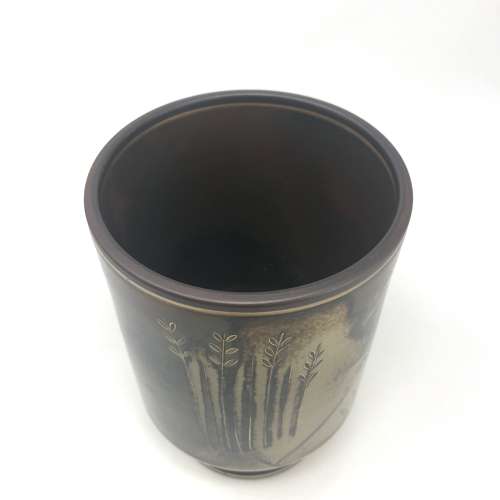 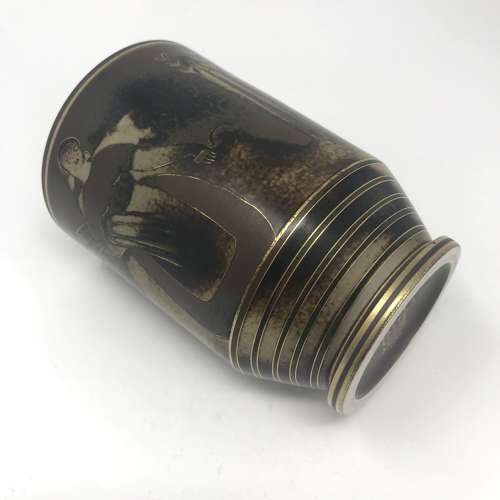 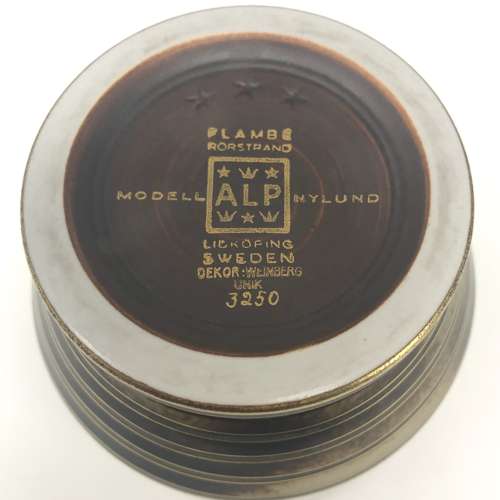 Gunnar Nylund Flambé vase for Rörstrand with a pastoral scene with a man and woman harvesting. Designed by Nylund and painted by Weinberg. Factory marks to base for ALP Lidköping/Rörstrand. A late example form this range.