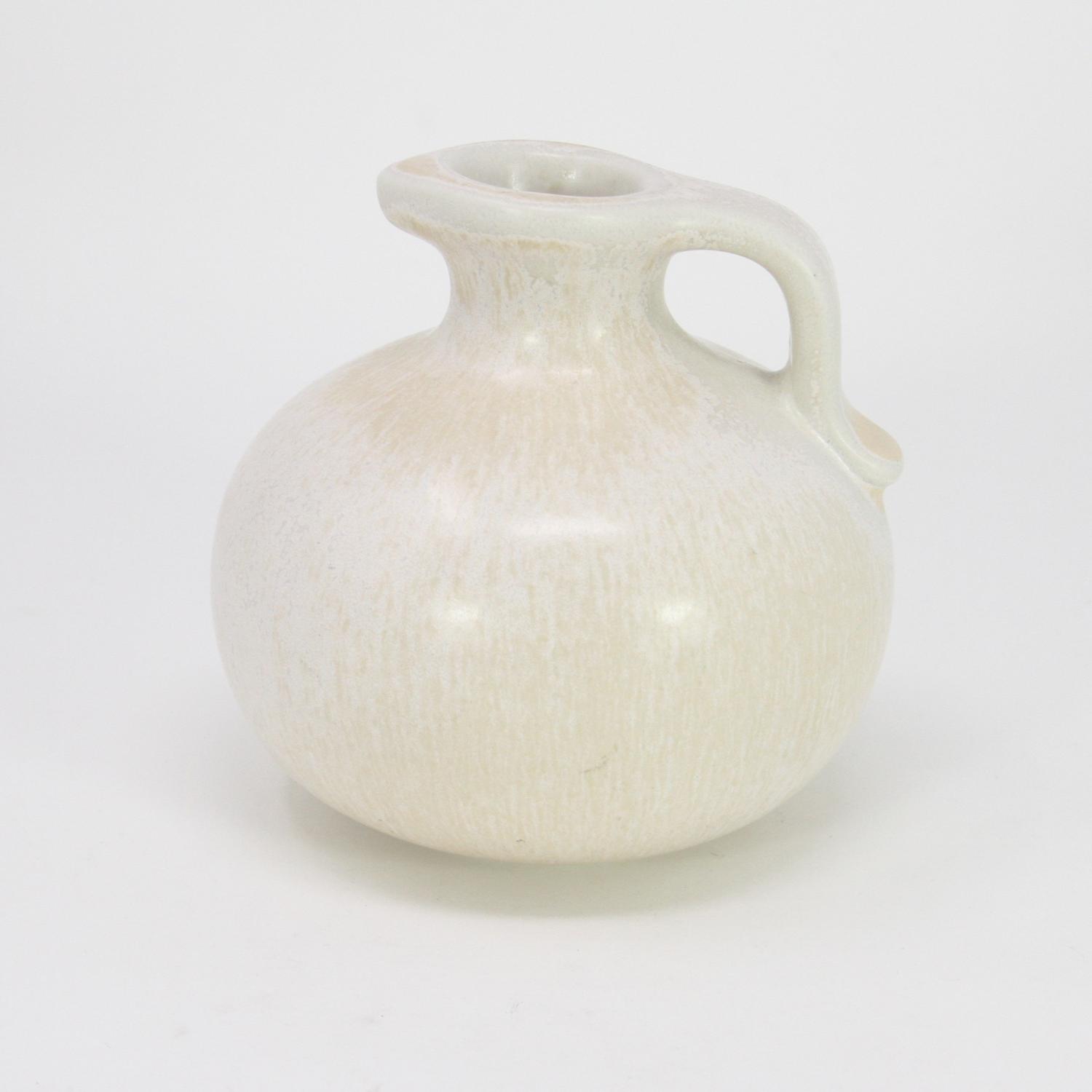 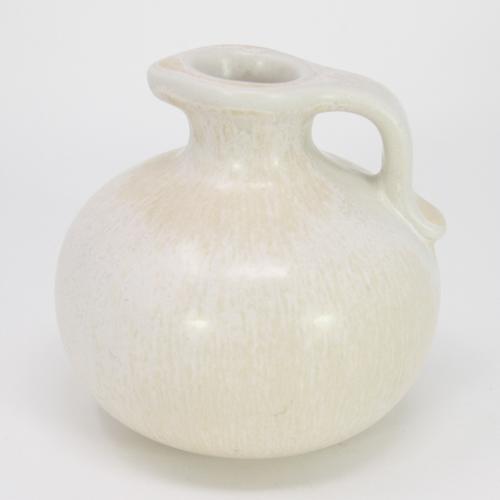 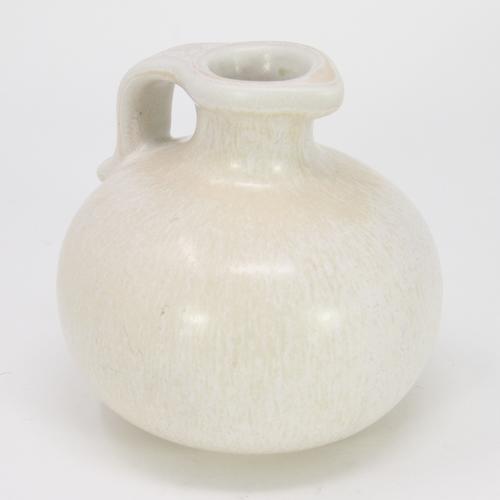 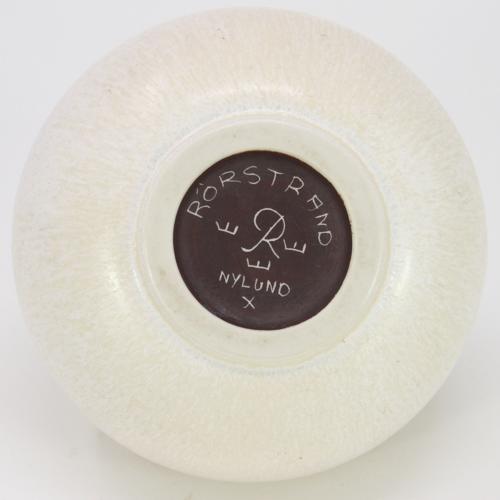 A squat jug with a beautiful white haresfur glaze by Gunnar Nylund for Rorstrand. This jug dates to the 1940s.

The jug is in excellent used condition and has Rorstrand and Nylund marks to the base.