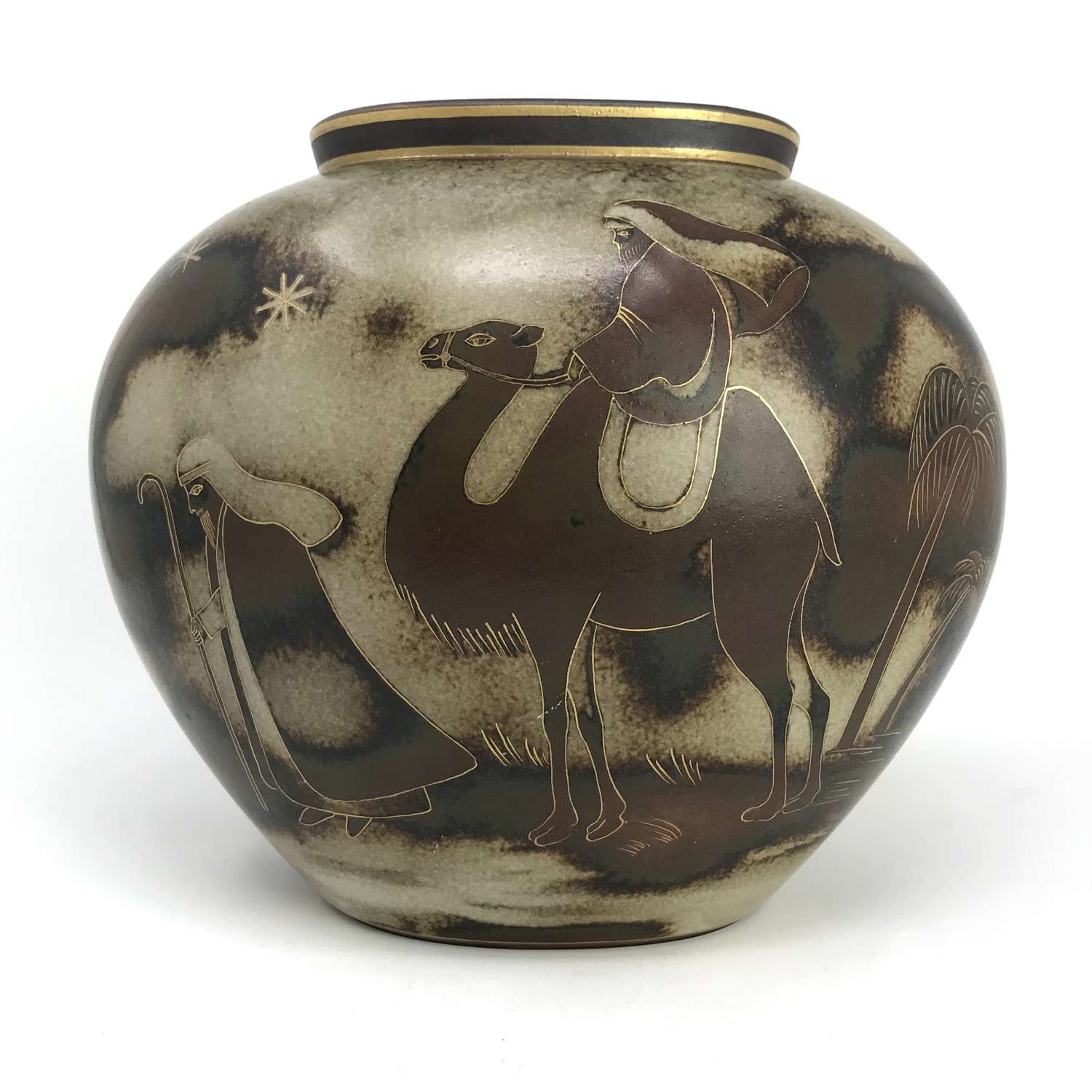 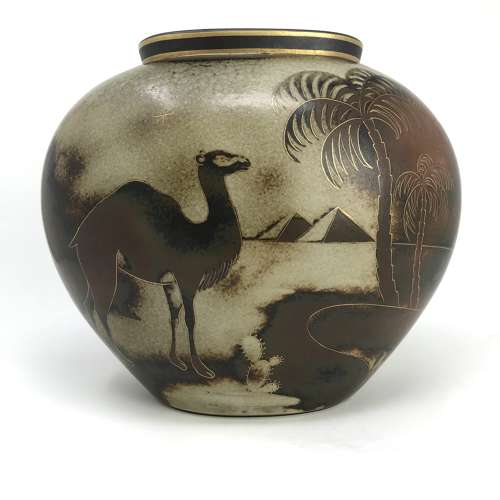 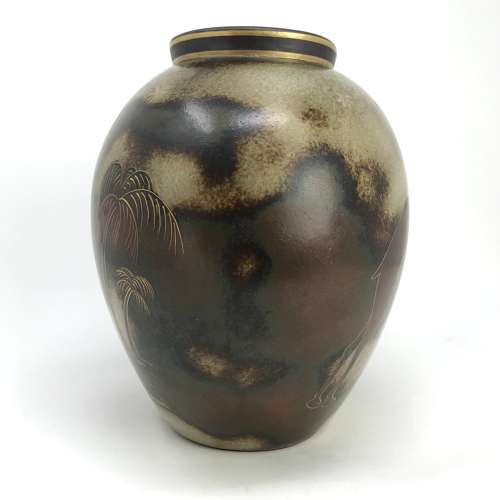 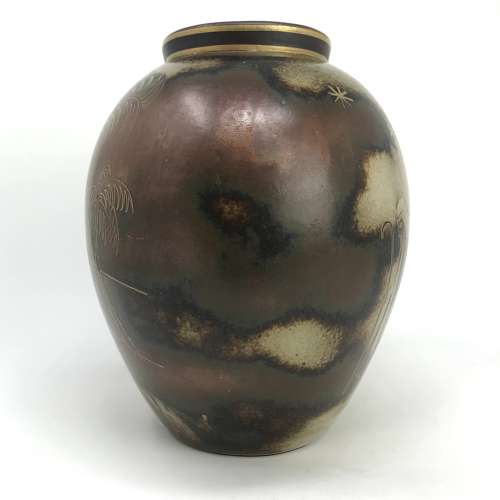 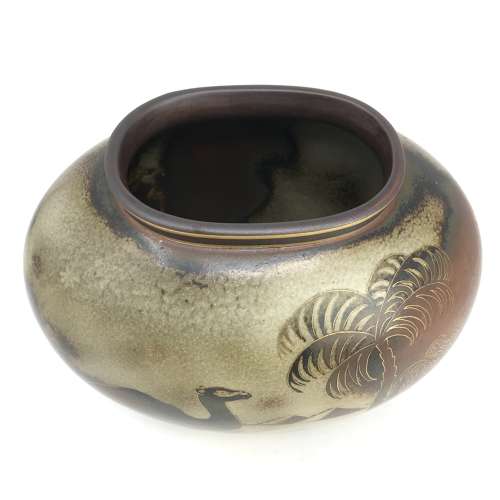 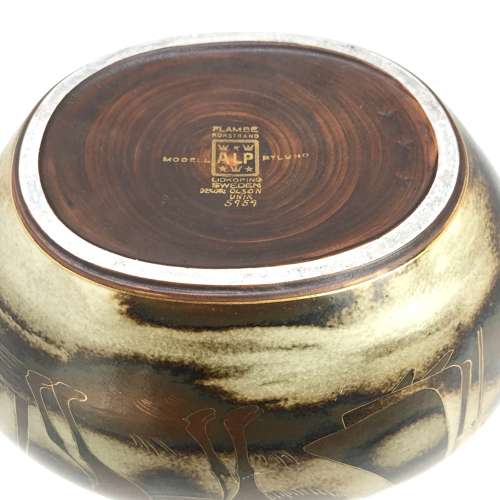 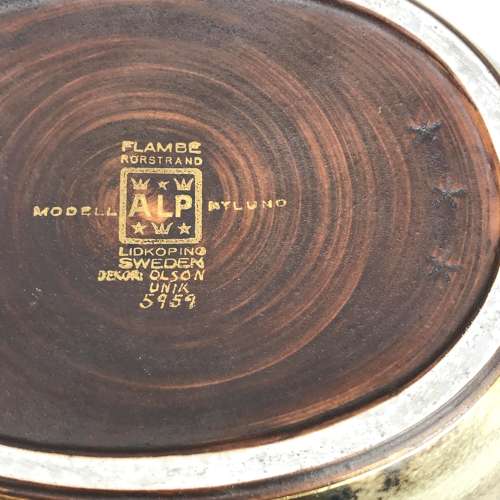 Gunnar Nylund ALP Flambé vase with a picture of Bedouin and camels set against a background with Pyramids and palm trees. Unique vase by painted by Olson for Rorstrand, Sweden 1930s. Factory marks to the base stating Unik.