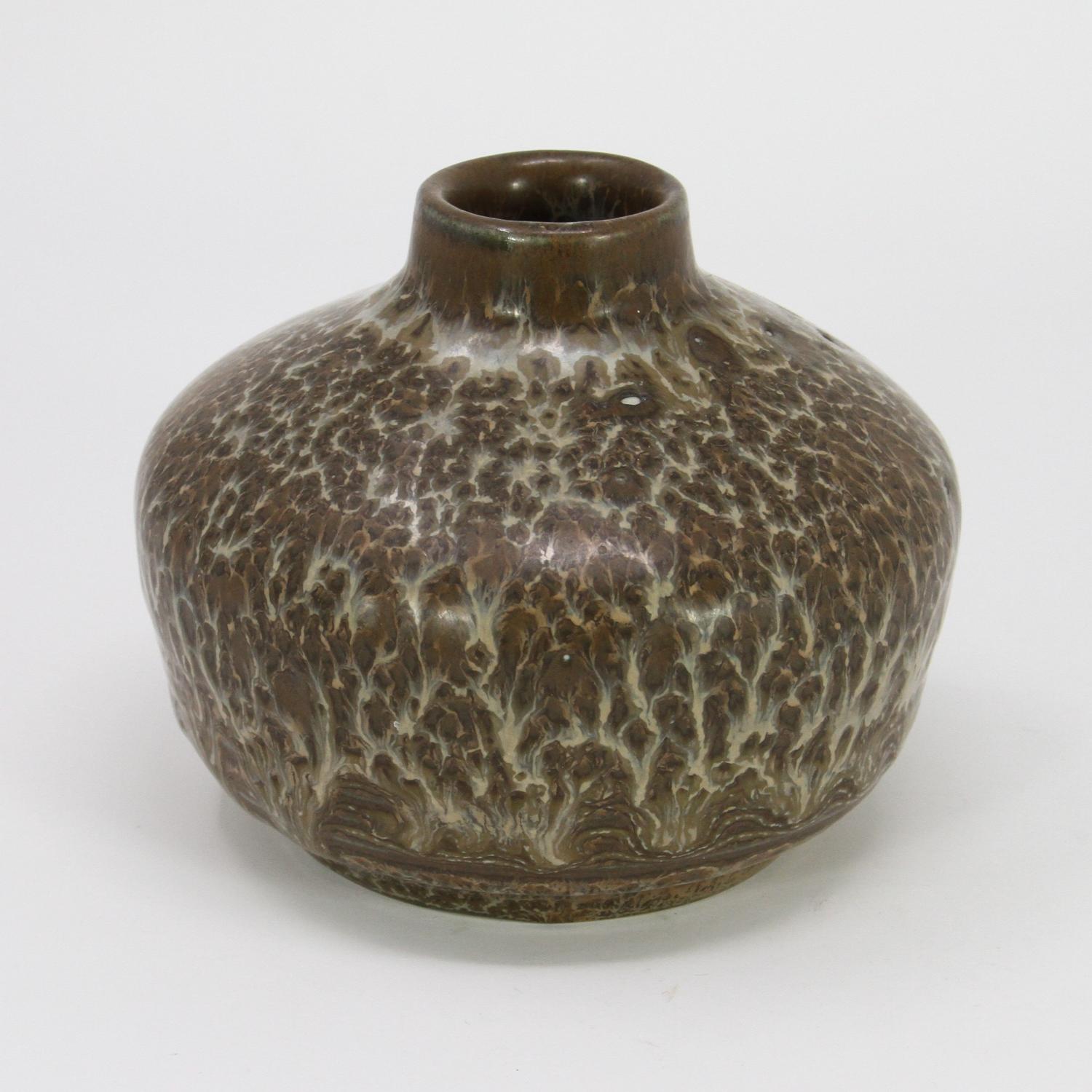 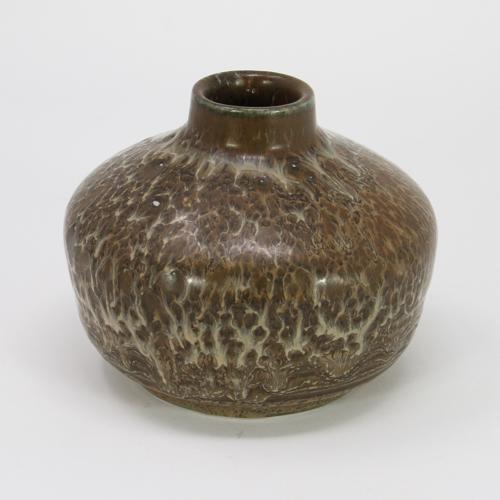 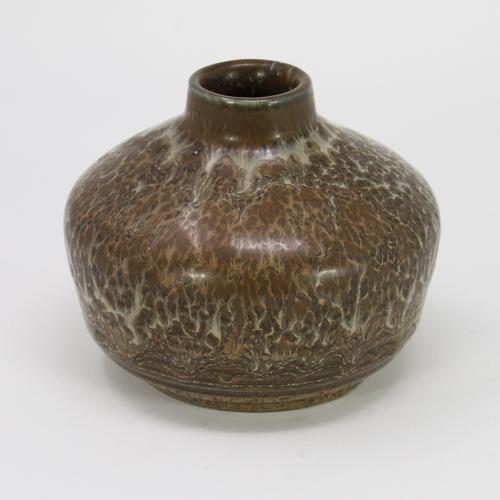 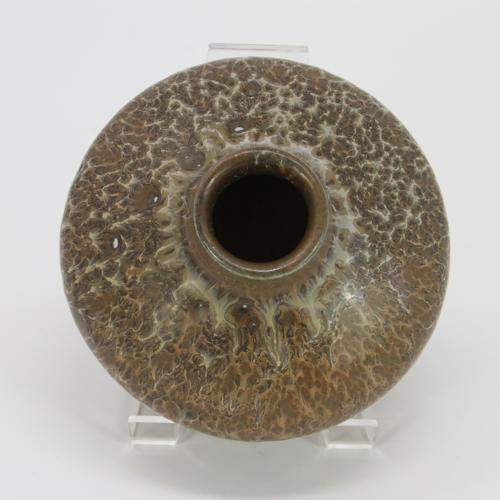 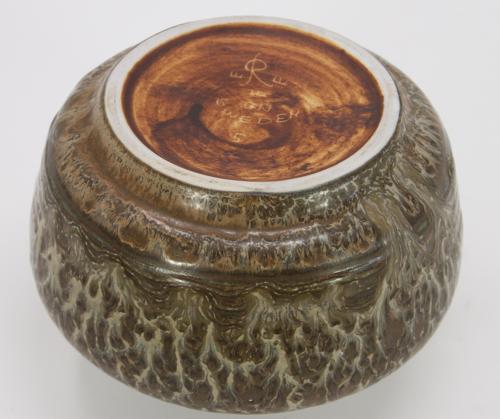 A squat vase by Gunnar Nylund for Rorstrand from the 1960s. Fascinating drizzled glaze effects bring a level of sophistication to this piece.  It is in excellent used condition.