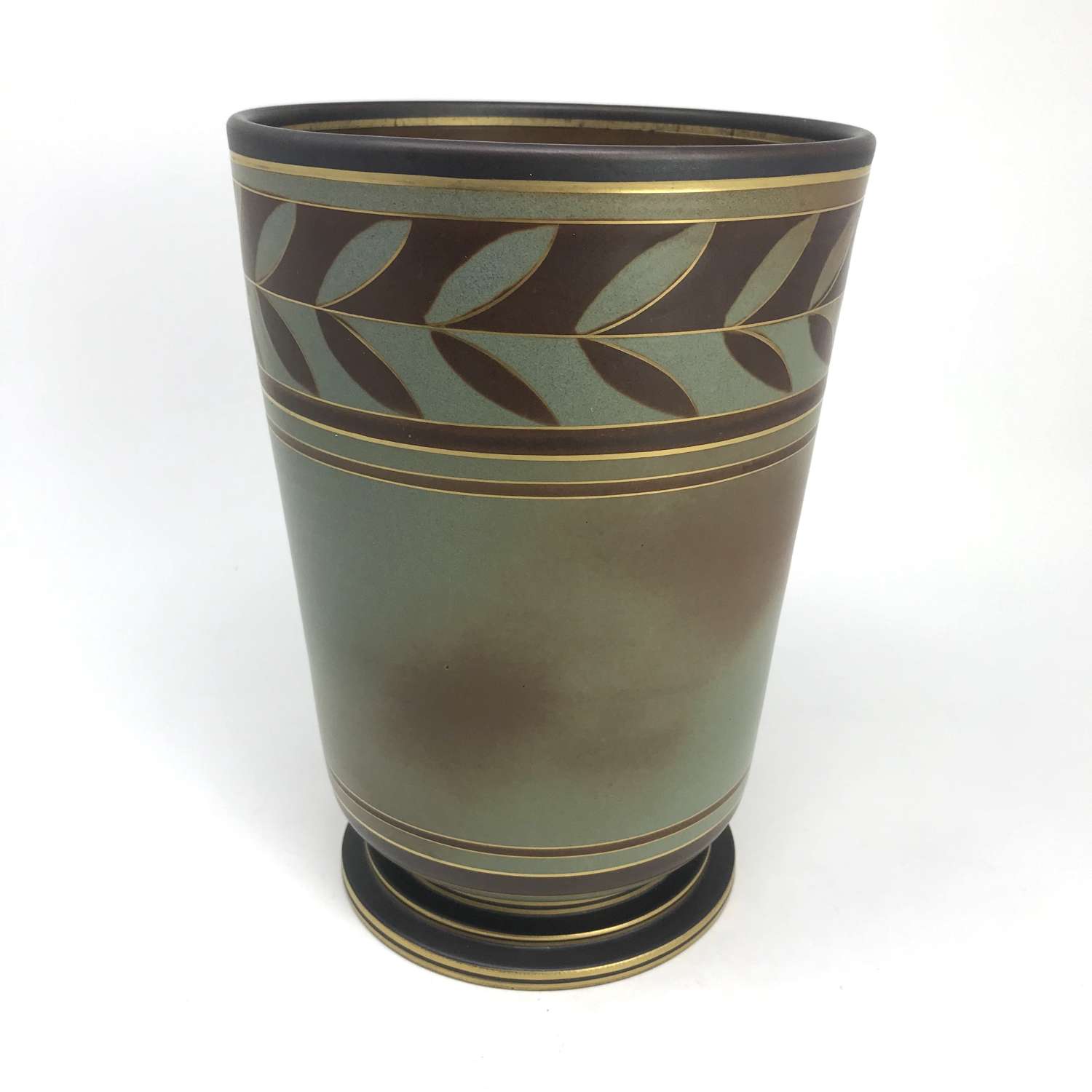 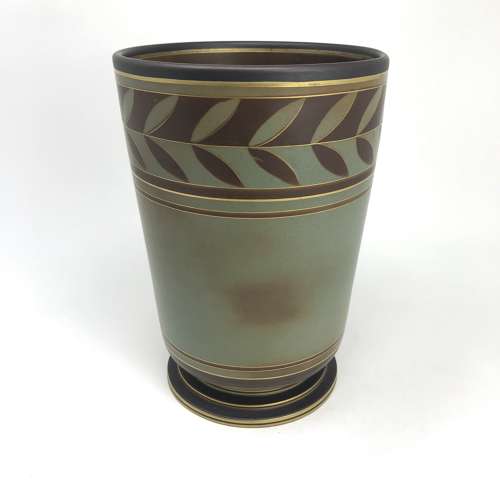 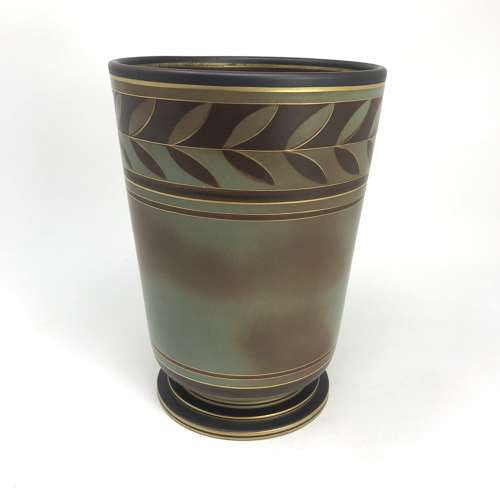 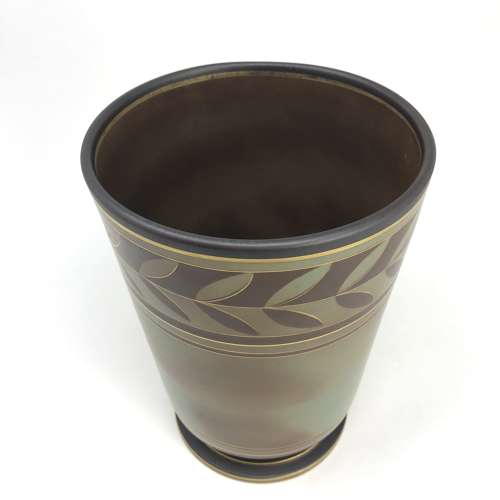 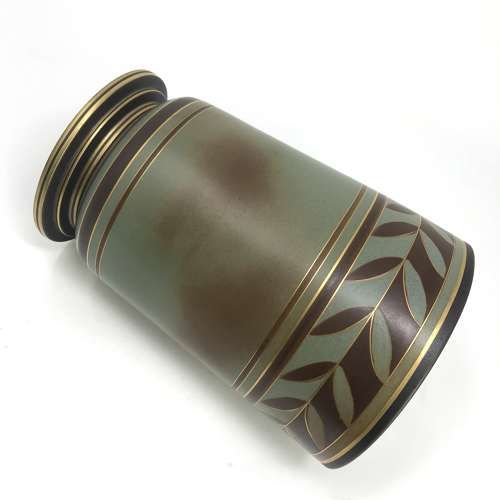 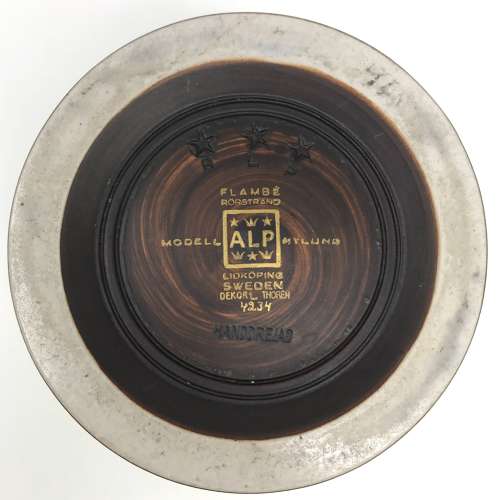 ALP Lidköping and Rörstrand, two separate factories, were both acquired by Arabia, the parent company, in 1929.  Early examples of the range only carry the ALP Lidköping mark. Later examples, like this also say Rorstrand.