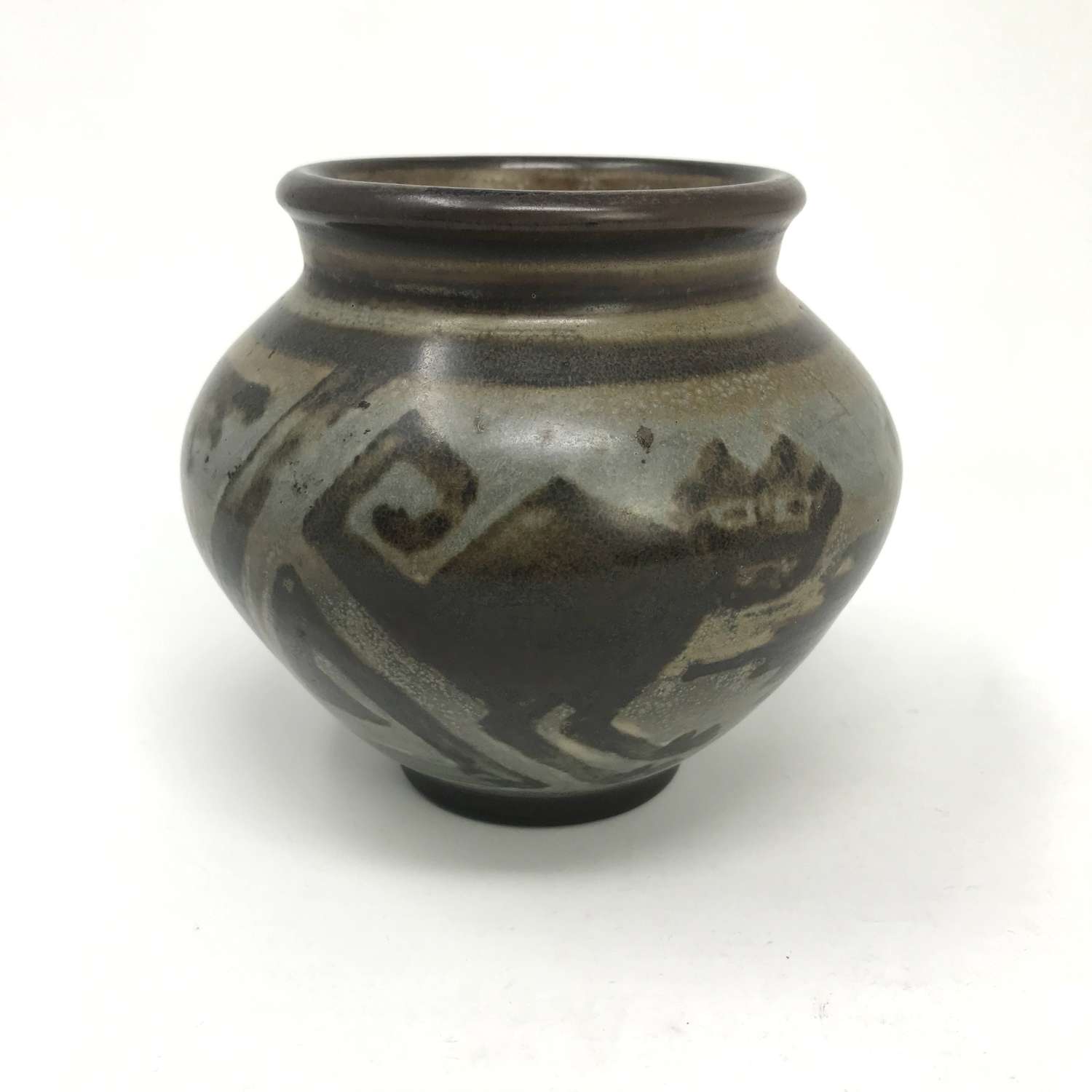 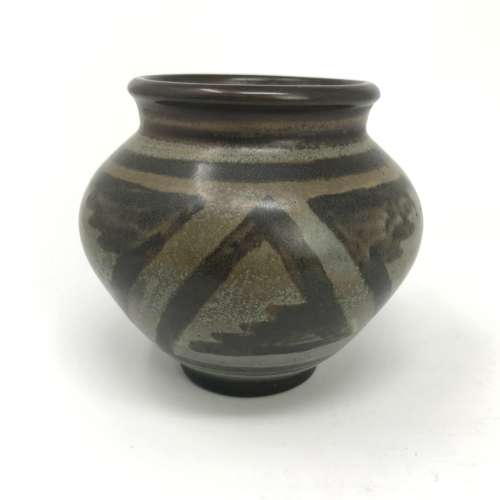 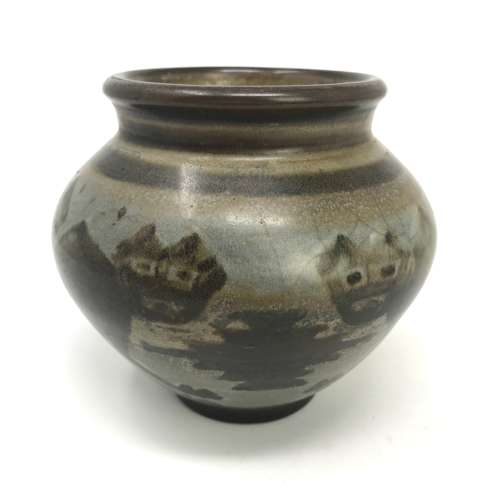 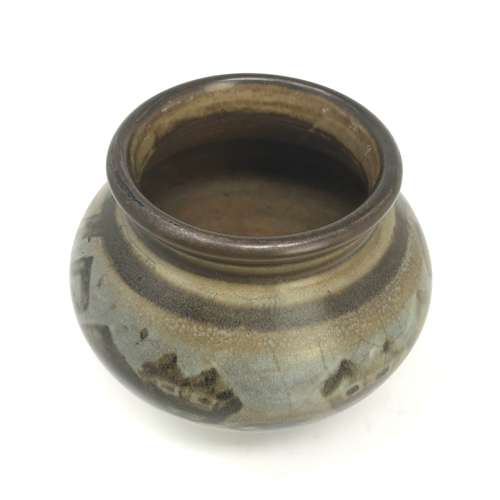 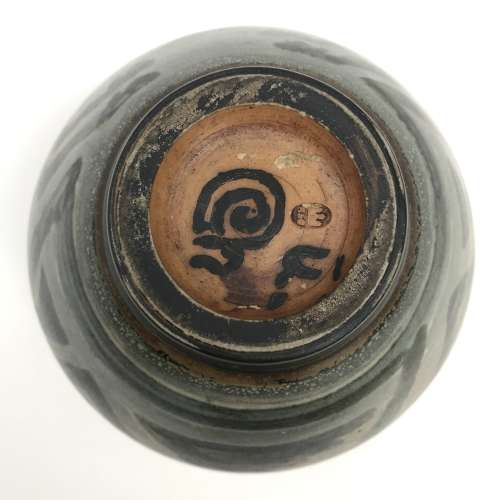 Gunnar Nylund vase with geometic design with two cats. Unique, for Bing and Grondahl c1928. Monogram and factory mark to base. Nylund started out his career at Bing and Grondahl. This is one of his earlies pieces. Pieces by him from this period are rare.

Excellent used condition. Very minor crazing to the glaze in one area.