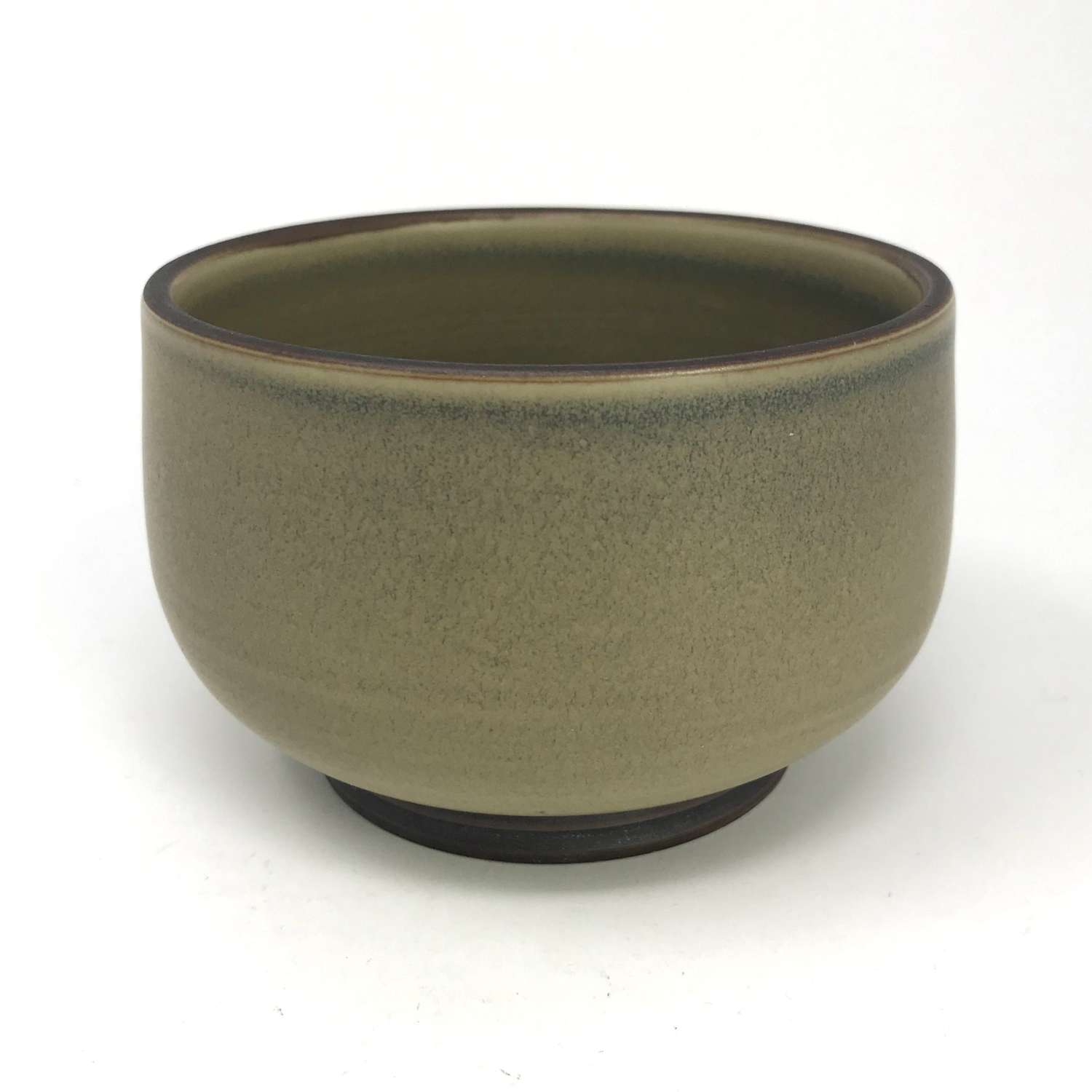 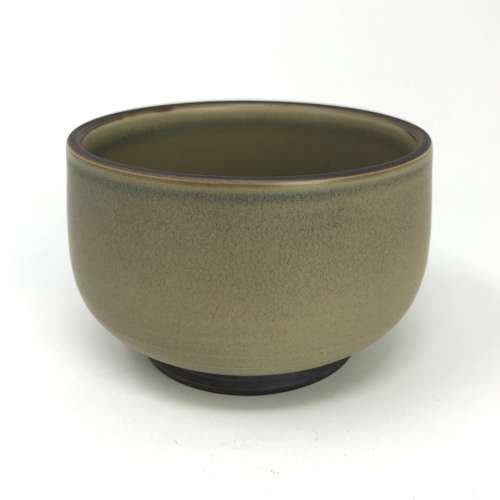 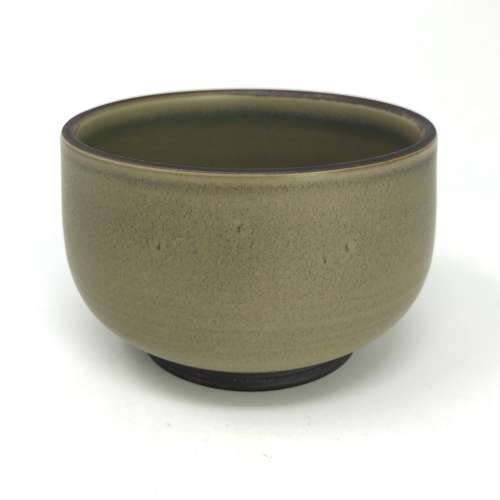 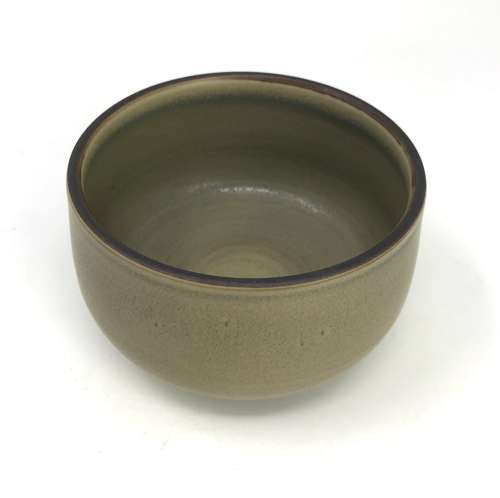 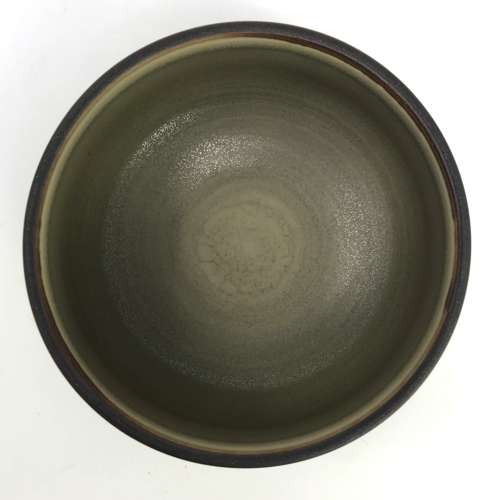 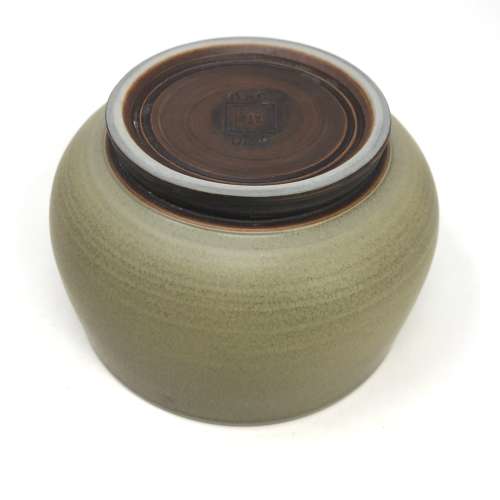 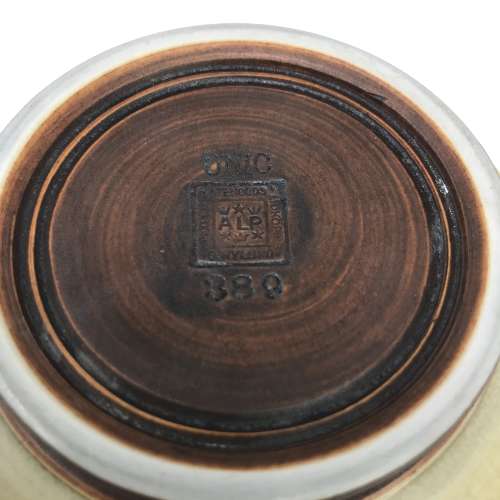 Gunnar Nylund ALP bowl for Lidköping from the 1930s. This one is marked "unic" on the base meaning it is a unique piece. It has a subtle olive green glaze with brown highlights around the rim and the base.