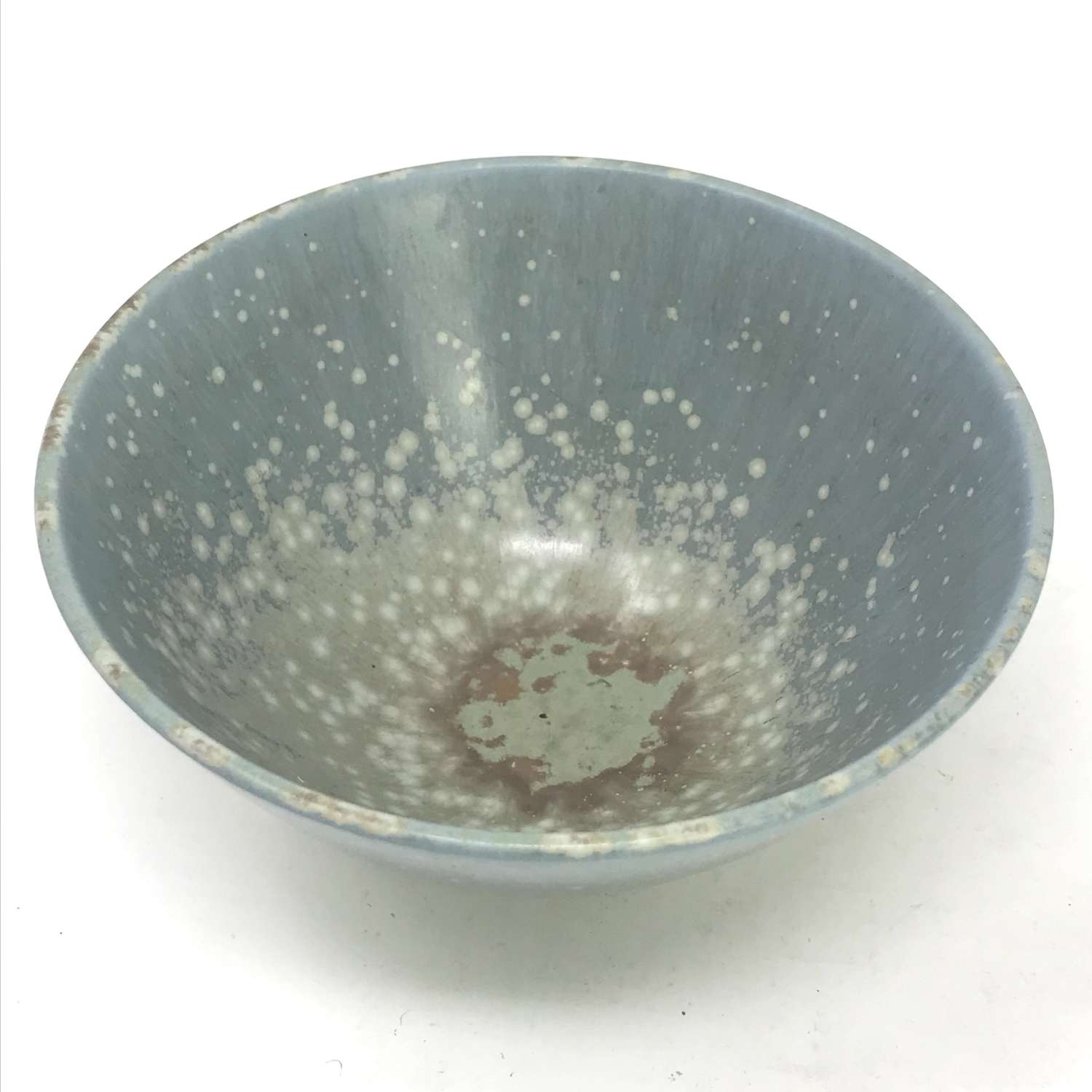 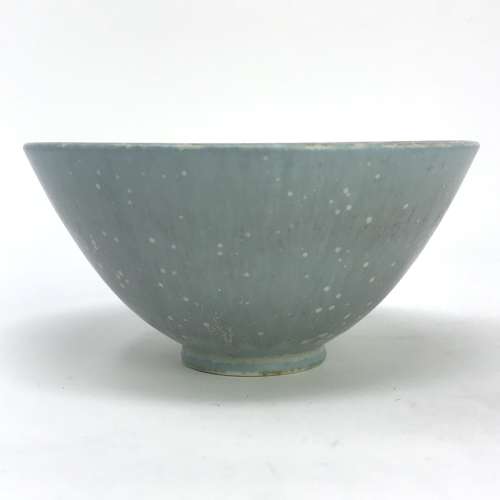 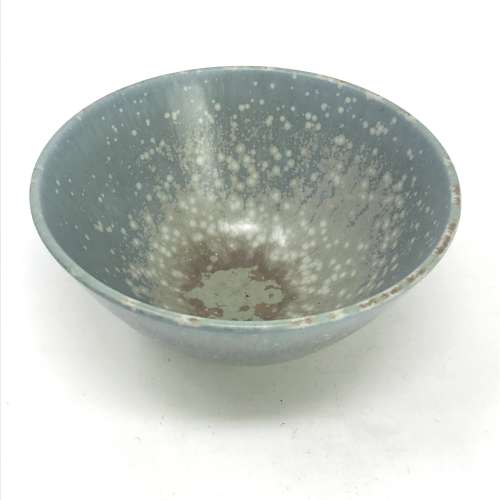 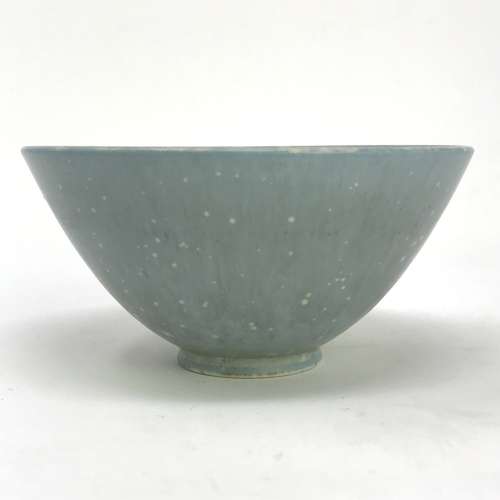 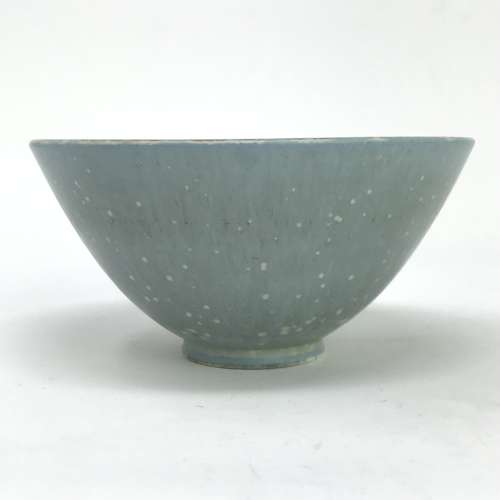 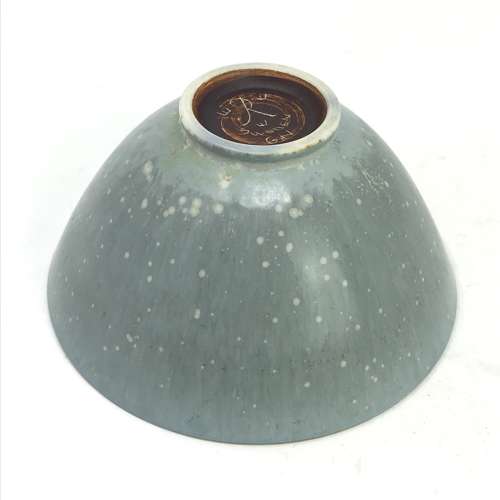 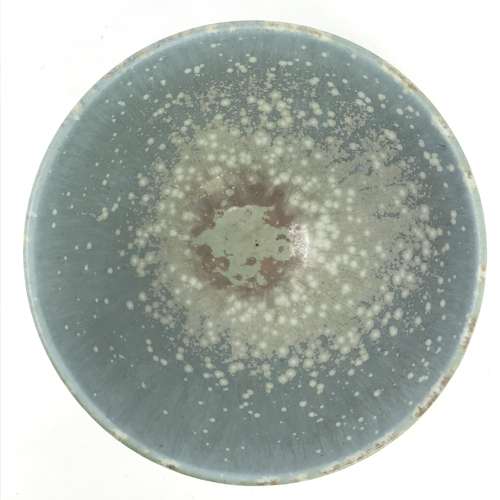 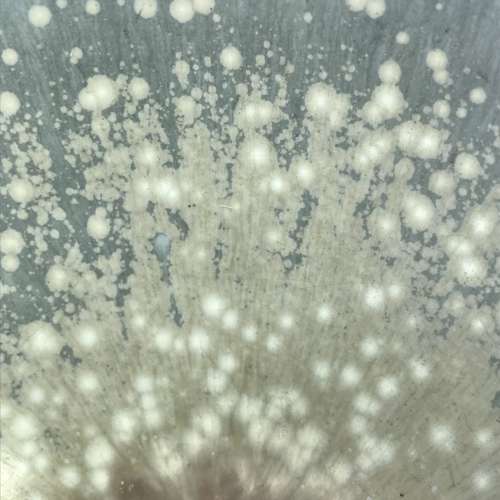 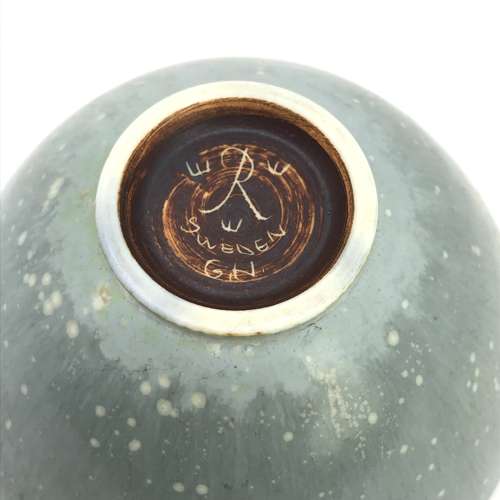 This shape was in production during the 1940s and early 1950s and pre-dates the range available in the 1950s with a three letter model code which was introduced in 1953. The mark with the Rörstrand R Sweden and initials G.N was used on unique pieces in the 1950s (see Petter Eklund (2017) Gunnar Nylund: Konstnär och Industriformgivare, Lund: Historiska Media, page 195).