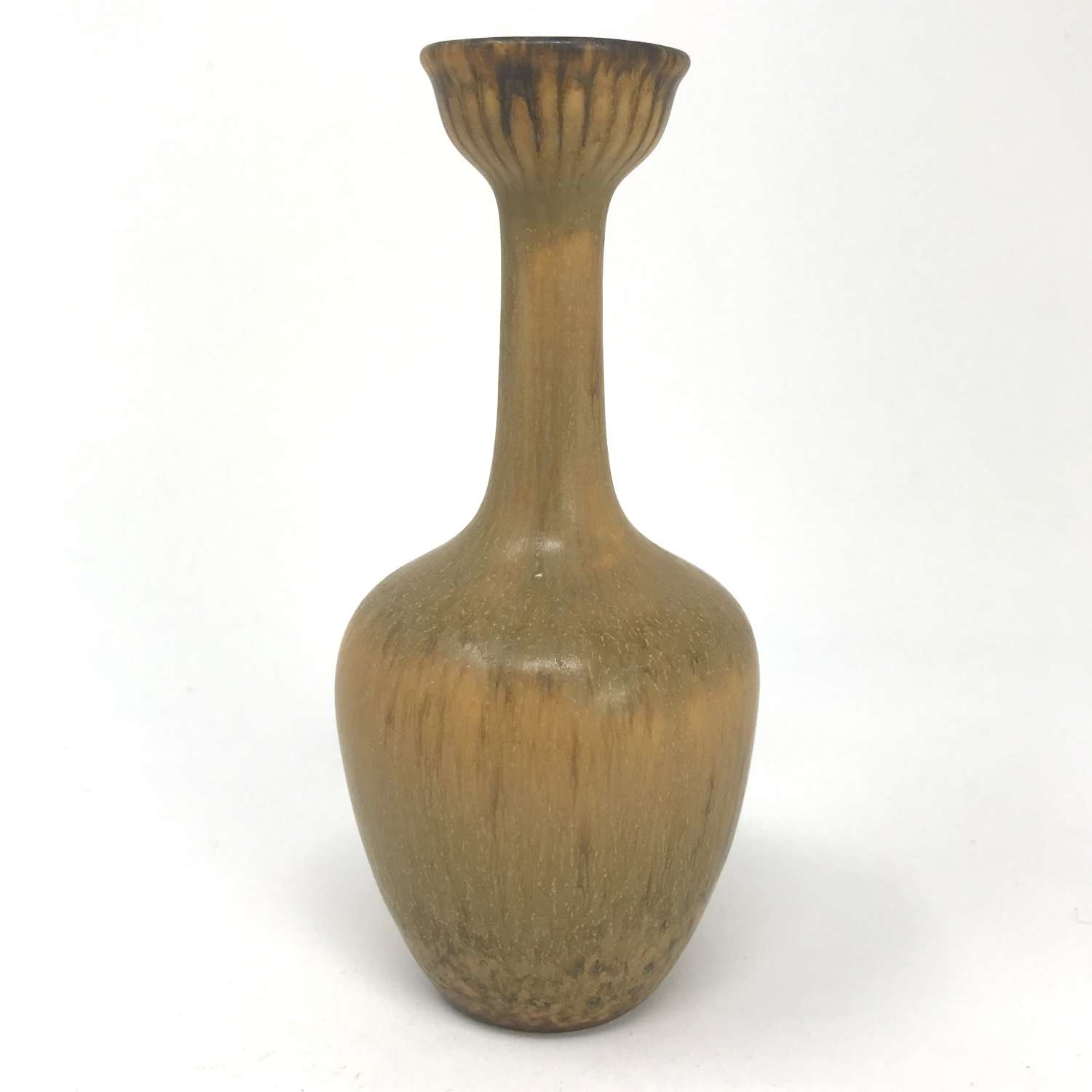 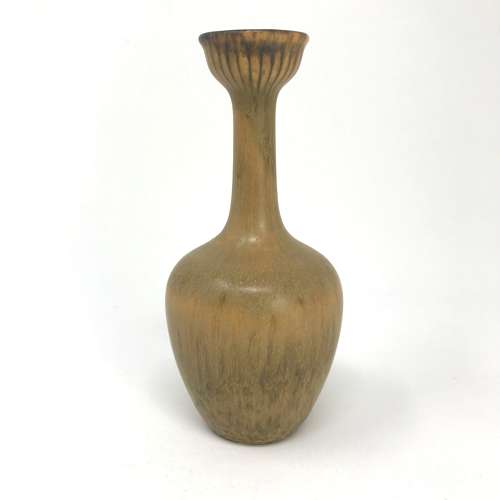 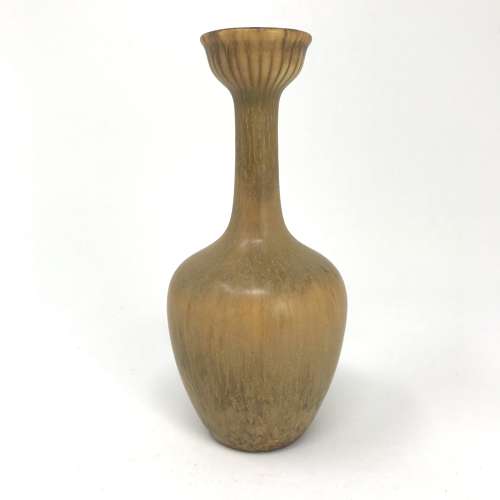 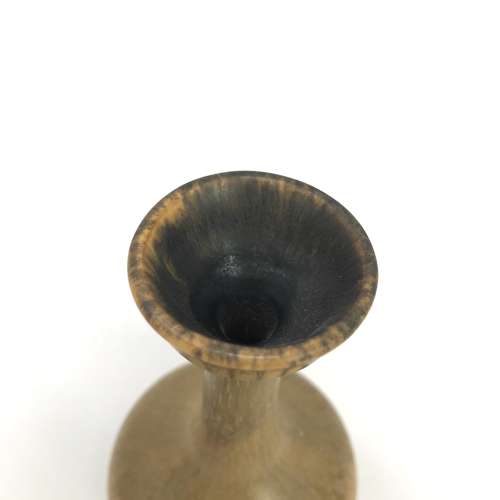 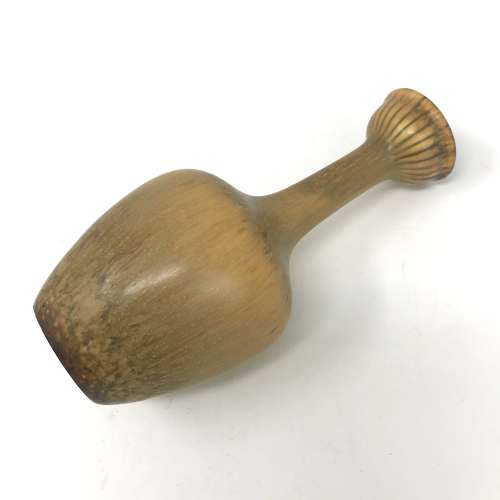 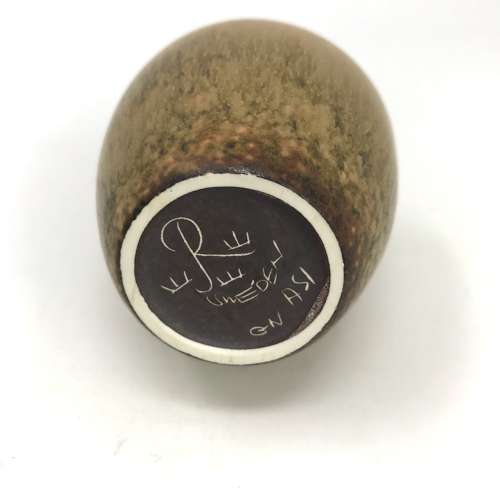 Gunnar Nylund Vase for Rorstrand, Sweden from the 1950s. This is model shape ASI, glazed in a yellowish brown colour.