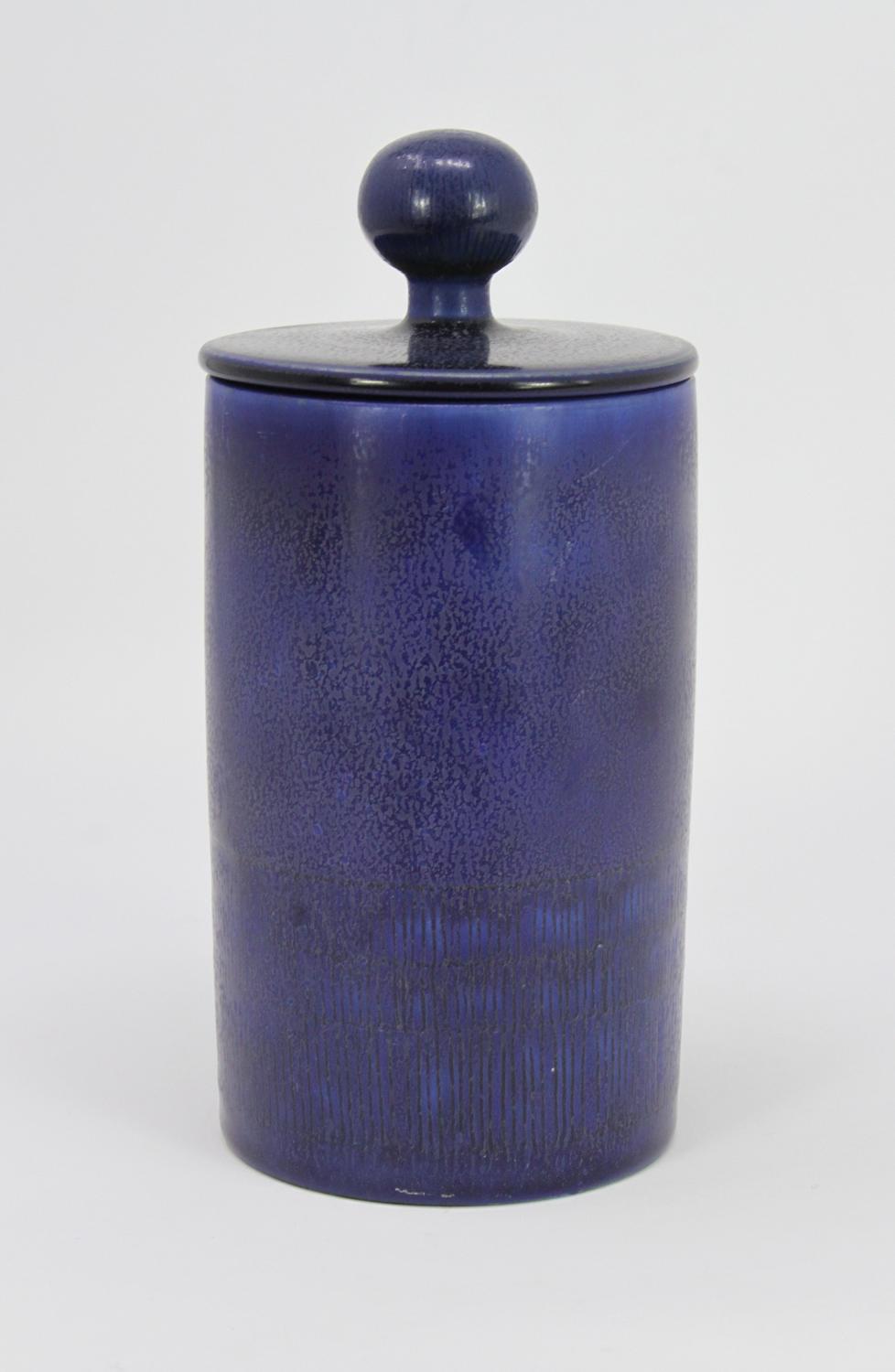 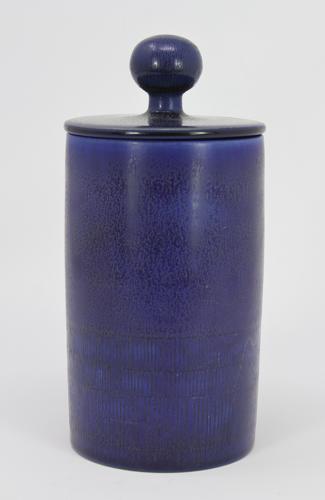 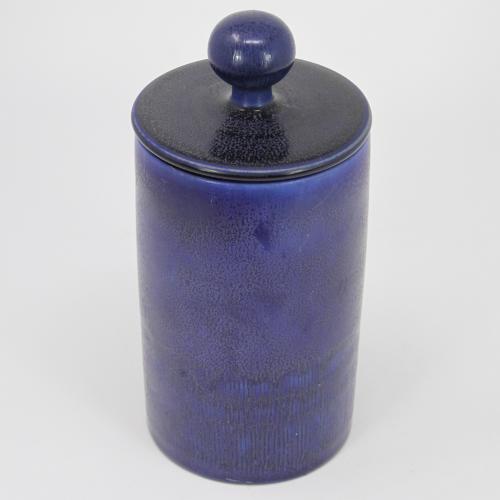 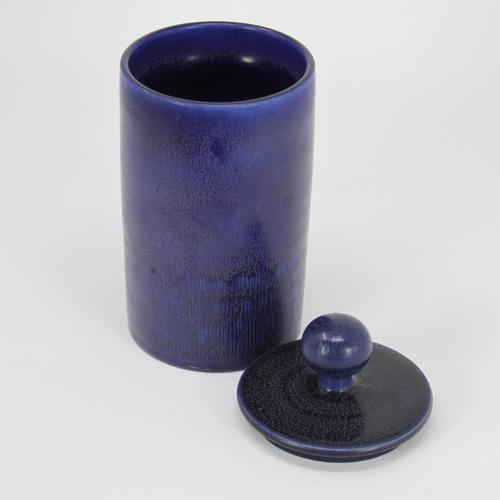 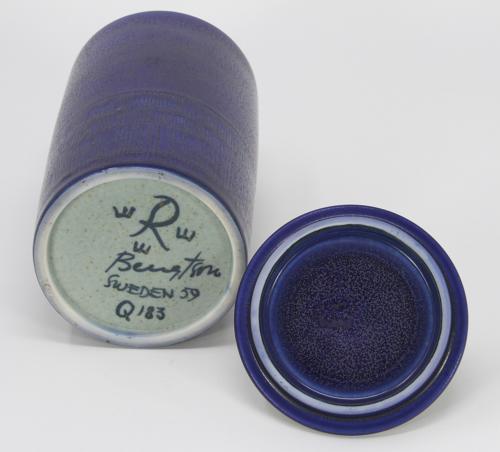 A unique lidded pot by Hertha Bengtson for Rorstrad, Sweden. Signed, numbered and Dated 1959. The vase has a smart haresfur glaze.