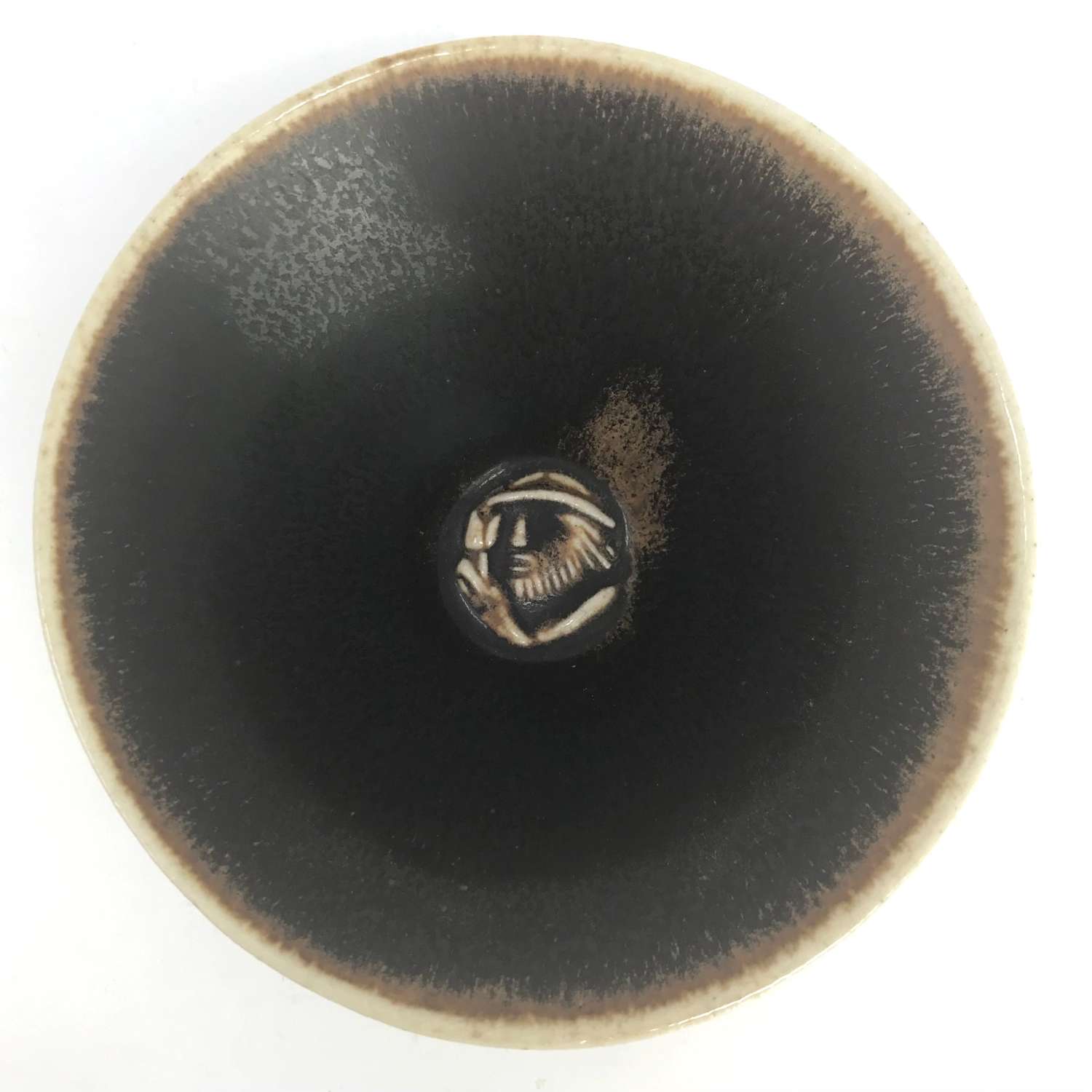 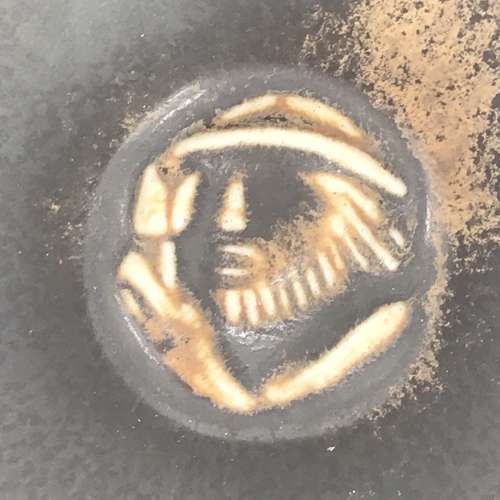 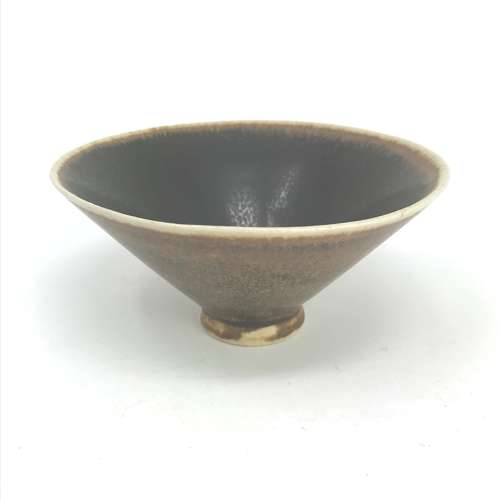 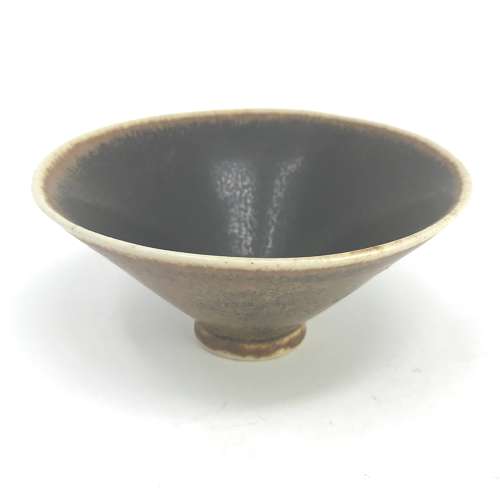 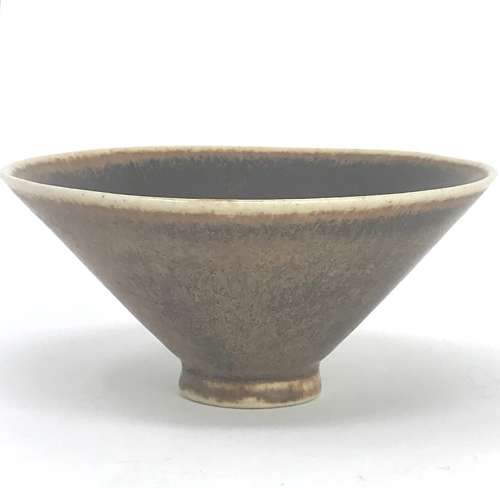 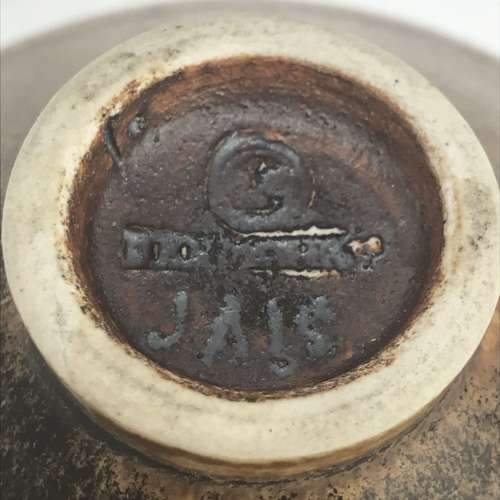 Jais Nielsen conical stoneware bowl with a man's face in relief in the bottom of the bowl. Haresfur glaze for Saxbo, Denmark c1950s. Factory marks and name to the base.