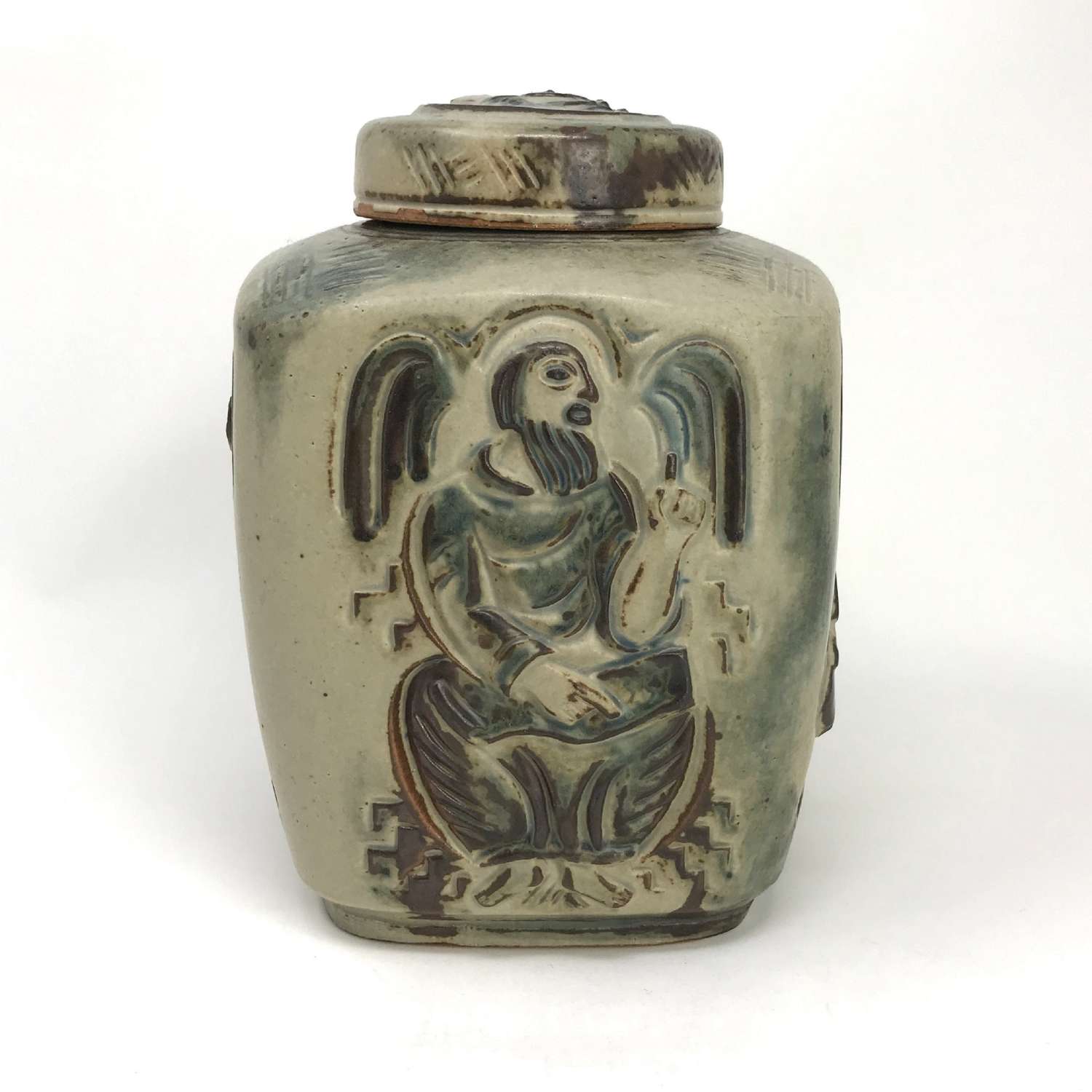 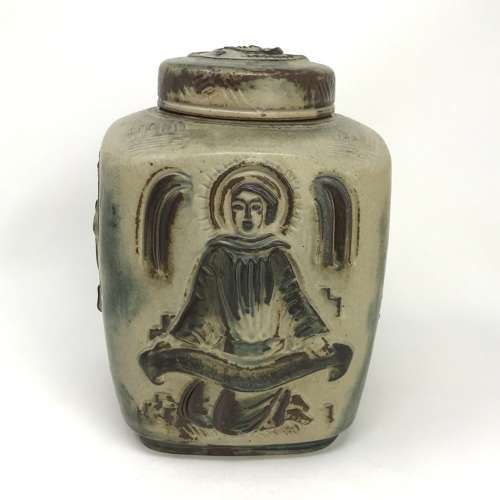 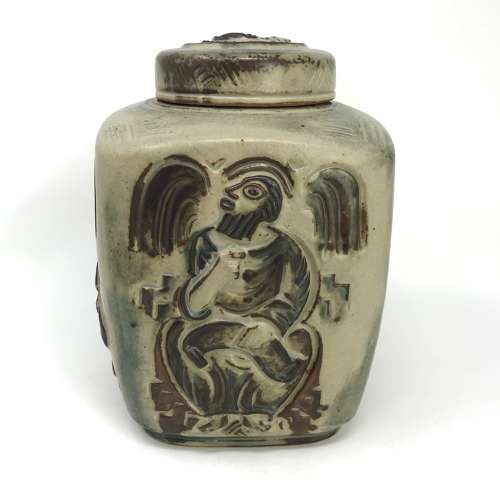 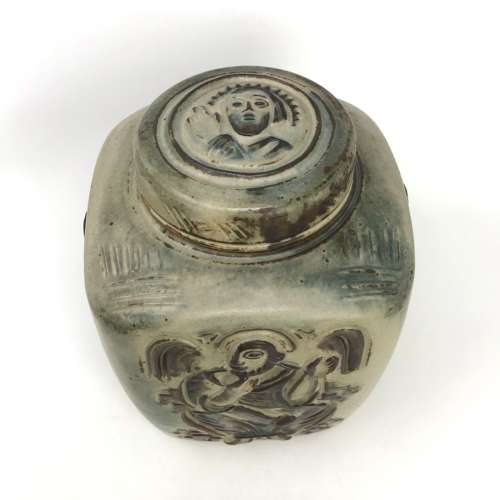 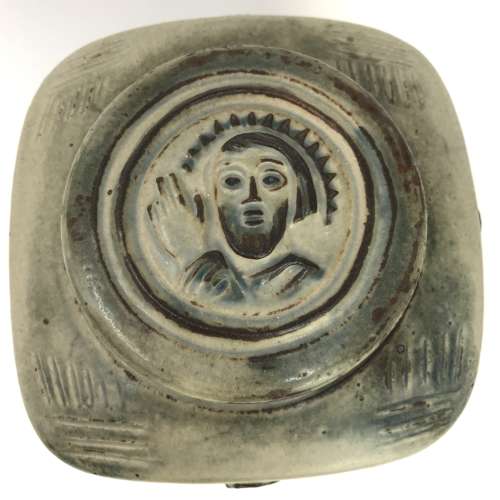 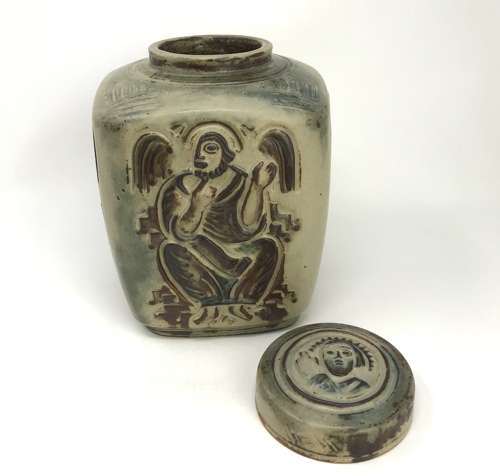 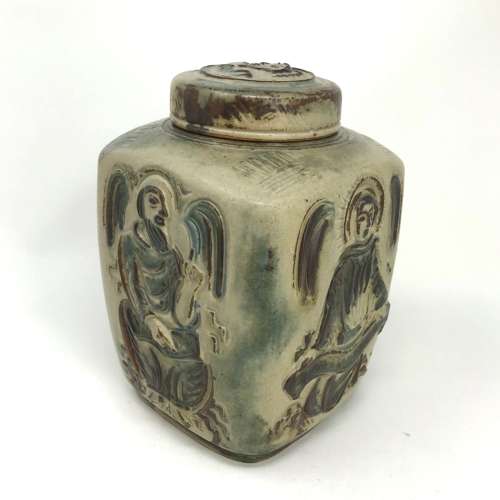 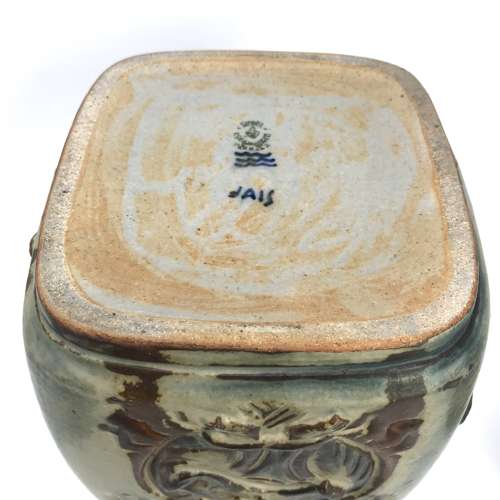 Jais Nielsen Temple vase depicting the four Apostles around the sides and Jesus on the lid. Royal Copenhagen c1950s. Vase and lid both with factory marks.