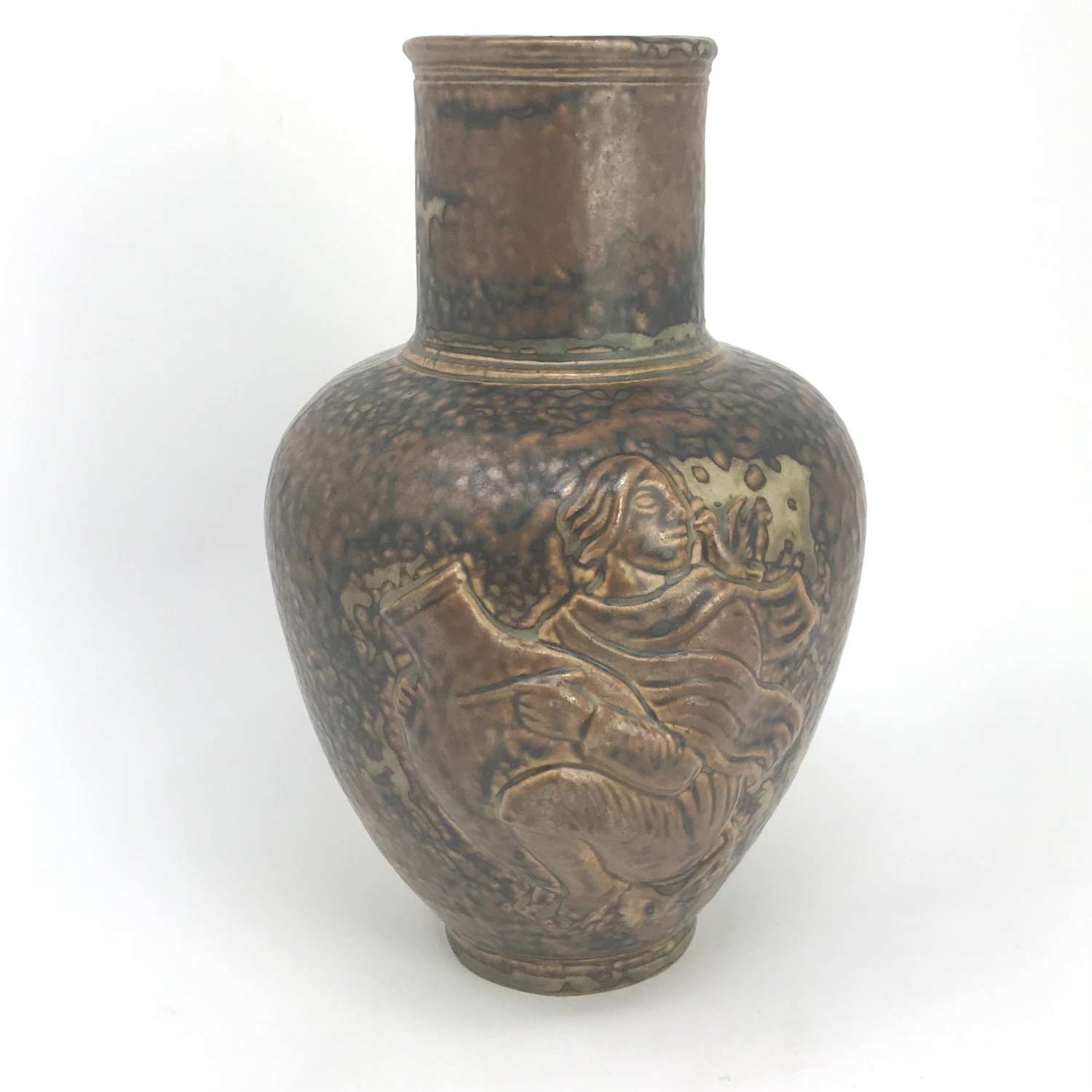 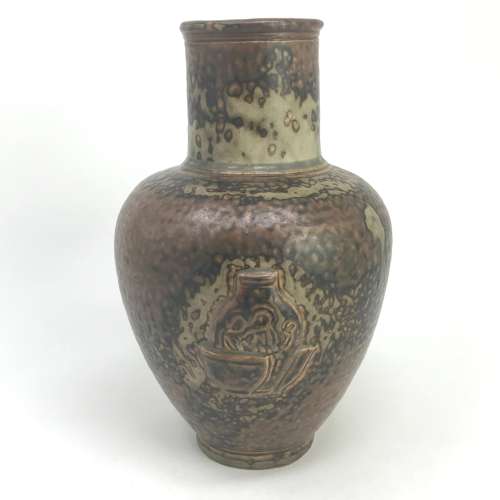 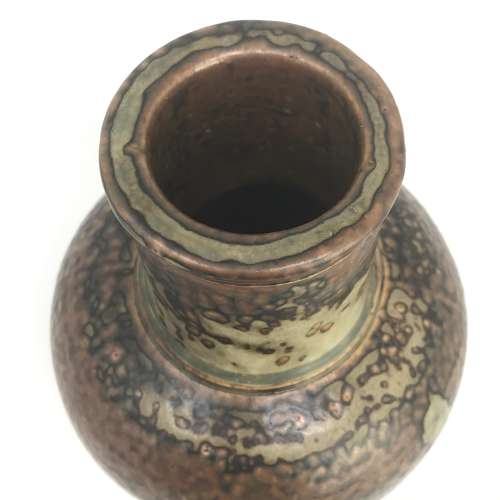 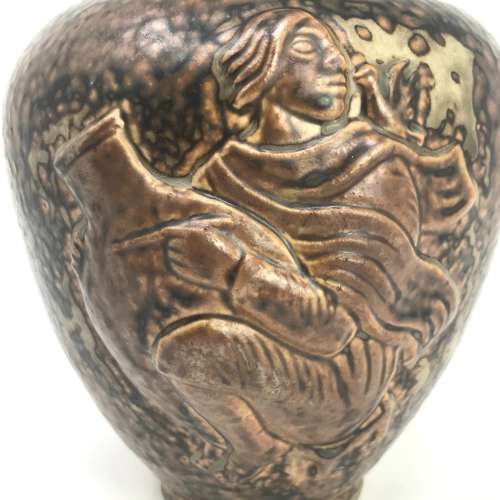 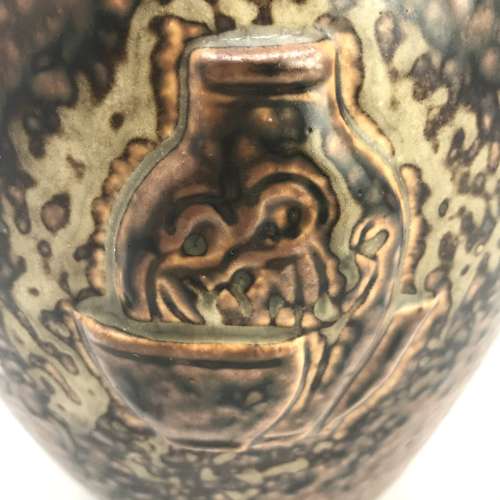 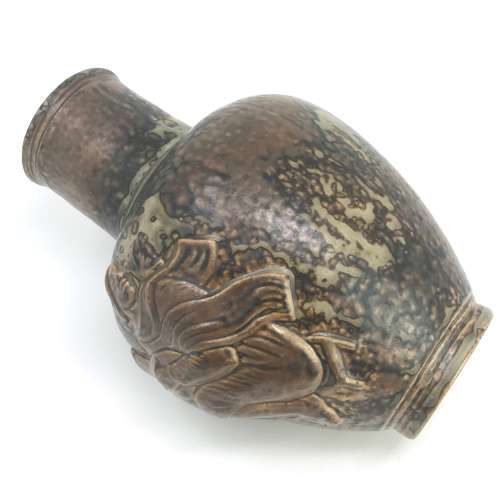 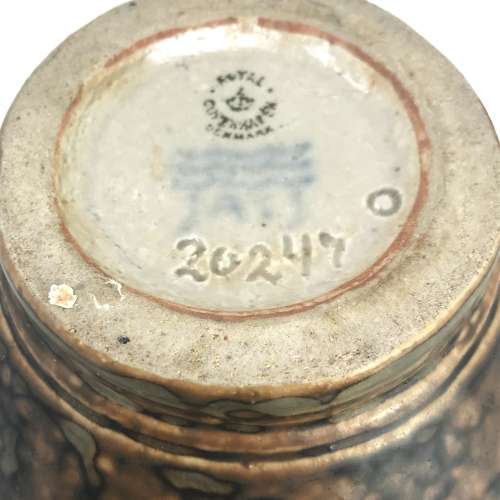 Jais Nielsen stoneware vase with a beautiful Sung glaze and relief molded design of a potter for Royal Copenhagen. This is one of his best known designs. Signed Jais to the base with the three wavy lines, model number 20247 and Royal Copenhagen mark. The date line is a little unclear but appears to be above the E which is for 1943.