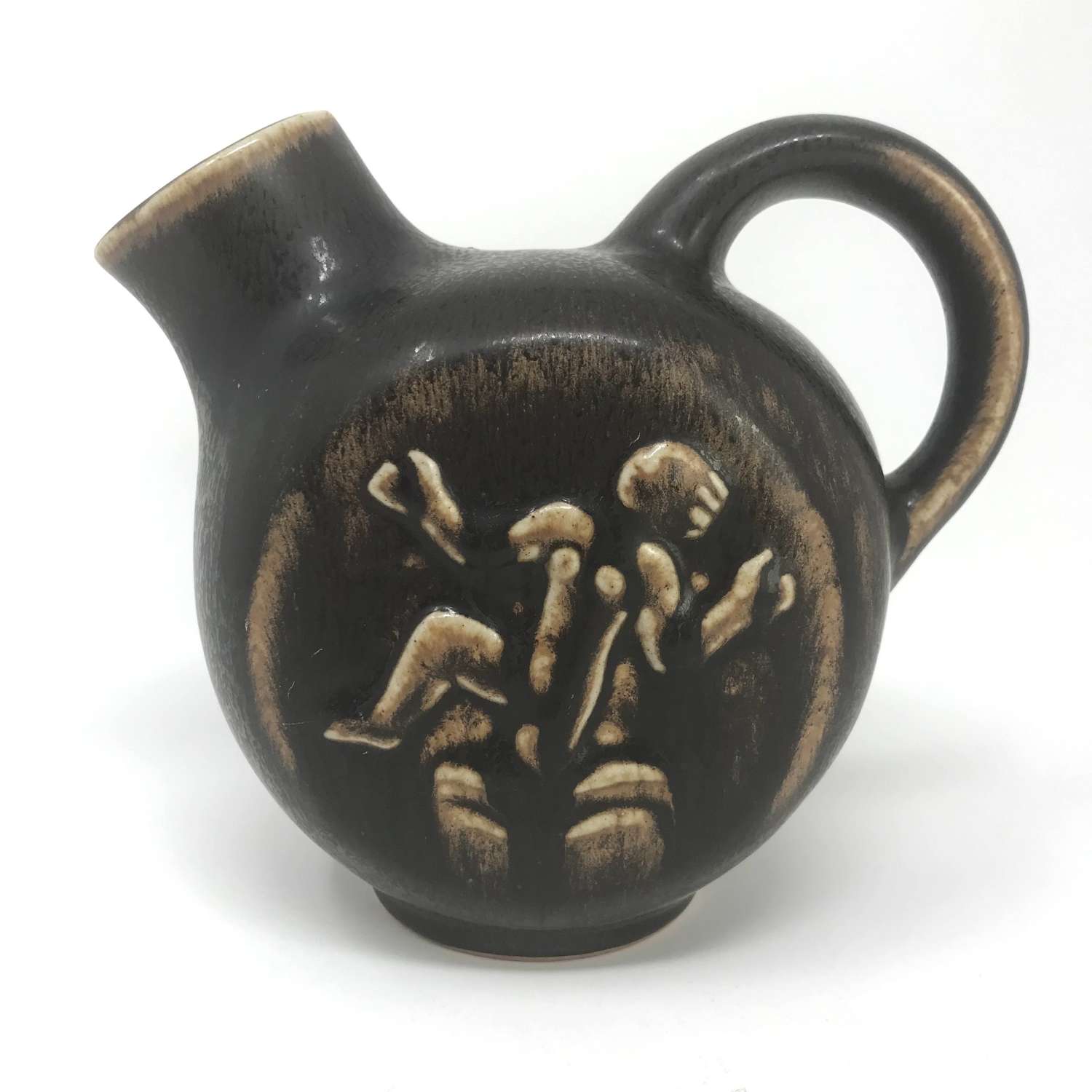 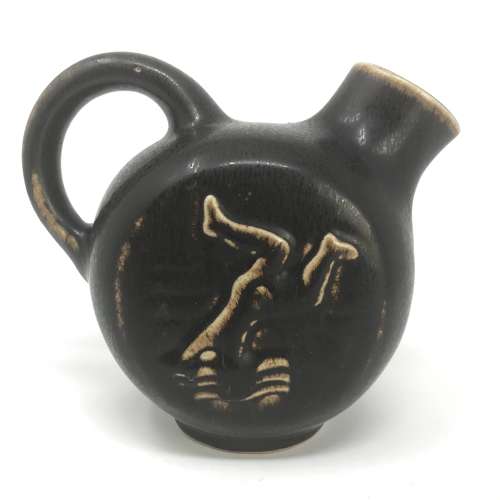 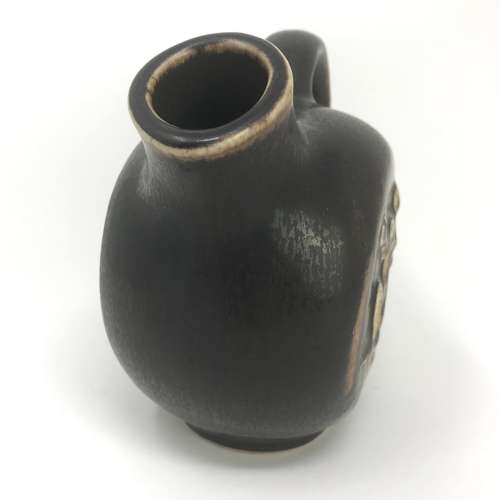 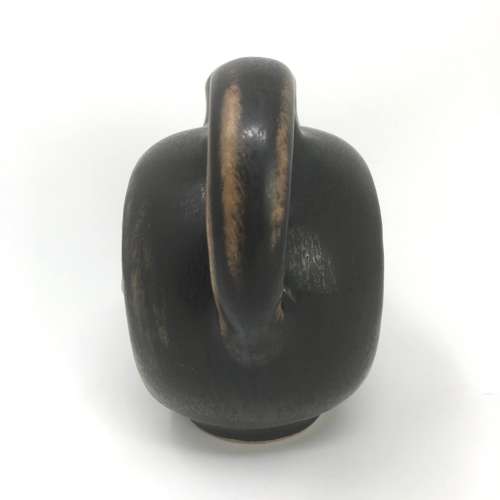 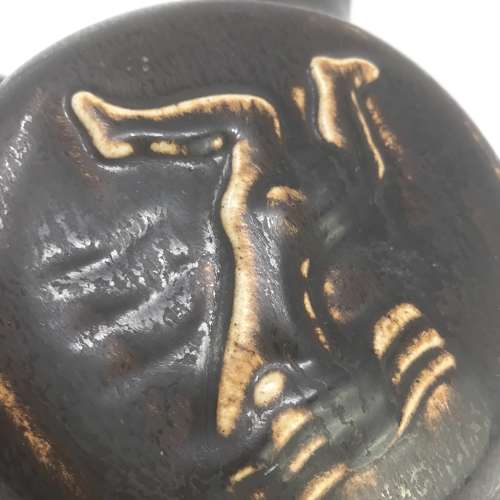 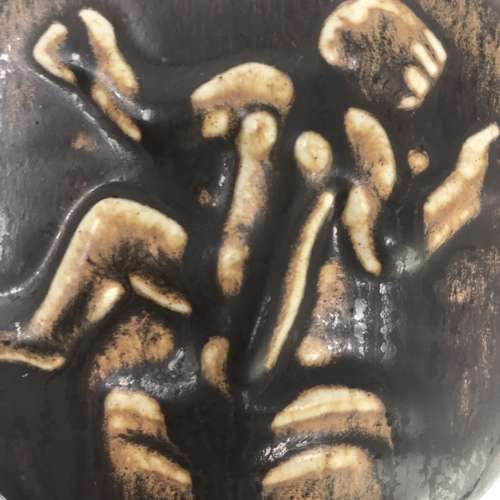 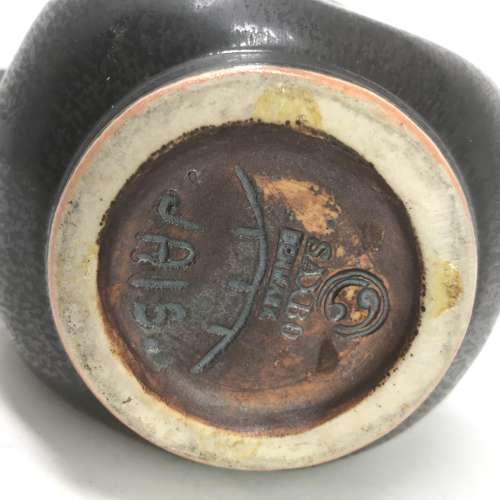 Jais Nielsen brown glazed stoneware water pitcher with moulded relief of a man diving into water on one side and emerging from the other. Probably a baptism reference. Made for Saxbo, Denmark c1940s. Jais Nielsen monogram and Saxbo marks to the base.