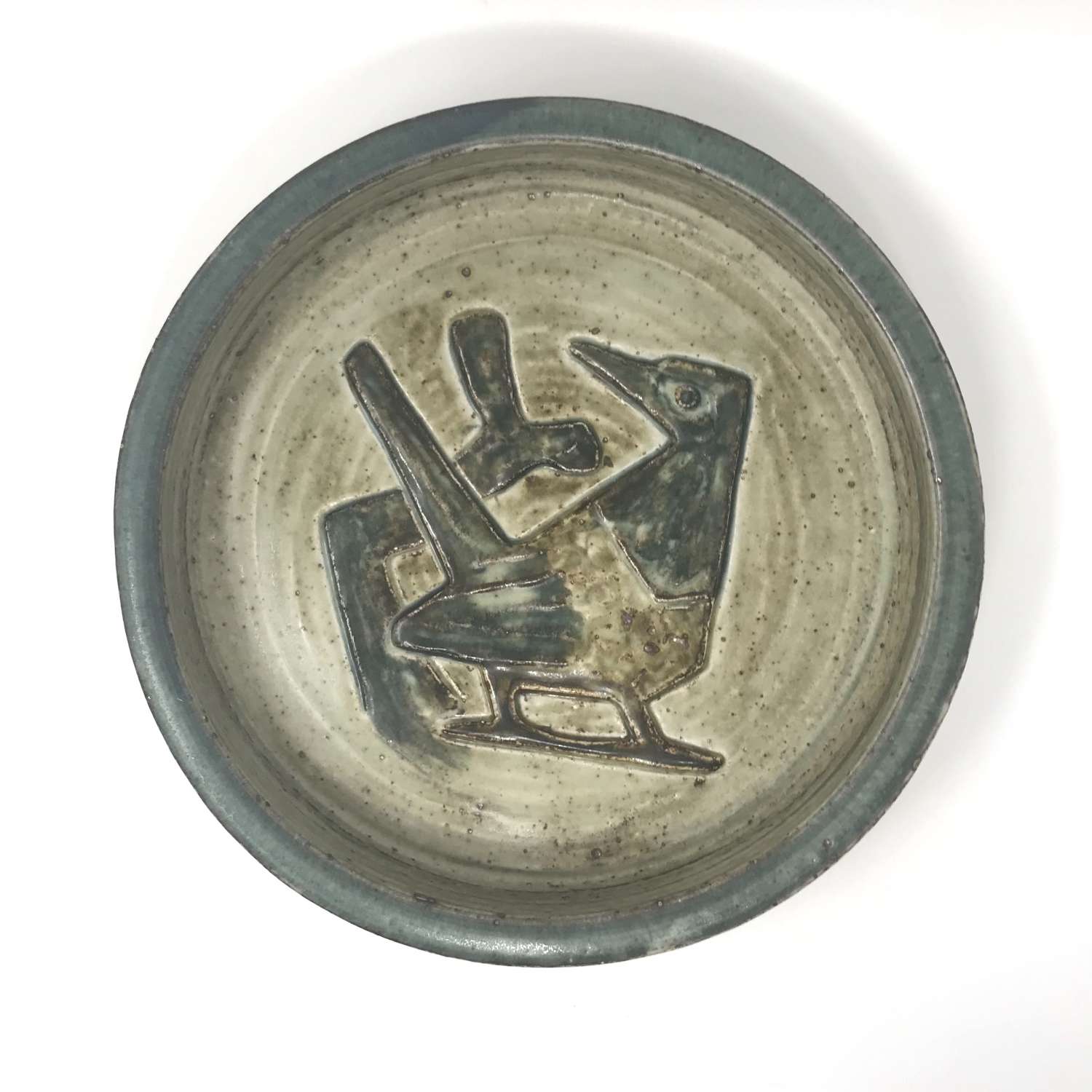 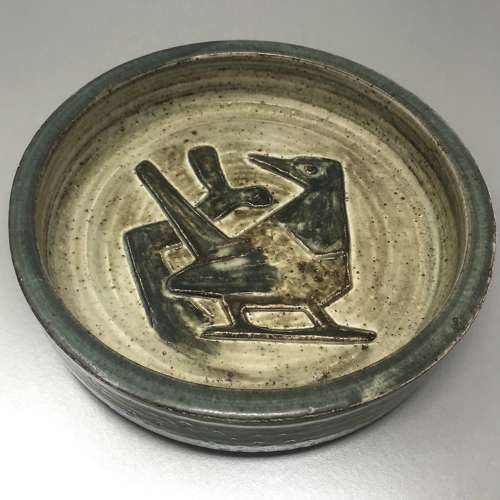 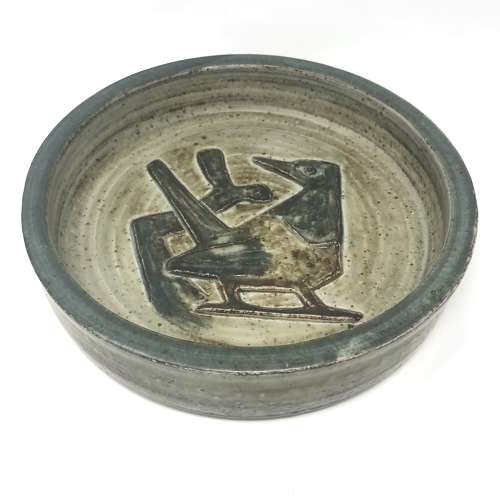 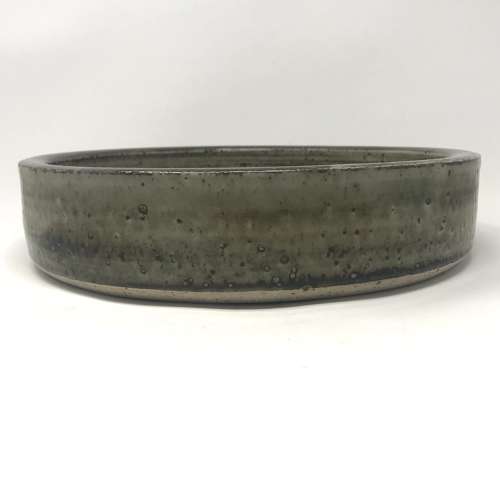 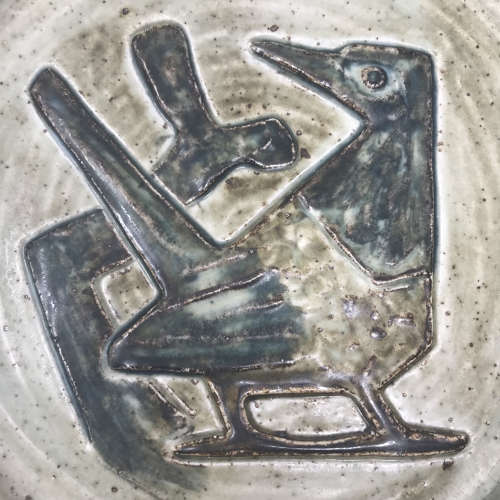 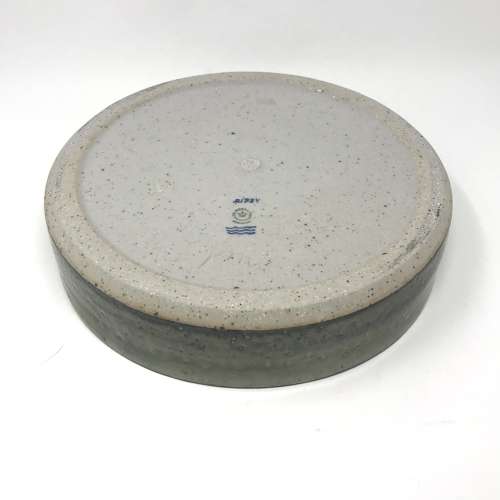 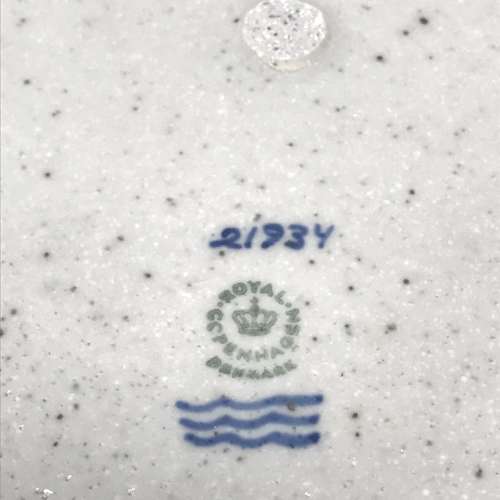 Jorgen Mogensen large ceramic bowl with bird motif for Royal Copenhagen, Denmark 1960s. Signed to the base: JM with factory marks and number 21934.

Heavy item. May require a postage surcharge for posting to outside the UK. Please enquire.