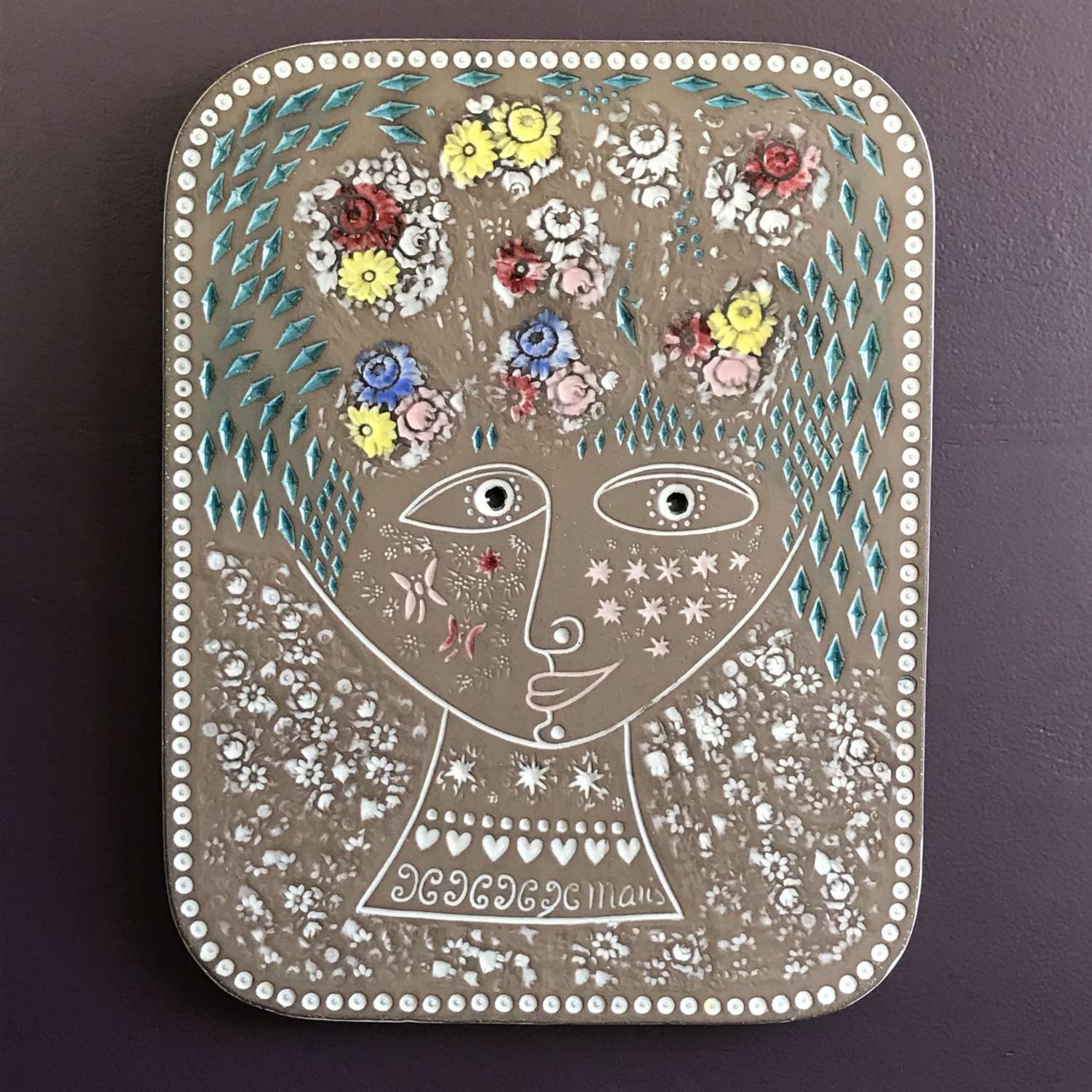 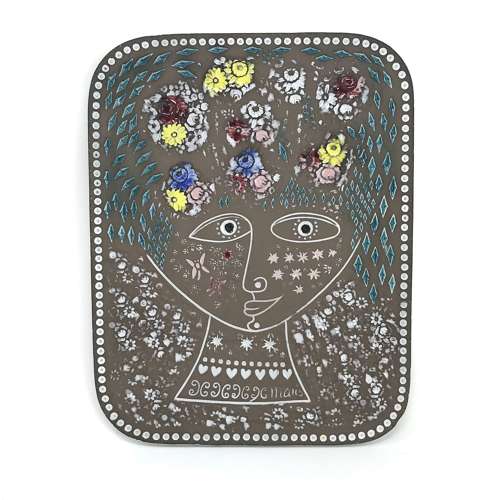 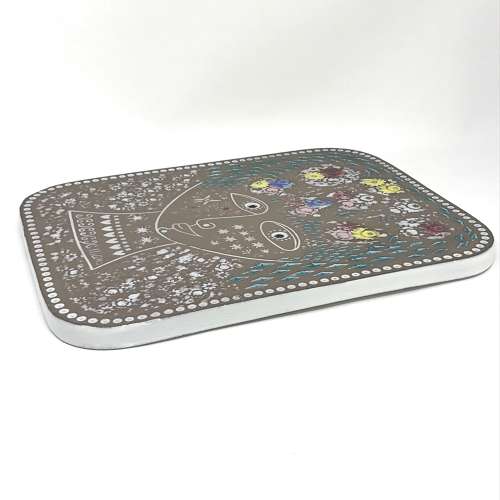 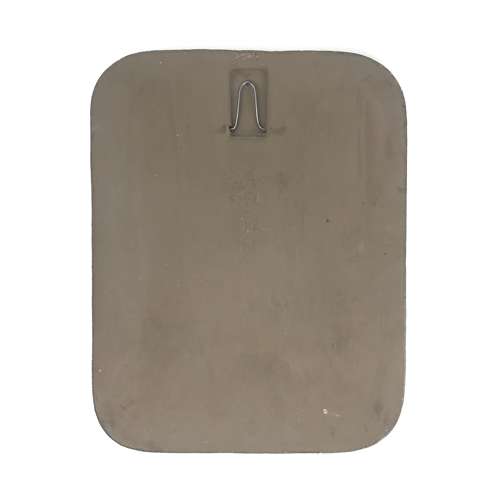 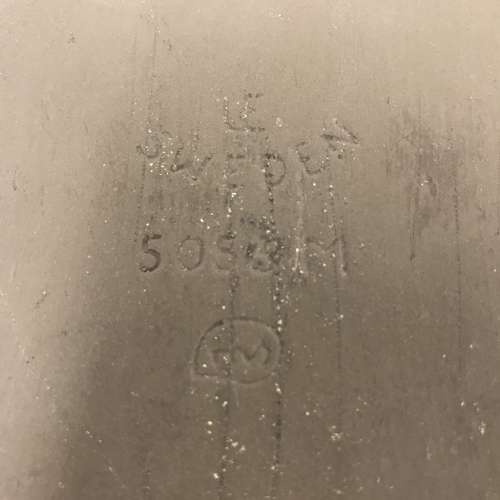 Mari Simmulson (1911-2000) Born in Russsia before the Revolution her parents fled with her to Estonia in 1917. She later settled in Germany but had to flee again in 1939 at the outbreak of the Second Wold War, this time to Sweden. By then she had studied art in Estonia and Finland. She began work at the Gustavsberg factory in 1945 and later moved to the Uppsala-Ekeby factory in 1949 where she would remain until retirement in 1972. Her colourful ceramics, often with images of women, birds or animals are highly distinctive. She is best known for her ceramic sculptures, trays and wall plaques. She is one of the pioneer women designers in Scandinavian ceramics.